Brooke Shields and KAWS, elves at the Morgan, plus more art world gossip 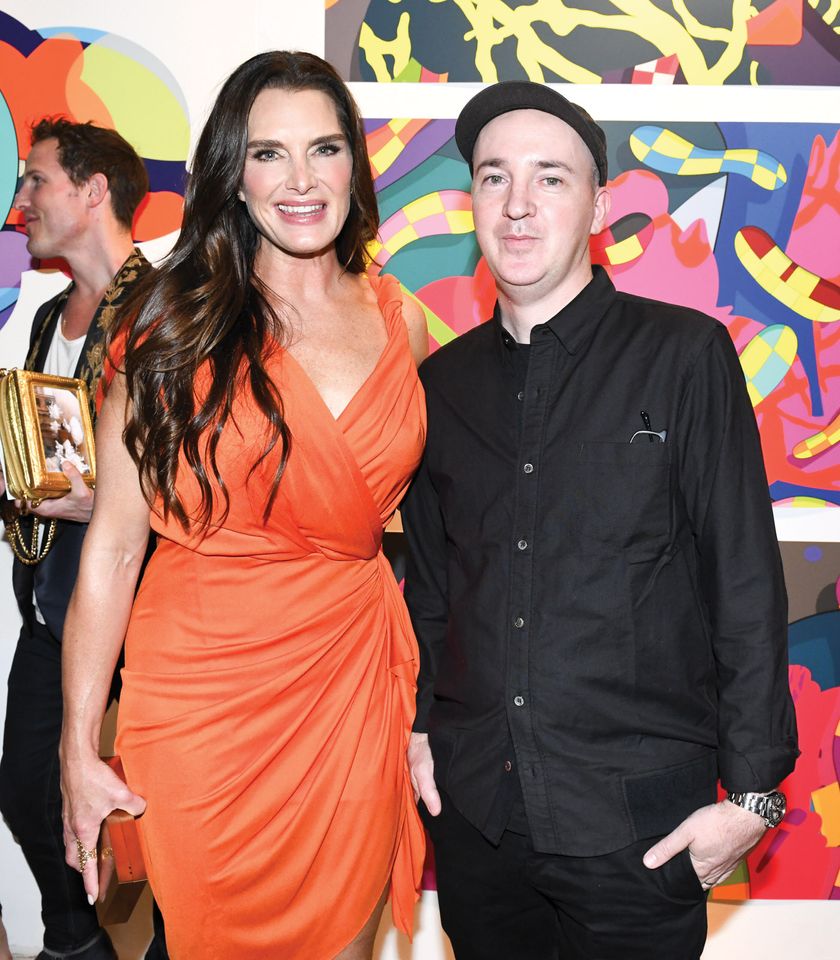 The New York Academy of Art’s Tribeca Ball is always among the most star-studded events in the city’s spring art gala circuit, and this year’s sightings included the actors Naomi Watts and Brooke Shields (both on the board), the 1990s supermodel Helena Christiansen and the music mogul Swizz Beatz, a supporter of the evening’s artist guest of honour, Kaws, aka Brian Donnelly. The artist, coming off his auction record, was largely left in peace. But we were most thrilled to spot a palm reader, who told us: “You have an editor’s mind.” She gave a delighted laugh to our wide-eyed reply: “I am an editor.” Her sage follow-up advice? “Give yourself a chance to do something where you don’t edit.” 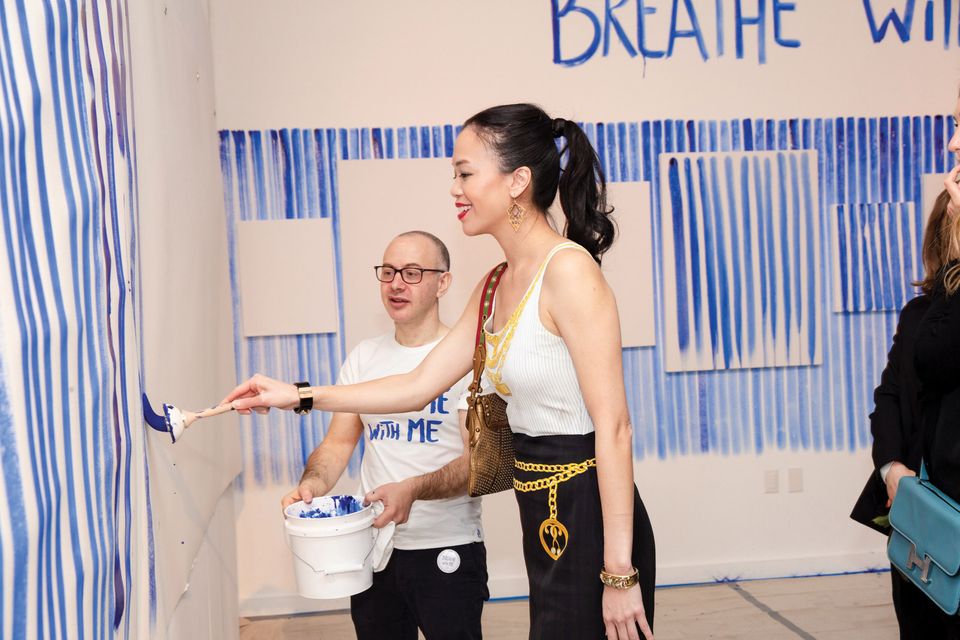 Brooklyn Museum Trustee and collector Carla Shen gets in the rhythm of Breathe With Me Photo by Liz Ligon; courtesy of PAF

Painting to exhale at PAF gala

Guests had nowhere to hide in the participatory artists’ projects at Public Art Fund’s annual spring benefit on 11 April. Shantell Martin asked them to bare their souls, from their personal goals to their idea of freedom, for a collective “portrait” of composite faces and snippets of phrases (from “wine” to “endless self-love”). She drew in black marker throughout the evening, while Jeppe Hein’s project Breathe With Me had guests methodically painting vertical blue stripes to the rhythm of their own exhalations. Thriftier visitors could add to a paper mural, while those who were feeling more philanthropic—or perhaps looking for some abstract art to hang above the couch—could paint on a canvas to take home for $1,000 to $4,000. Zak Kitnick staged a less meditative (but perhaps no less revealing) activity, a one-on-one competition in which visitors had one minute to place the most cut-out shapes onto a puzzle wall. We were challenged to a match by a fellow observer and won. But like any good millennial activity, all participants, victorious or not, got a (literal) cookie, cut into a shape from the puzzle. 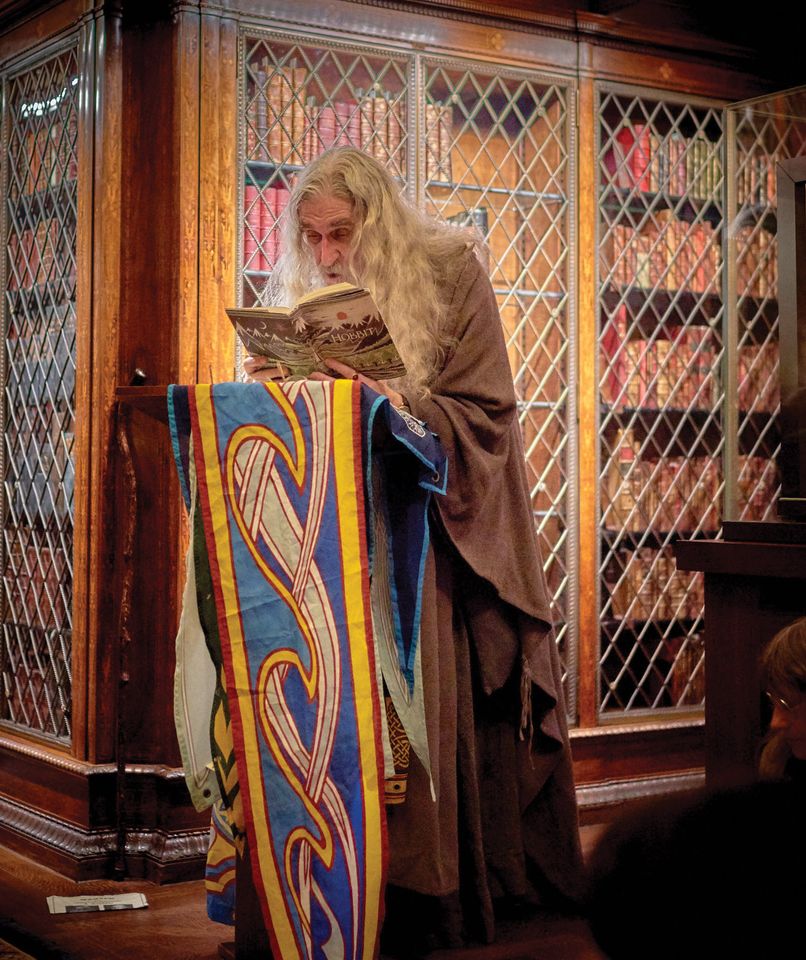 Middle-earth takes over the Morgan

Hobbits, wizards and elves showed up in droves at the Morgan Library & Museum last month for A Long-expected Party celebrating its exhibition Tolkien: Maker of Middle-earth (until 12 May). While the suitably folksy Lonely Mountain Band played in the Gilbert Court, fans of the fantasy author took turns reading out the entirety of The Hobbit in J.P. Morgan’s own library—where red wine was verboten to protect the historic carpets from spills. And just as long as the queue to get into the party was the one to the exhibition upstairs, where visitors could see J.R.R. Tolkien’s original drawings, notes and book covers for The Hobbit and Lord of the Rings series. 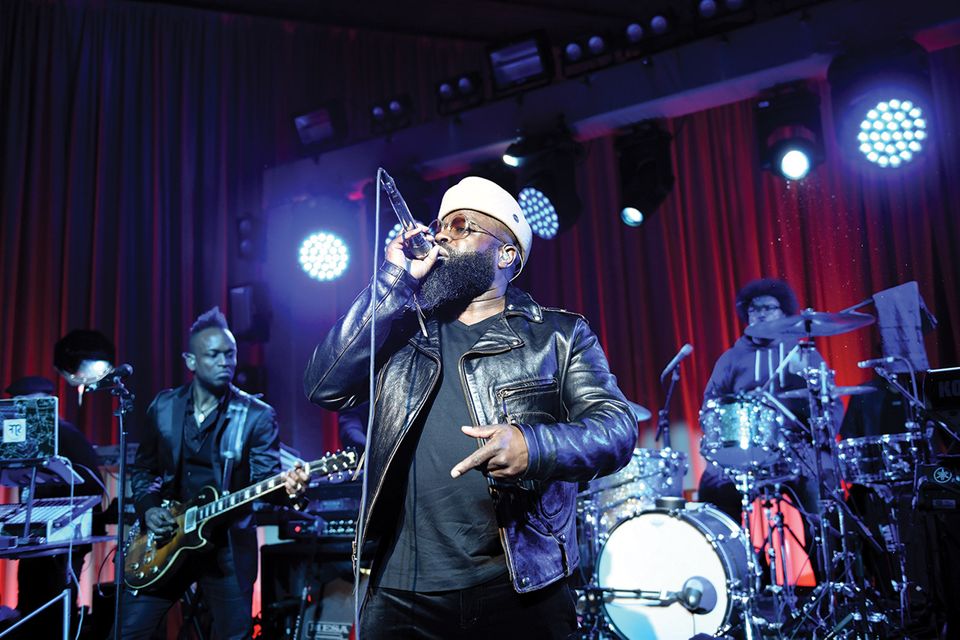 Hip-hop band The Roots turn up the volume in the Met’s Great Hall Courtesy of The Metropolitan Museum of Art/BFA.com

The Roots rock the Met

The Metropolitan Museum of Art’s Great Hall temporarily turned into a concert venue for the opening of its show Play it Loud: Instruments of Rock & Roll (until 1 October), co-organised with the Rock & Roll Hall of Fame. Just outside the Greek galleries, the hip-hop band The Roots wowed the crowd, which included legendary rockers like The Who’s Pete Townshend—whose smashed guitar, suspended in lucite, is in the show—and hardcore fans like Jeff Koons, who was hoping to catch a glimpse of one of his idols, Jimmy Page. The Led Zeppelin lead guitarist did not take the stage, but he did visit the show and seeing the acoustic guitar he used to record Stairway to Heaven hanging in the Met is a surprisingly humbling event. “This day is something I never would have dreamed of my whole life,” Page said at the press preview.