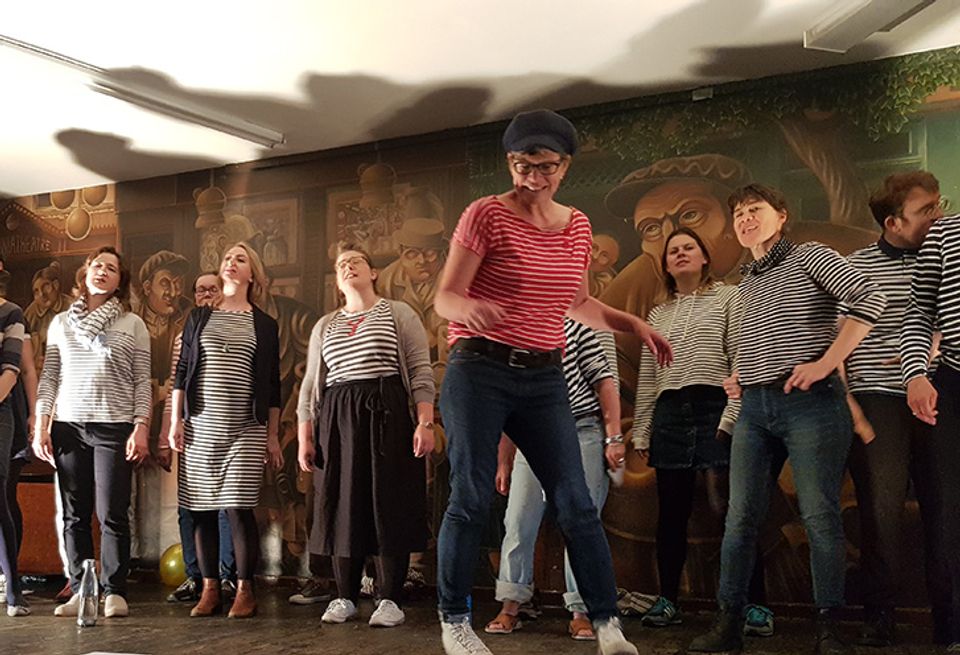 The stirring sounds of sea shanties are not what you’d expect to be emanating from a community hall in Hoxton, East London. But such is the nature of the independent, not-for-profit space PEER that it makes the most surprising things happen. Modest in scale but big in ambition, for more than two decades this small shopfront space on Hoxton Street has given important shows and commissions to the likes of Martin Creed, John Frankland, Mike Nelson and Danh Vō. Indeed, Chris Ofili’s Black Hands (2016), a four-m-high clock which has twelve of his 'afro-head' pencil drawings in the place of numerals, has become an East London landmark, permanently installed on the pavement outside. It is also the artist’s only permanent public commission in the UK. 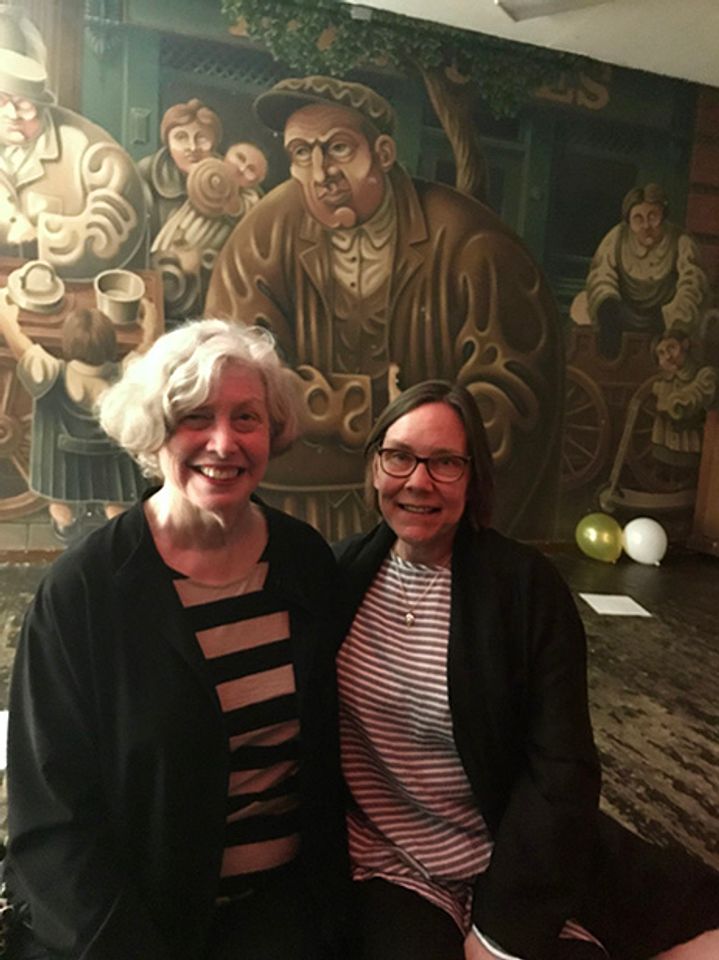 Last night’s salty sea-dog songs were performed by the local Dalston-based London Sea Shanty Collective at PEER’s annual friends-and-patrons dinner, perhaps in oblique reference to PEER’s impressive ability to remain buoyant in the often choppy waters of arts funding. It has now become a tradition that PEER friends and patrons gather for this event against a backdrop of dramatic murals painted by the East London artist Charlie Wakefield in the nearby Regan Way Community Hall, and that each dinner is held in honour of a chosen individual. 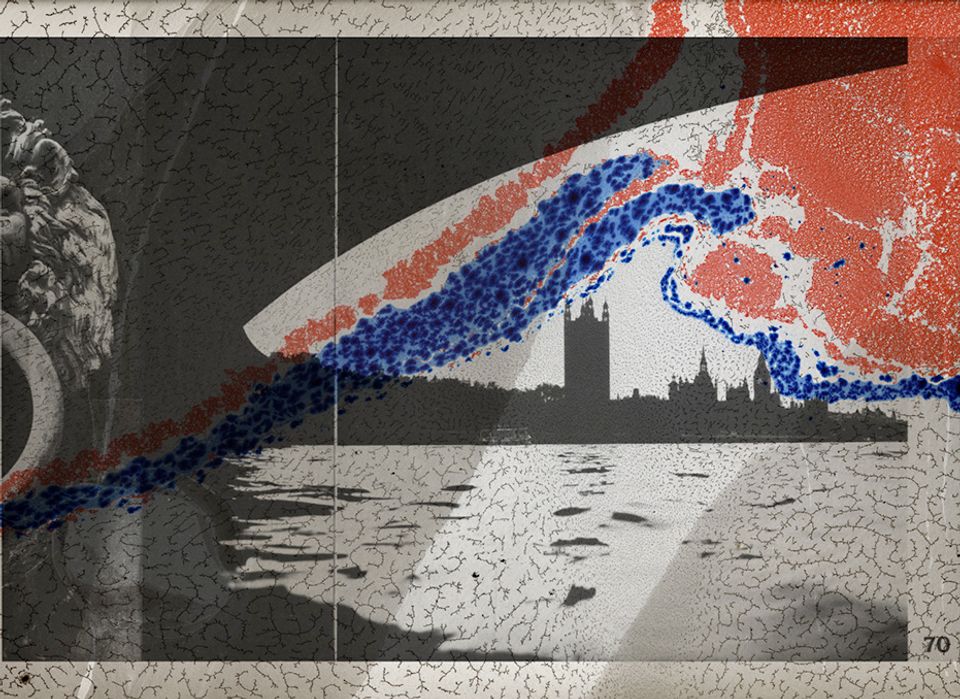 This year it was the turn of the much-loved Jenni Lomax, the former director of the Camden Arts Centre, to be celebrated by a crowd that included the artists Bob and Roberta Smith, Jeff McMillan and Joy Gerrard—many of whom were clad in matelot stripes to continue the evening's nautical feel. Described by the PEER director Ingrid Swenson as an “artist-first role model and mentor to me and to so many of us,” Lomax in turn described PEER as “lean, not mean”. She then further channeled the seafaring theme by proposing a toast to “the good ship PEER, its captain and crew and all who sail in her”.

As a memento for the evening, Abigail Reynolds—who showed with PEER last year—created a special series of handmade works-on-paper for all the higher-tier PEER patrons. These depict the Houses of Parliament framed by ominous swirls of red, white and blue, hand-marbled by the artist. With the Brexit deadlock ongoing and the European elections looming, they no doubt point to yet more stormy seas ahead.