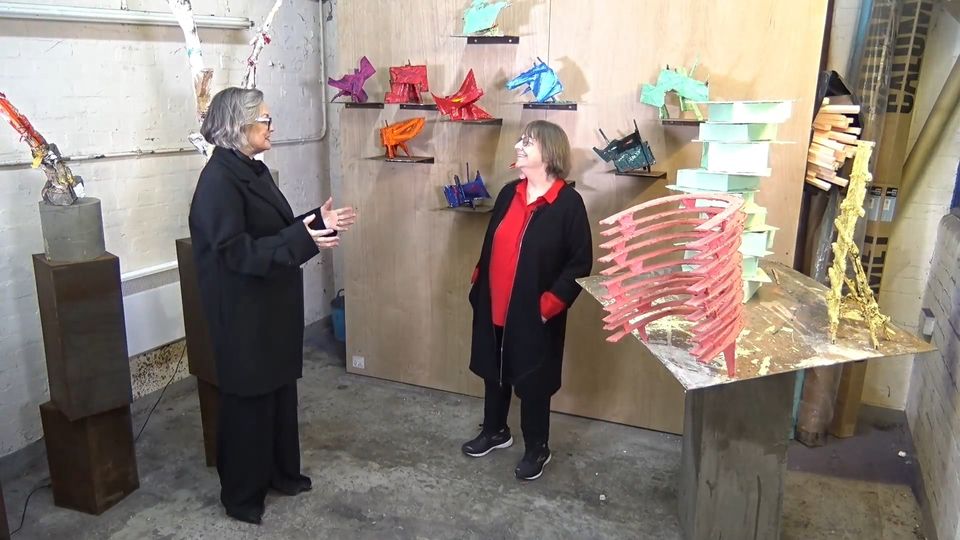 The Contemporary Art Society (CAS) has shown itself to be especially resourceful in supporting art and artists during these difficult times.

Weeks into the first lockdown the London-based charity launched a crowdfunded campaign with limited edition artist-designed facemasks for a Rapid Response Fund to purchase works from British-based artists for museums and galleries across the UK. This was a resounding success with masks by David Shrigley, Linder, Yinka Shonibare and Eddie Peake helping to swell the fund to more than £200,000, enabling purchases and commissions that benefited a total of six artists and six museums.

Now during a second lockdown CAS found an ingenious solution for its annual artist-hosted fundraising dinner which took place on Tuesday night. In the past, this popular event has ranged from stew cooked by Conrad Shawcross in his live-work space, Shakespeare recitals with Lynette Yiadom-Boakye and a Brexit bingo evening in the Hackney studio of Michael Landy. This time it was the turn of Phyllida Barlow to host what was CAS’s first virtual dinner. In acknowledgement of everyone’s house-bound situation, the dress code was pyjamas and although it was perforce a screen-based experience, impressive efforts were made to ensure that the evening offered exclusive encounters with the artist, her work and the different circumstances and spaces in which it is made. The three course Ottolenghi dinner delivered to the home of each guest was, however, reassuringly analogue. 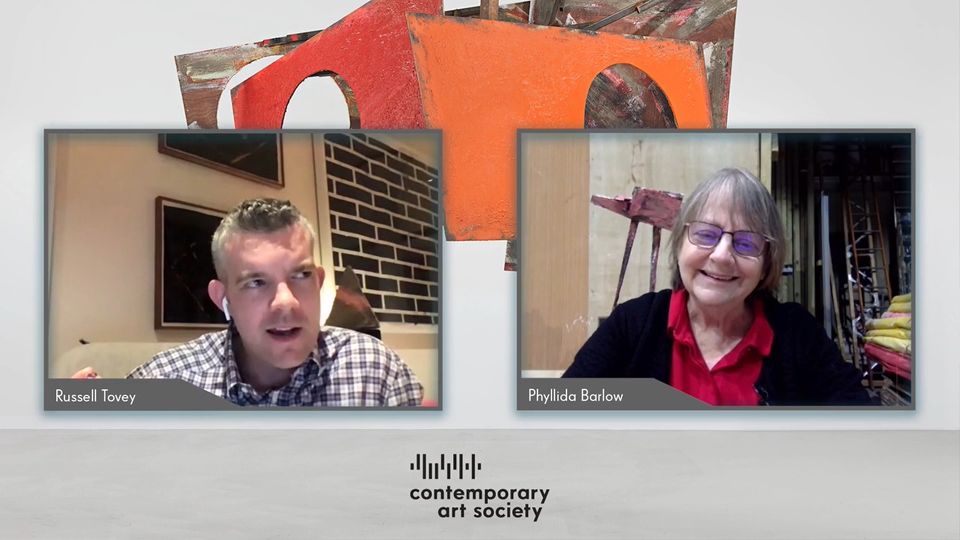 From their various homes, 76 elegantly pyjama-ed guests—including the collectors Valeria Napoleone and Fatima Maleki and their families—were given a preliminary view of Barlow’s small studio in her North London home where, since 1978, she has made all her drawings and smaller works. These were described by Barlow to CAS director Caroline Douglas as “engines for everything I do on a large scale”. Next was a live link to Barlow’s more capacious South London studio where she took part in an in-conversation with the actor and 2021 Turner Prize judge Russell Tovey, who was ensconced in his East London flat. Here Barlow gave an account of her current sculptural designs for the Mozart opera Idomeneo, premiering at the Bavarian State Opera in Munich next summer. These include a huge boulder-like element on which the cast will be able to climb. The widely-ranging talk also covered Barlow’s love of the “ruined brutalist architecture” of Kiev and her relish of the “fleshy world” of the now shuttered Titian exhibition at London's National Gallery.

There was also a tribute from Andrew Bonacina, the chief curator of the Hepworth Wakefield museum in Yorkshire, which over the years has received over 100 artworks from CAS, and a musical interlude to celebrate Barlow’s first commission for the opera, with the soprano Natasha Day delivering a spirited performance from Idomeno, accompanied by David Malusà on the piano.

Thanks to the combined efforts of all these participants, most notably Phyllida Barlow who also gave five works on paper to be sold as part of the event, as well as donations made from guests throughout the evening, this virtual pyjama party raised more than £86,000. Enough for CAS to continue its charitable work at a time when it is needed the most.