Sheltering from a rainstorm at the mill, Vincent and his brother Theo made a teenage pact 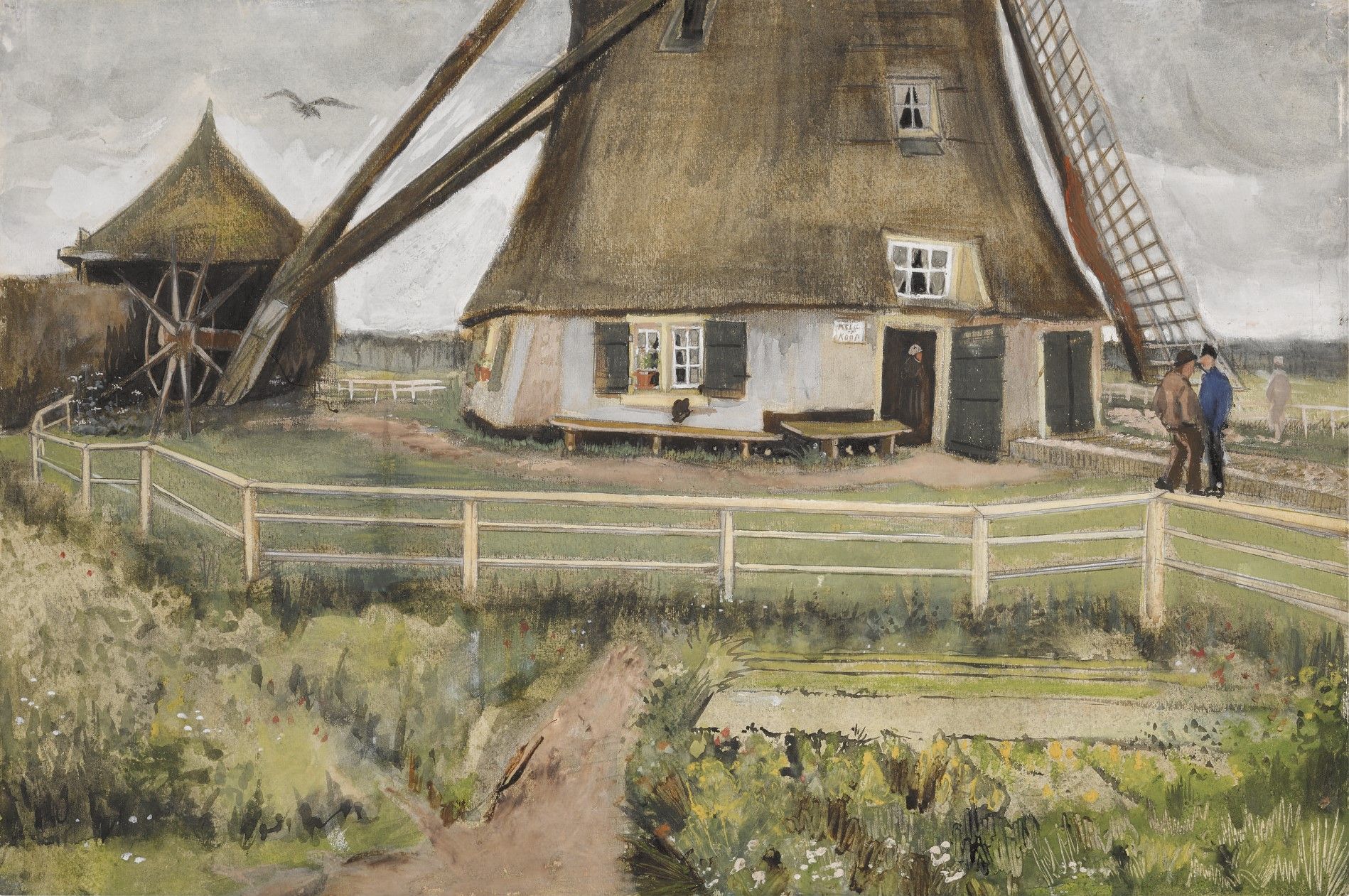 One of Van Gogh’s earliest watercolours is to be auctioned at Sotheby’s, New York on 8 December, estimated at $2m-$3m. The Laak Mill near The Hague dates from July 1882, when Van Gogh was beginning to paint with watercolours and explore the use of colour. He was then living in The Hague with Sien Hoornik, a former prostitute, in a small apartment a short walk from the mill.

The Laak Mill held a deep emotional significance for Vincent and the key to the painting lies in a tiny sign which can just be made out near the door of the windmill: “Melk te koop” (Milk for sale). The mill keeper sold milk for 1 cent a glass, from a cow kept just outside, along with herrings. 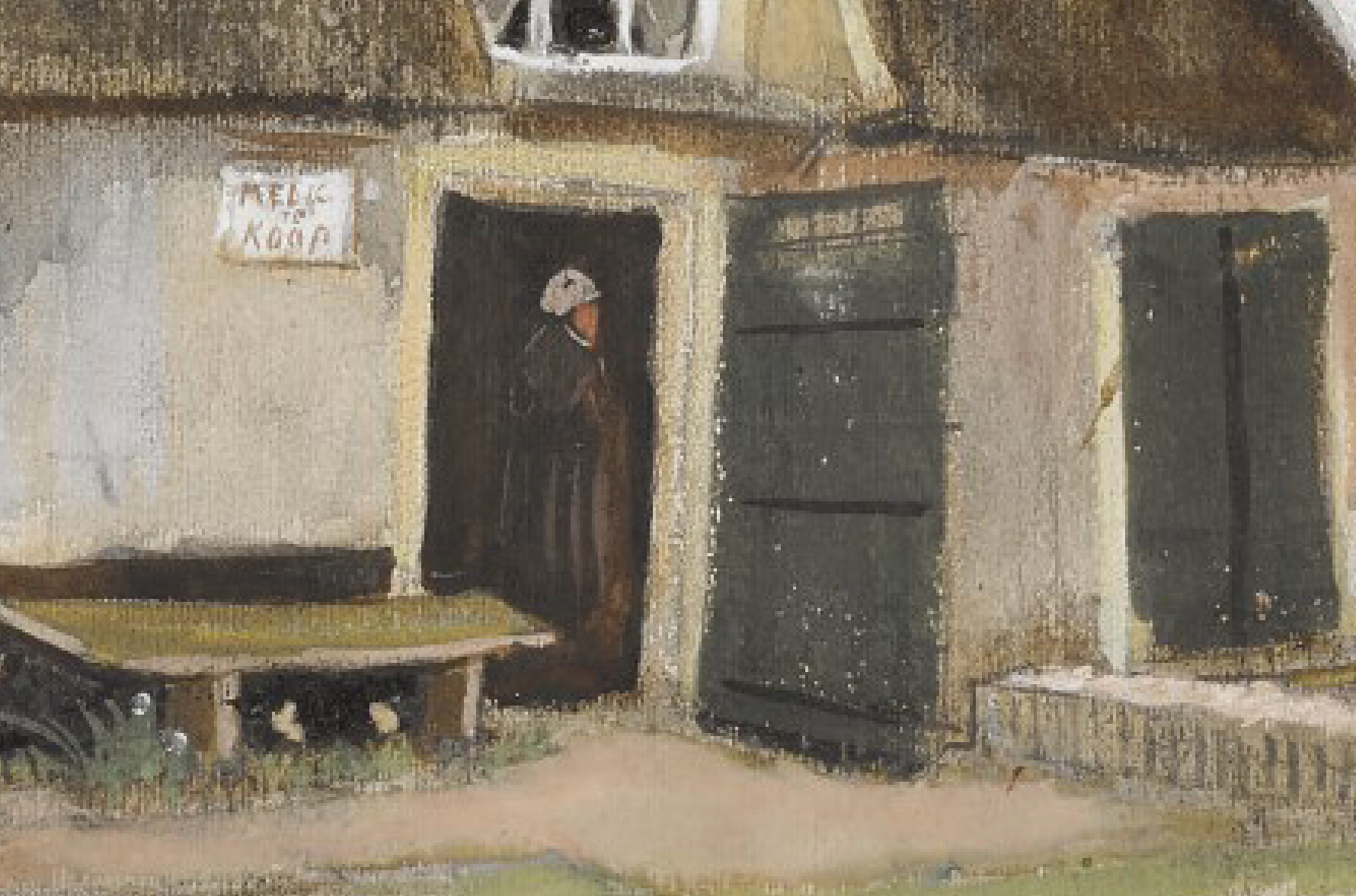 As teenagers, Vincent (19) and his younger brother Theo (15) had a memorable conversation at the Laak Mill, which lay on the track between The Hague and the village of Rijswijk. Sheltering from a rainstorm at the mill in 1872, they made a commitment to each other which would affect the rest of their lives.

A year later, when Vincent was in London working as a young art dealer, he wrote to Theo reminiscing about their conversation at the Laak windmill, “where we drank milk at the mill after the rain”. Vincent commented that the occasion “holds memories for me which are perhaps the most delightful I have had”. He mentioned the windmill and the walk to Rijswijk again in later letters.

The two brothers had talked about supporting each other and, most significantly, it seems that they also discussed future careers: “Both you and I thought then about becoming painters”. Although Vincent eventually embarked on this vocation, Theo always remained an art dealer. But commitment there certainly was, and Theo would later support his brother financially for nearly a decade, enabling Vincent to become an artist.

In the watercolour, it is just possible that Vincent intended that the two small figures standing outside the mill should represent Theo and himself.

Although windmills were naturally a common subject in Dutch landscape painting, what is striking about Van Gogh’s audacious watercolour is the way that he abruptly cropped out the upper part of the structure, forcing us to focus on the ground level. The picture is also boldly divided in half by the zigzag wooden fence. 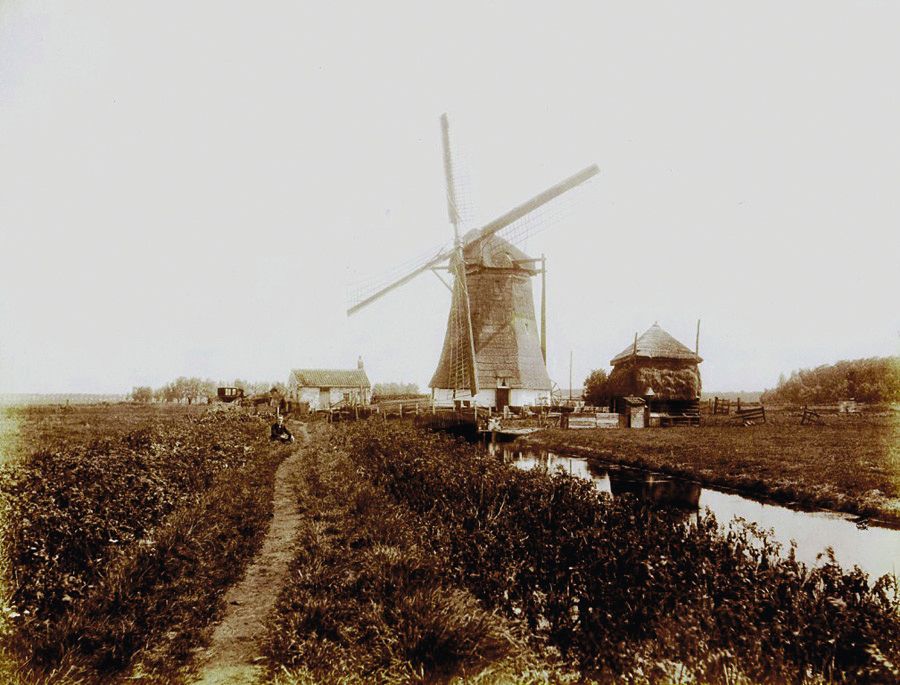 The Laak Mill, photographed by Wolrabe in about 1885 Courtesy of Sotheby's

Dating back to 1699, the Laak Mill was used to raise water for drainage until 1938. It still survives, as a private residence just south of the city centre of The Hague. 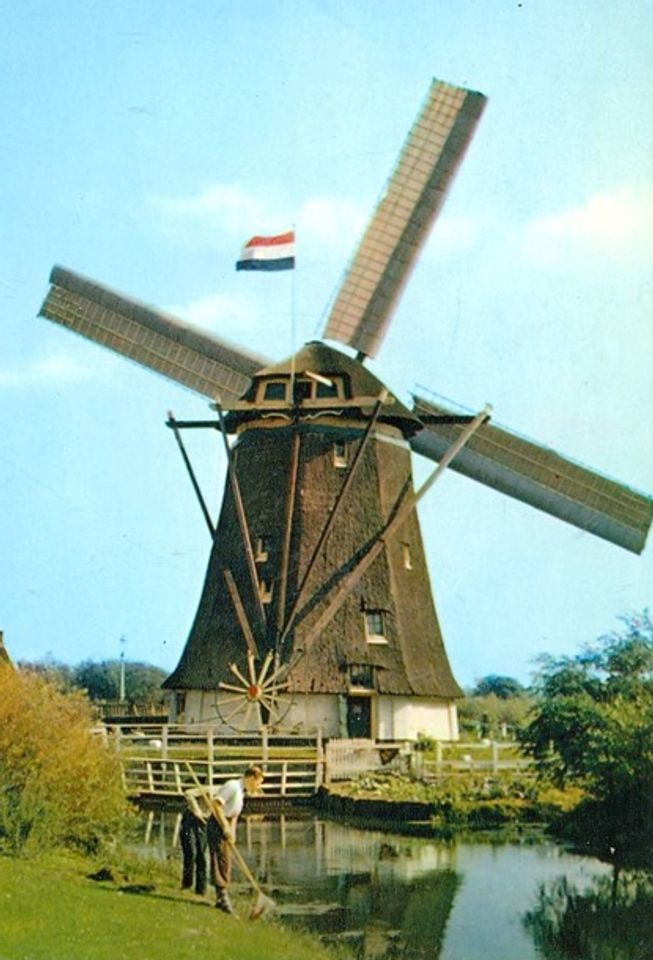 Van Gogh's Laak Mill near The Hague has only been shown in an exhibition once, in Amsterdam in 1961. Always hidden away in private collections, it was sold at Sotheby’s in 1984, going to a New York collector. It was later handled by three dealers (M.S. Rau in New Orleans and Alon Zakaim and Simon Dickinson, both in London) before going to auction again.

At Christie’s in 2015, when the market was booming, it fetched £2.3m (then $3.6m), again going to an American buyer. It will be interesting to see whether next week at Sotheby’s digital evening sale it exceeds the current high estimate of $3m to reach the 2015 price.