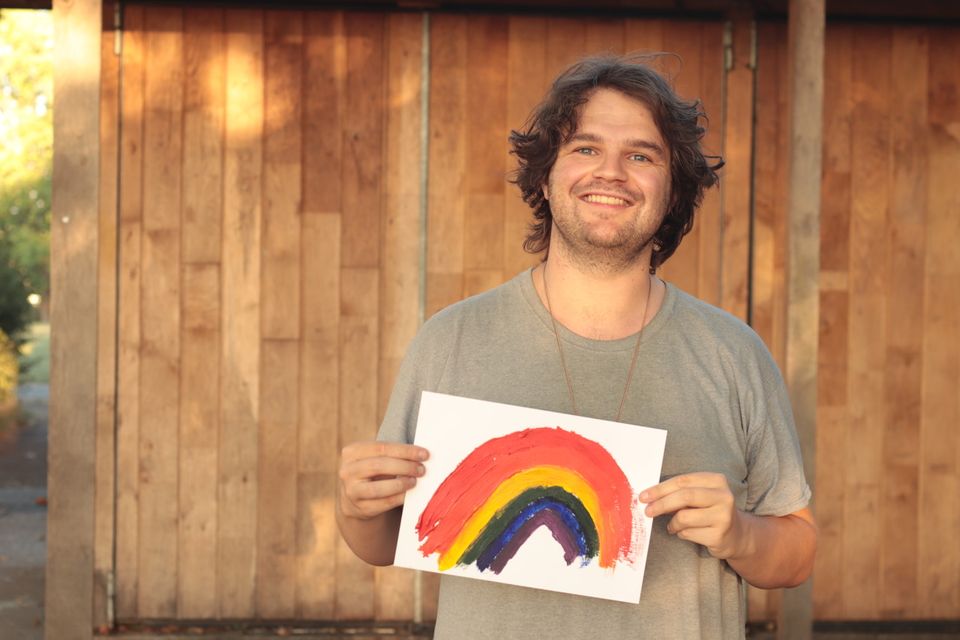 Is the NHS rainbow you put up at the beginning of lockdown starting to look a little faded? Now that we are not clapping every Thursday, and government policy becomes infinitely more erratic than the weather, the rainbows are starting to come down from the nation’s windows even though our gratitude to the NHS remains undiminished. But rather than chuck them out, the French-American artist Guillaume Vandame is asking the British public to send him their discarded rainbow art so that they can become part of a collective work that he is putting together to mark this most strange of years.

Love is lighter than air will combine all the rainbows that Vandame receives into one big work, devoted to this symbol of hope that, pre-Covid, was synonymous with the LGBTQIA+ community. The open submission for everyone’s rainbows will run until the end of December, after which they will be united and put on display. “They will all be equally important—there are no hierarchies” promises Vandame, who up until this April was one half of the Kettles Yard Open House 2019-20 artist-in-residence programme, working with the fellow artist Josh Wright and the local community on a range of projects predominantly centred around individual wellbeing.

Vandame also has a track record with rainbows and mass participation. Last year as part of Nocturnal Creatures, the Whitechapel Gallery’s free late night contemporary art festival, he led a parade of individuals from throughout the LGBTQIA+ community who took to the streets dressed in the colours of the rainbow flag (plus pink) in support of equality and free love. “As a queer artist I now want to open up what the rainbow means to different people,” he says.

The search is currently on for a location for Love is Lighter than Air which, unlike the Victoria and Albert Museum’s call for rainbows, will take an analogue rather than a digital form. “It will be a living artwork, very present and also an archive, a cultural artefact from the time we are living in now,” declares Vandame. And as for what form the ultimate piece will take, this will be determined by the number of works that are sent in. “What’s really exciting about this project is that it is limitless and indeterminate—just like a rainbow.”