Should a modern extension be tacked on to a 15th-century architectural masterpiece? 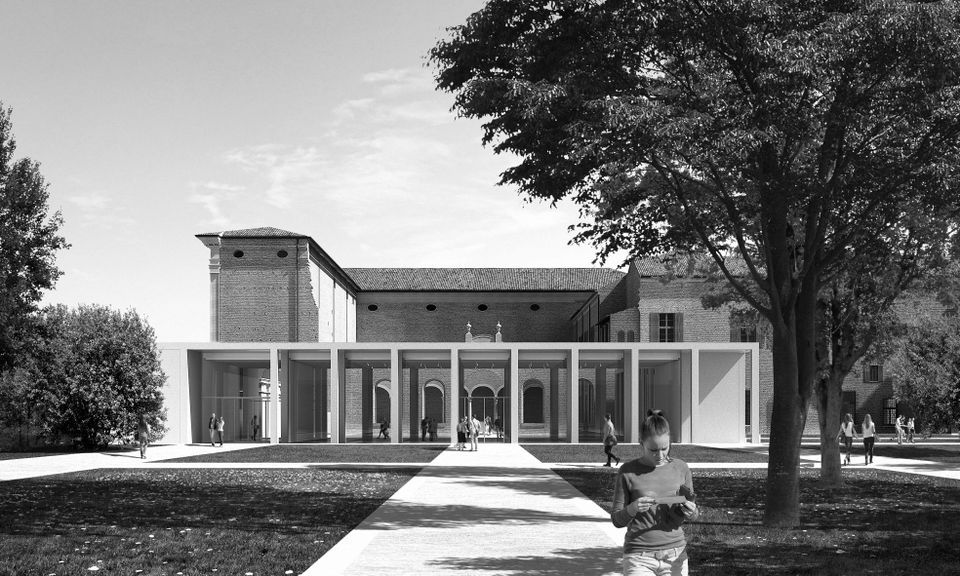 A rendering of the view of the Palazzo dei Diamani and proposed extension, as seen from the rear garden Courtesy of Labics

Should a modern extension be tacked on to a 15th-century architectural masterpiece? Plans for a radical extension on the Palazzo dei Diamanti in Ferrara, Italy, has enflamed the country's culture minister, Alberto Bonisoli, who said last week that he will block the project.

In 2017, the architectural firm Labics won the competition to design a much-needed new wing for the Palazzo dei Diamanti in Ferrara, which takes its name from the distinctive façade dotted with 8,500 diamond-shaped ashlar stones. The planned €3.5m steel and glass exhibition expansion, encompassing a café, toilets and bookshop, will stretch into the rear garden, spreading across 660 sq. m.

Bonisoli joins a plethora of key cultural figures who have signed a petition initiated by the Cavallini-Sgarbi foundation, an organisation led by the art critic Vittorio Sgarbi. The architects Mario Botta and Paolo Portoghesi, and the filmmaker Pupi Avati are among the 35,000 signatories protesting at the proposed annex. Can shiny, new extensions really meld with classic, centuries-old museums?