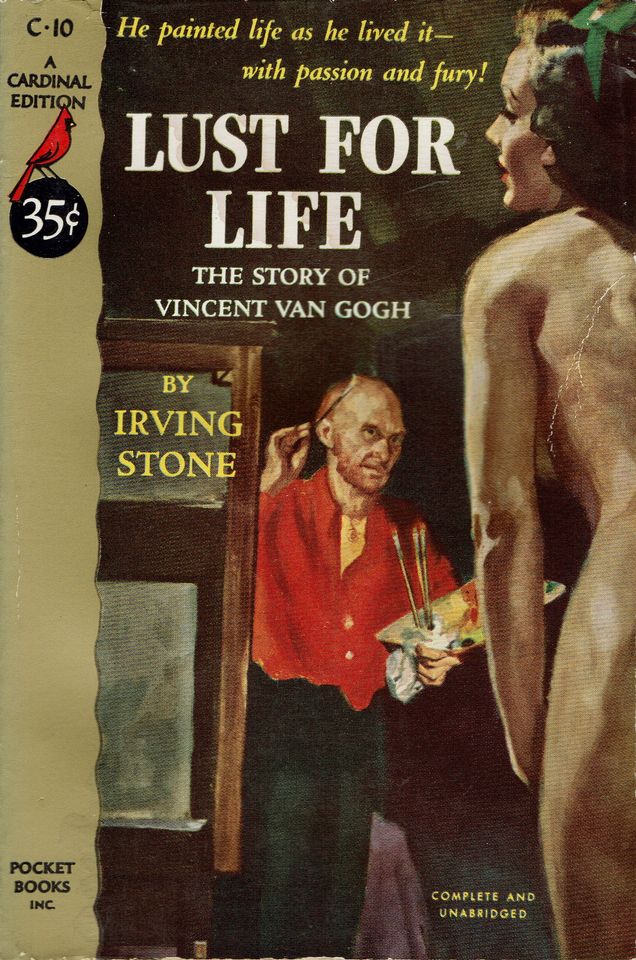 If anything is to blame for the myths that surround Vincent van Gogh it is Lust for Life, the 1934 novel by Irving Stone and its 1956 film starring Kirk Douglas. The back cover of a 1950s Pocket Books edition says it all, quoting a prostitute who is imagined to have told the artist: “Prove that you love me… Give me your ear as a present.”

Here are ten myths that have blighted the way that we perceive the artist’s life and work. 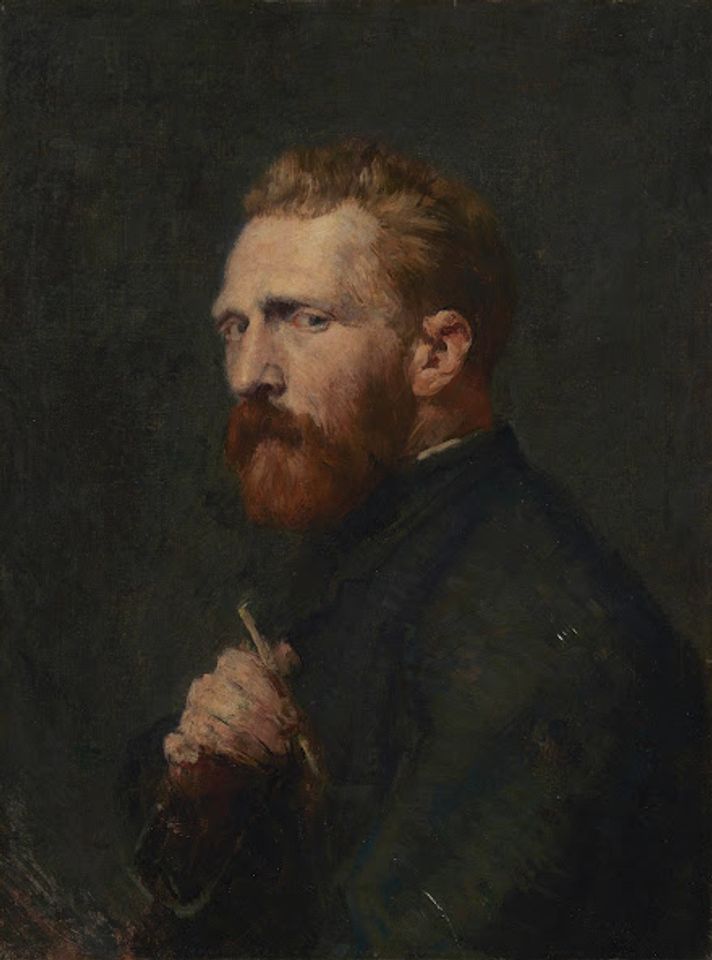 Myth 1: Van Gogh was an outsider in the art world

This is quite untrue. Van Gogh worked as an assistant art dealer for six years, for the Goupil gallery in The Hague, Paris and London—so from his late teens he was learning about art and the art trade. After later setting out to become an artist, he attended classes in Brussels, Antwerp and Paris, although each time he quickly dropped out, mainly because he had his own strong ideas and was disinclined to follow instructions. Vincent could hardly have had a better link to potential customers, since his brother Theo was employed by Goupil in Paris and knew the art scene intimately—but Van Gogh’s works were too radical for the time. While living with Theo in 1886-88 Vincent met hundreds of artists, including most of the Impressionists (and their Australian follower John Russell). Van Gogh became intimately bound up with the avant-garde Parisian art scene during this period, making him more of an insider than an outsider. 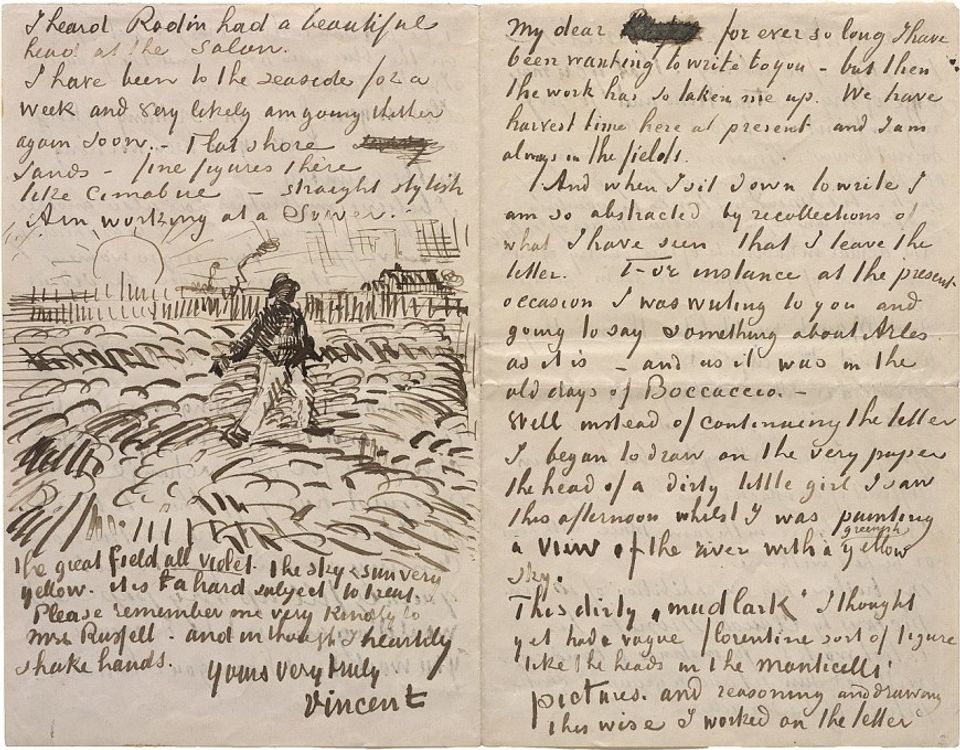 Although Van Gogh spent little more than four years at school (as well as another couple of years being taught at home by a governess), by his twenties he was highly literate with a wide general knowledge, much of it self-taught. He spoke three languages in addition to his native Dutch: he knew French very well, his English was reasonably good and he could read German. In Van Gogh’s surviving letters, he refers to several hundred books, and obviously he must have read many times this number. As his eloquent letters make clear, he had a keen eye for observation, a vivid writing style and marvellous powers of description.

Van Gogh is often regarded as an artist who impulsively lashed his paint onto the picture, almost attacking the canvas. But although he painted very quickly, his pictures were usually carefully planned. Van Gogh honed his technical skills through deep thought and took inspiration from fellow artists. He worked methodically, thinking through his ideas in order to realise them in paint. Van Gogh once wrote from the Yellow House in Arles that “the most beautiful paintings are those one dreams of while smoking a pipe in one’s bed”. 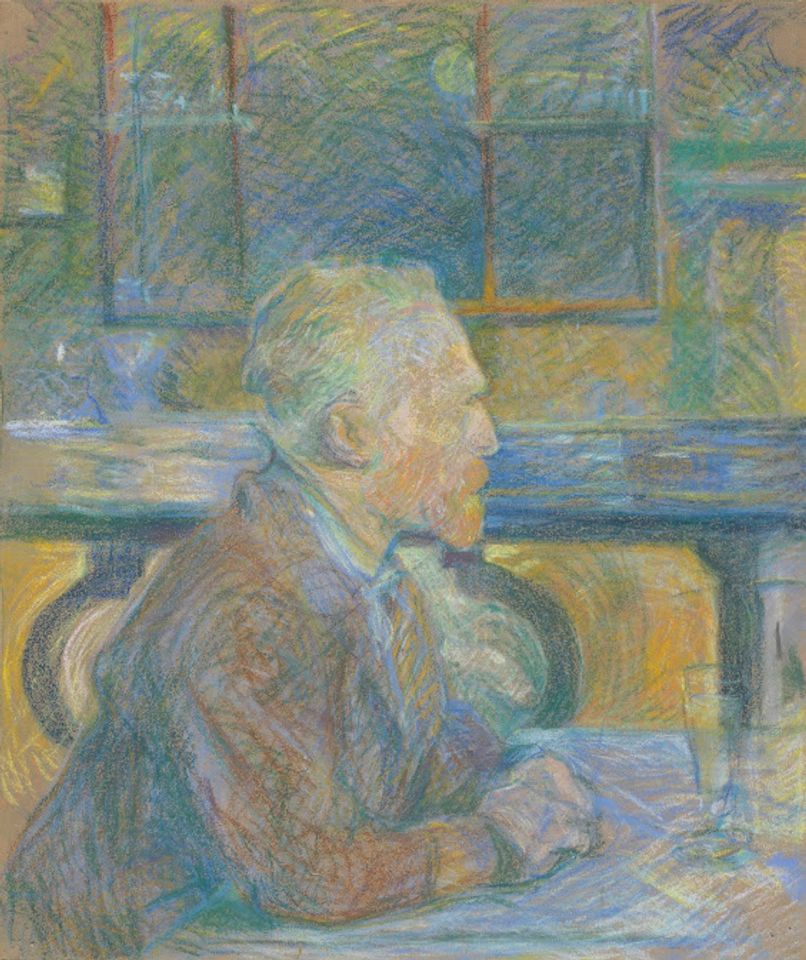 Myth 4: Van Gogh was a loner without friends

Van Gogh undoubtedly had an awkward personality, resulting in some friendships ending badly and his continual travels often made it difficult to sustain relationships. But despite these challenges, Van Gogh got to know a large number of people, and had several close friends, such as the artist Emile Bernard, whom he met in Paris. Although Bernard was 15 years younger, the two men remained loyal to each other to the very end. The current exhibition at the Noordbrabants Museum in Den Bosch, Van Gogh’s Inner Circle: Friends, Family, Models (until 12 January 2020), vividly emphasises how Vincent successfully maintained a network of sympathetic people around him.

Although Van Gogh had constant financial problems, for most of his life he actually received a good income. At 20, as a young art dealer in London, he earned £90 a year (a workman, with a family to support, might have earned a quarter of this). This was actually more than the salary that his father got as a clergyman, although his father did get free accommodation. It is true that when Van Gogh was a preacher in the coal-mining area of the Borinage he lived a life of miserable poverty. But once Vincent set out to become an artist, his brother Theo supported him with a regular financial allowance. In Arles, for instance, he received around 2,500 francs (£100) in his first year. Vincent was not poor, but the problem was that he was terrible at managing money.

Van Gogh had extremely serious mental health issues, but it is a crude oversimplification to label him as “mad”. Rather, he suffered a series of mental crises. During the first severe one, just before Christmas in 1888, he cut off most of his ear. He later endured eight further attacks, culminating in a final crisis on 27 July 1890, when he shot himself in the chest. But between these attacks, for the majority of the time, he was relatively sane. Medical specialists have so far failed to agree on a diagnosis, although the most likely one is bipolar disorder. Van Gogh is often loosely described as “mad”, but this is an unsympathetic and unhelpful term which merely disguises our failure to properly diagnose his condition. Myth 7: Van Gogh’s mental problems can be seen in his paintings

Although a few of the paintings done at the asylum at Saint-Rémy-de-Provence show signs of Van Gogh’s mental instability, the vast majority do not. Those who claim to see his madness in his pictures often cite his twisted mountains and swirling skies. But the limestone hills around Saint-Rémy are actually dramatically rugged and in a work such as The Olive Trees with Les Alpilles (1890) the tumbling clouds impart movement to his scene. The depiction of the sky is done with calculated artistic licence to create an effect, rather than being the uncontrolled outpourings of a troubled mind.

Van Gogh’s Wheatfield with Crows (1890) has for nearly a century been regarded as the artist’s last painting, mainly because of the impression it gives of impending doom. The fact that he shot himself in the wheatfields surrounding the village of Auvers-sur-Oise (although not in the precise place where the painting was done) has only added to the picture’s perceived symbolic significance.

But it is much more likely that his last canvas was either Tree Roots or Farms near Auvers (Tate). Theo’s brother-in-law Andries Bonger recorded them as the final works soon after the artist’s death. Myth 9: It was murder, not suicide

The idea that Van Gogh was murdered is a modern myth, first seriously put forward in the definitive 2011 biography Van Gogh: the Life, by Steven Naifeh and Gregory White Smith. But this theory is wrong. The strongest reason for believing in the traditional view that it was suicide is that all the key figures around him, who knew about the artist’s final weeks, believed this at the time—his brother Theo, his doctor Paul Gachet and his closest friend Emile Bernard. Suicide was regarded as sinful by the Catholic Church and French society. If Van Gogh’s friends had harboured any thoughts that he had been murdered, they surely would have pursued this with the authorities. Emile Bernard’s drawing for the cover of Les Hommes d’Aujourd’hui (Men of Today) in 1891, the year after Van Gogh’s death Photo: Martin Bailey

This suggestion is simply untrue. Although Van Gogh’s fame was largely confined to avant-garde circles in Paris (and to a lesser extent in Brussels, The Hague and Amsterdam), he was certainly beginning to win recognition in the final years of his life. He had paintings accepted for major group exhibitions in Paris (March 1888, September 1889 and March 1890) and Brussels (January 1890). A survey of reports from the French newspapers and journals shows that he was mentioned in dozens of articles between 1888 and the end of 1890. Had Van Gogh lived just a few years longer, it is almost certain that he would have started to really earn the full recognition that he deserved.

The myths get in the way of our understanding of Van Gogh. For a deeper appreciation of his life, the best way is to explore his letters.

In other Van Gogh news: A Van Gogh exhibition has just opened in Japan. Vincent van Gogh: Under the Spell of the Hague School and Impressionism is at Tokyo’s Ueno Royal Museum (until 13 January 2020) and will then go to the Hyogo Prefectural Museum of Art (25 January-29 March 2020). The show comprises 50 works by Van Gogh and 30 by associated artists, the majority on loan from Dutch museums.