Now heading to Maastricht, the painting of a peasant cottage will be a highlight of the Tefaf fair

We all fantasise about discovering a Van Gogh, although it virtually always remains just a dream. But in the 1960s, it actually happened, when an Italian resident in north London bought a picture from a junk shop for £45. 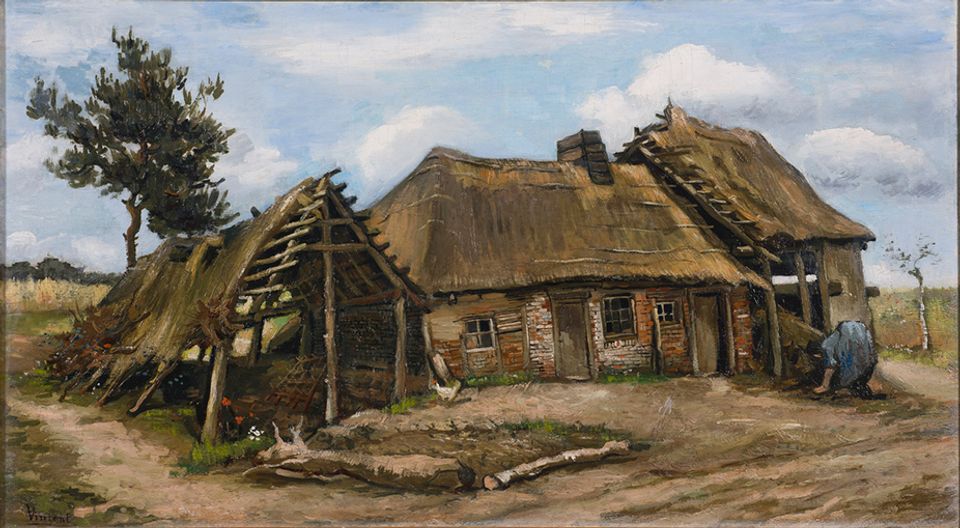 I later traced where the London painting had come from - a farmhouse in Staffordshire. There it was sold by an auctioneer which deals with cows and sheep along with occasional consignments of second-hand farm equipment. Unrecognised as a Van Gogh, the landscape picture of a cottage went for £4.

Peasant Woman in front of a Farmhouse (Paysanne devant une chaumière) has been authenticated by the Van Gogh Museum in Amsterdam, which dates it to July 1885, when the artist was living with his parents in the Brabant village of Nuenen. The painting is now being sold by its American owner, through the London-based Simon Dickinson gallery, which will be taking it to the Tefaf fair in Maastricht (7-15 March).

Although the price at Maastricht is not being disclosed, it is understood to be around €12m-€15m.

James Roundell, the gallery’s director for Impressionist and Modern art, says the Nuenen landscape is “one of the finest and largest paintings from Van Gogh’s Dutch period, prefiguring the technique of his Provence and Auvers sojourns”. The picture’s “extraordinary history adds an extra dimension”, because of its truly amazing set of adventures. 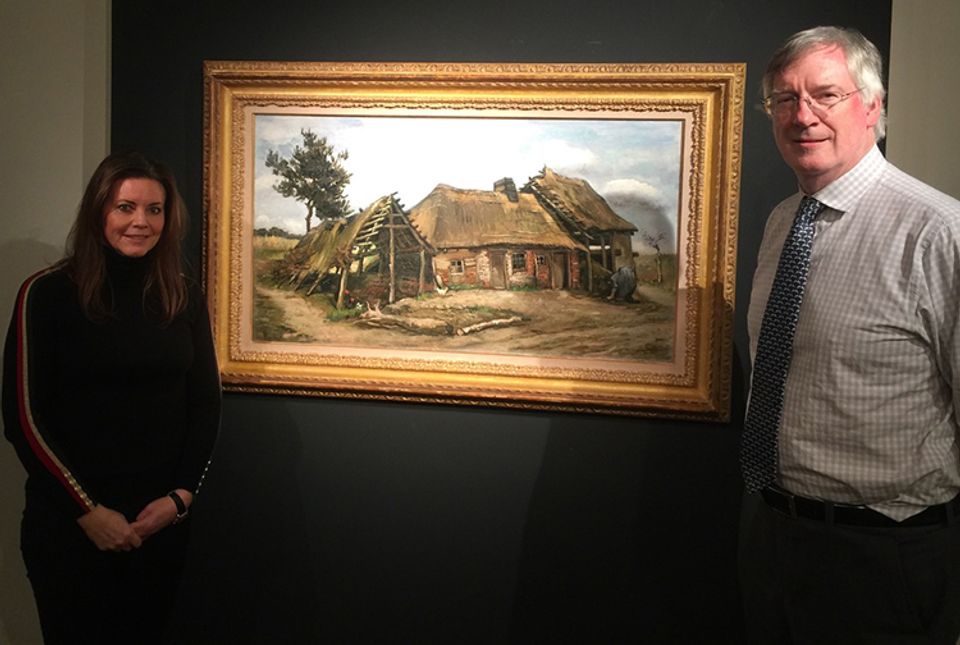 In September 1968 Luigi Grosso, an Italian working for the BBC, spotted a painting in what he told me was something between a junk shop and an antiques dealer in Belsize Park, in north London. Although signed “Vincent” (in the lower left corner), the shop owner assumed it was by an artist with that surname. But Grosso, knowing a bit about art, suspected that it might possibly be the real thing. He paid £45 for the picture.

Having just seen a major Van Gogh retrospective at the Hayward Gallery, Grosso contacted its curator, Alan Bowness, who taught at the Courtauld Institute (and later became director of the Tate). Although initially sceptical, Bowness arranged for the picture to be x-rayed. Underneath the landscape he found an earlier composition, of a man ploughing with oxen, which was related to a known Van Gogh painting of August 1884. At this time Van Gogh often reused old canvases to save money.

Bowness then got the painting examined by Dutch specialists, who authenticated the cottage scene. It was exhibited briefly in an exhibition organised by The Burlington Magazine at the London dealer Agnew’s in March 1969 and written up by Bowness in the journal’s May issue. 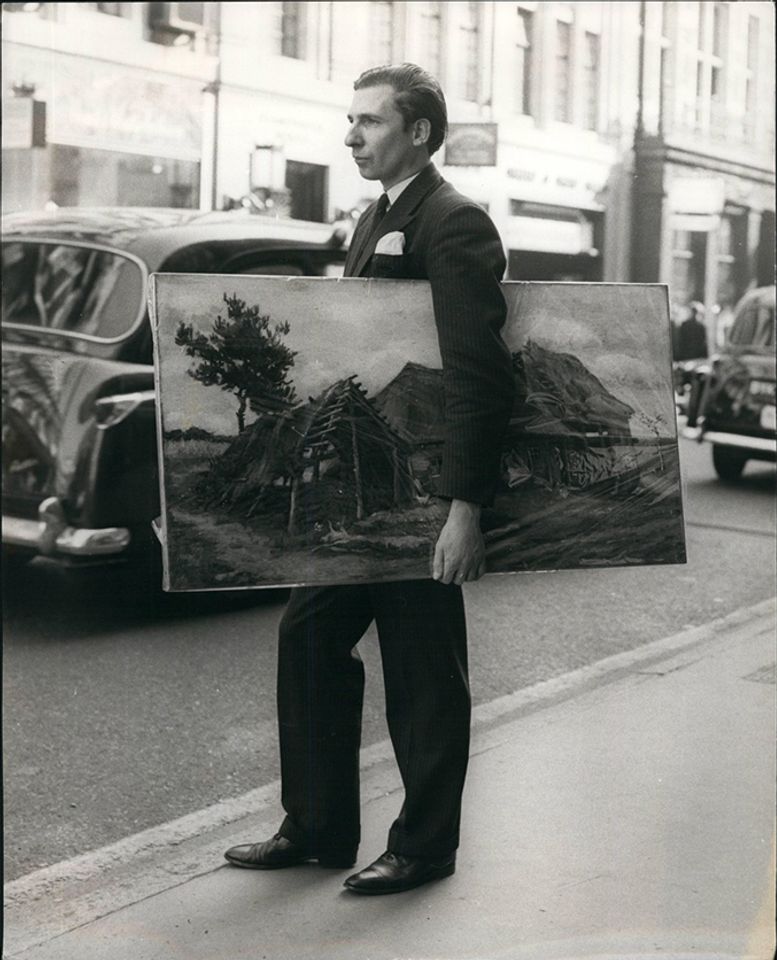 Years later I followed up the story, tracking down where the painting had been before it reached Belsize Park. It had been sold by Bagshaws, an auctioneer with a farming clientele in Uttoxeter, in Staffordshire. They told me the sale had been held in 1968 at Billington Farm, just outside Stafford. I then identified the seller as Charles Holme (1903-99), whose father had acquired the painting, and spoke with Charles’ children.

The original owner was John Holme (1871-1952), who lived in Billington and supplied corn and straw in the area. His grandchildren told me that in 1929 John had accepted the painting in lieu of a debt over farm supplies. The unnamed debtor, who handed over the Van Gogh, had lived in Newport Road (in the suburb of Rowley Park), which runs between Billington and the centre of Stafford.

Once acquired by John Holme, the painting was said to have been hung in the nursery, but the family got bored of it and later banished it to the attic. At some point the identity of the artist was forgotten. When John’s son Charles retired in 1968, Bagshaws held an auction at Billington Farm. It was then that the painting of the cottage was sold - and through an unknown route it ended up a few months later in the Belsize Park junk shop.

The intriguing question is how did a Van Gogh get to Staffordshire at some point before the 1920s? There are several references in Van Gogh’s letters which appear to relate to the painting. In July 1885 Vincent wrote to his brother Theo, saying he wanted to “get a few more fine cottages in the middle of the heath” - and that he already had four “big" ones. A month later Vincent said that Wilhelmus Leurs, the owner of a artists’ paint shop in The Hague, was “offering me his two windows” for displaying a couple of pictures.

Unusually for Van Gogh, the Staffordshire picture is signed, which he normally only did if there was a special reason. If the painting had been destined for a shop window, then he would surely have wanted his name to be visible. The Staffordshire picture is the largest (1.1m wide), and arguably the finest, of his twelve cottage scenes from the summer of 1885. Louis van Tilborgh, the senior researcher at the Van Gogh Museum, therefore concludes that Peasant Woman in front of a Farmhouse was probably one of the two paintings destined for Leurs’ windows.

If Leurs succeeded in selling the landscape, then it would have been the first painting which Van Gogh sold. It is even possible that it might have gone to an English collector. Vincent wrote that Leurs “wants me to send them [the pictures] as soon as possible because there are many strangers in The Hague at present”.

Had a British buyer bought the painting in The Hague, it would have been the first Van Gogh to come to the UK, since he had not yet become famous in Britain. But if the picture was not sent to Leurs, or if he failed to sell it, then the Nuenen landscape must have reached England by another route by the 1920s. However, at this time there were very few British buyers of Van Gogh since the artist had not become famous there.

Following the Belsize Park discovery, Grosso consigned the painting in 1970 to Sotheby’s Parke Bernet, which auctioned it in New York. It went for $110,000, going to Joseph Levine, the Hollywood film producer.

In 1983 Levine sold the painting and it returned to Sotheby’s, New York, selling for $390,000. The buyer was Roberto Polo, a highly acquisitive Cuban-born American collector who a decade later was extradited to Switzerland over the misappropriation of more than $100m of investors’ money. He always maintained his innocence.

Polo did not hold onto the Van Gogh long, selling it at Sotheby’s, London in 1985, when it went for £264,000. The painting was then bought by a Montreal collector, who kept it until 2001, when it was sold at Sotheby’s, New York, fetching $1.7m, going to the current unnamed American owner. Since its emergence in the 1960s, it has only been lent once for an exhibition, at London’s Royal Academy of Arts in 2010.

Who will be the next owner? It would be wonderful if it stayed in England, perhaps at London’s National Gallery (which lacks a Dutch landscape by Van Gogh), although raising the funds would be a major challenge.

In other Van Gogh news this week 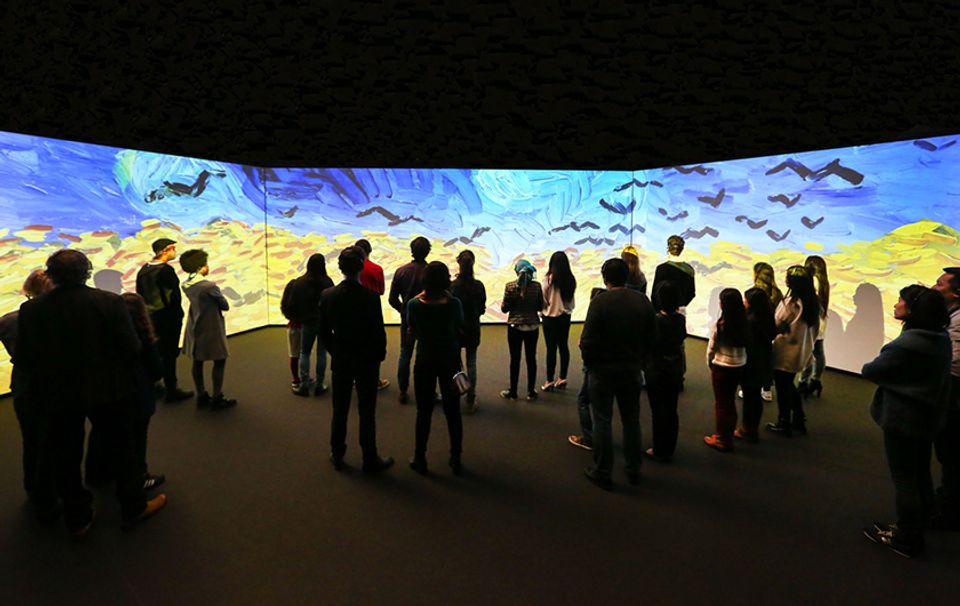 • The Meet Vincent van Gogh experience opens in London today, on the South Bank. Located in a marquee opposite the National Theatre, it is billed as an “interactive and multisensory display”, telling the story of Van Gogh’s life. But be advised: there are no original artworks. Organised by the Van Gogh Museum, with London-based Golden Tours, it is superior to similar commercially-run presentations. The Meet Vincent van Gogh experience is both an outreach venture for the museum and a means of raising funds. It was launched in 2016 in China, with last year’s venues in Seoul and Barcelona proving much more successful, with these two cities attracting a total of 400,000 visitors. The organisers hope to get over 200,000 in London. Along with London, the experience is also being presented in Lisbon, opening on 28 February at Belém’s Terreiro Das Missas. Meet Vincent van Gogh, Upper Ground, London SE1 9PP, until 21 May. 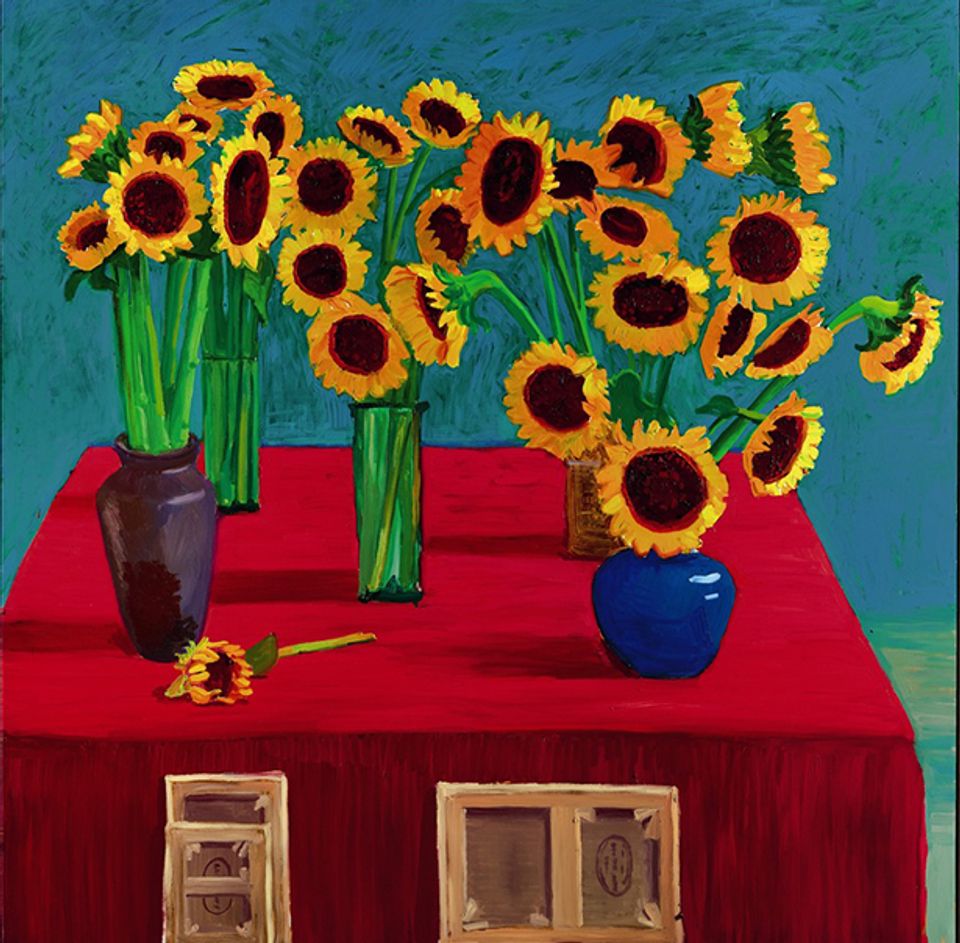 Sotheby’s is to auction David Hockney’s 30 Sunflowers, inspired by Van Gogh. The sale is scheduled for Hong Kong, 6 April (unless the coronavirus situation leads to a postponement). The Hockney will be previewed at Sotheby’s in London today (until 11 February) and then in Los Angeles (17-18 February), before going on next month to Jakarta and Taipei. Although no formal estimate is given, the picture is expected to fetch around 80m Hong Kong dollars ($10.3m).