The gadflies and the gifted: Johnny Dewe Matthews and Andrew Logan at Roche Court 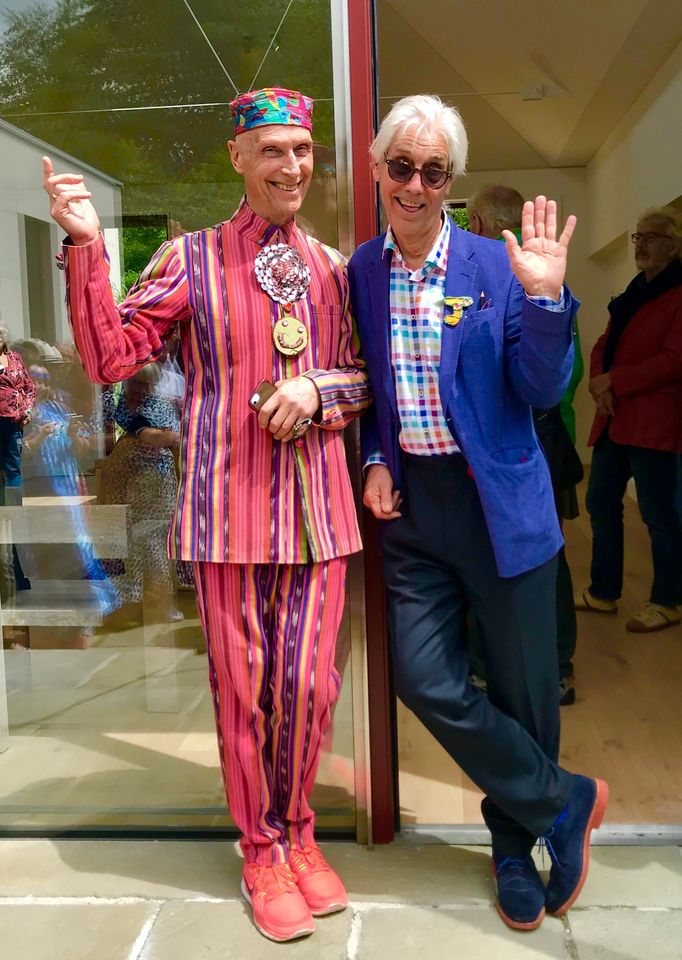 It was a trip down memory lane as well as into the countryside on Sunday with the opening at the New Art Centre in rural Wiltshire of The Gadflies and the Gifted, an exhibition of Johnny Dewe Mathews’ photographs from the 1970’s. The title is an apt one as Dewe Mathews roved between the overlapping worlds of fashion, film, rock n’ roll and the arts with no plan or intention, snapping whoever crossed his path. “I was an amateur but I never felt intimidated”, he remembers, “You could get access to anyone then”.

Among the nearly 90 works on show, there’s Eric Clapton being filmed by Pete Townshend, Jack Nicholson looking wolfish, Keith Moon on a bender with Oliver Reed, Bryan Ferry looking cool and David Hockney lunching in Paris. Patti Smith strums her guitar in Dingwalls, Freddie Mercury poses on a ladder and has his makeup done and Warhol and Dewe Mathews take pictures of each other using a Kodak Instamatic in the Crillon in Paris. 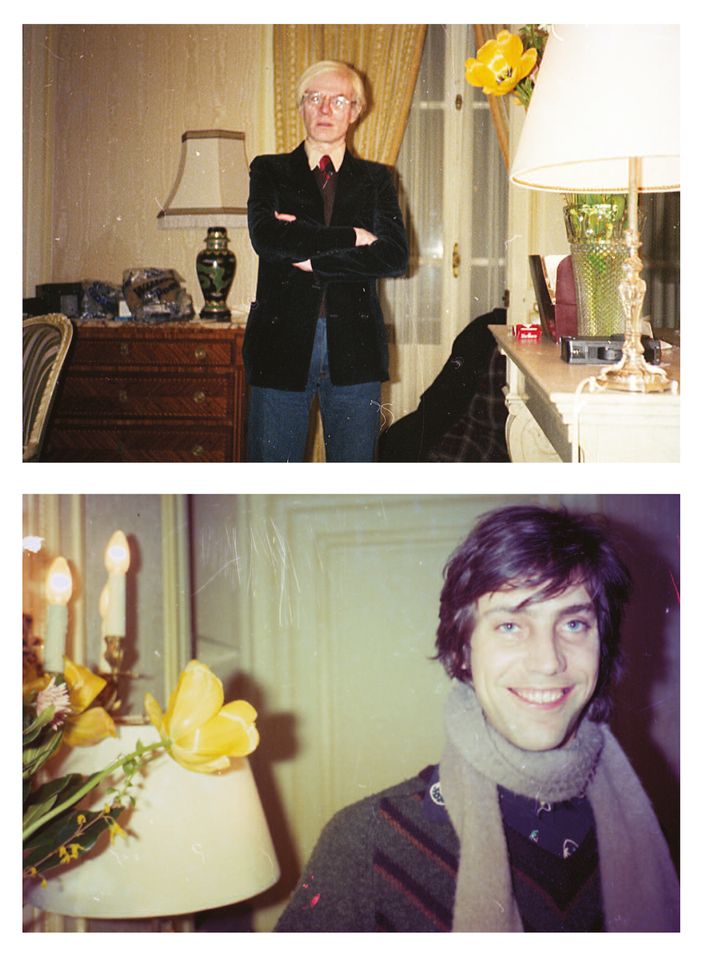 A frequent presence is the artist and Alternative Miss World founder Andrew Logan, who originally asked Dewe Mathews to take pictures of their mutual friends for a New Art Centre show in 1972, when the gallery was still in London’s Sloane Street. This was Dewe Mathews’ first foray into professional photography, and the first time both of them showed at the centre. It is therefore especially appropriate that more than 40 years later things have come full circle and they are now both back under the same roof, with Logan having a simultaneous show of his distinctive shattered mirror sculptures in the centre's Design House.

David Bailey declared that Dewe Mathews had no future in photography (while at the same time agreeing to pose for a portrait), but Roy Strong, then the director of the National Portrait Gallery, felt differently and gave Dewe Mathews a solo show at the museum in 1974. However, by then painting and drawing had taken over. In 1975, after one last shoot with Queen in his Primrose Hill studio, Dewe Mathews swopped his camera for a paintbrush. He has worked as a painter ever since, showing in London, Paris New York and Los Angeles, and describing himself as “a one man band, beating his drum”. Many of the gadflies and the gifted captured here are no longer with us and it is good to have this brief dazzling exposure to what is now a very distant, different time.