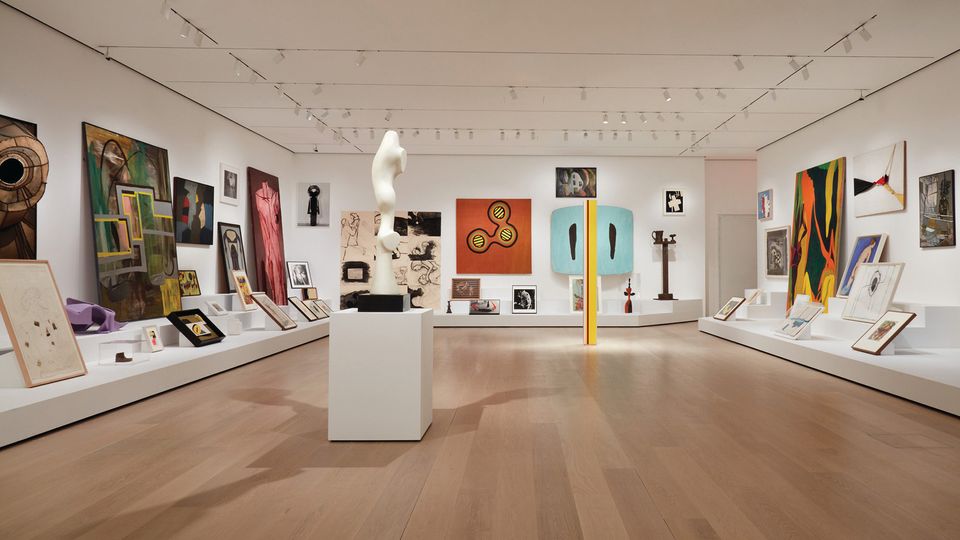 When has there ever been consensus in the art world? Perhaps in 2004, when an utterly sterilising expansion of the Museum of Modern Art earned near universal disapproval.

What a difference 15 years can make. MoMA’s latest, 47,000 sq. ft addition has transformed the whole complex into a joyously and paradoxically human-scale institution that sent its first and most critical audience — artists — into paroxysms of unabashed delight.

“Wow!” exclaimed Charles LeDray, summing up the experience at an 11 October preview that was nothing short of a love fest. “They’ve made Modernism an event,” remarked the art writer and theorist Bettina Funcke. “It’s like walking through the Met,” added her husband, the artist Seth Price. He meant that as a compliment.

Step by step, floor by floor, room by room, the new MoMA feels more alive than anyone with past experience of this museum ever could have hoped. “It’s so exciting,” enthused Joel Wachs, the president of the Andy Warhol Foundation. “I feel like a kid in a candy store.”

Of course, this is the art world. It always complains about something—MoMA’s suddenly open-armed lobby, for example. Forget that the reception area would look at home in a good hotel. So what? It’s a reception area. Who cares if it overlooks the gift shop? The merchandise is nice and the below-stairs showroom is not going to impede anyone’s progress into the galleries. Which are glorious.

Happily, the curatorial staff trashed the incomplete history that MoMA force-fed viewers in the past, when it omitted or diminished the contributions of women and artists of colour, and relegated rare films, books and ephemera to appointment-only viewing. Working collaboratively, the curators have now integrated different disciplines as well as long-overlooked artists — Kay Sage? Sari Dienes? — into an open, chronological and thematic weave of art, film, books, prints, drawings, performance, photography, architecture and design. As the artist Doug Aitken concluded, “It’s more about discovery than containment.”

With the exception of a painting by Brice Marden that has been in the main lobby for some time, and the return of Monet’s Water Lilies to its own room, nothing is where it was before, nor is all of it where one might expect.

Now Andy Warhol’s soup cans have the prominence of Jackson Pollock’s giant drip painting, One: Number 31, 1950, and the story of art after 1970 begins with two galleries dominated by female artists. So satisfying. Leading examples of Minimalism and Arte Povera inhabit another gallery as if as a reunion of an extended family meeting in its first good home. It is also a very great pleasure to encounter pristinely restored films from MoMA’s extraordinary collection with works in other media from the same periods. Such juxtapositions create a far more integrated and panoramic view of cultural history than is customary in any museum, particularly this one.

The curators’ determination to create a more inclusive narrative makes for both brilliant perspectives and strange bedfellows. Adding a Judith Scott thread sculpture to a room of Fluxus objects totally works. Aligning Faith Ringgold’s 1967 mural, American People Series #20: Die with Picasso’s Les Demoiselles d’Avignon was a bold, if awkward, move that compels deeper than usual thought about each. An Alma Thomas abstraction seems thumbtacked to a wall in the heavenly Matisse room, but it won’t corrupt anyone’s delight in any of it. “I could live in that room,” the art attorney John Silberman enthused. “I want to die in there,” riposted the artist Georgie Hopton.

The installation of David Tudor’s Rainforest V (1973) in the new building is simply gorgeous. The return of the Artist’s Choice series with Amy Sillman picking from the collection unearths a whole other museum. It’s wonderful, as is the new Projects gallery, where Thelma Golden, the director of the Studio Museum in Harlem, introduces an essential show of paintings by the Kenyan artist Michael Armitage. Why no one in the film department thought of putting on an exhibition of home movies before is a mystery, but it’s in the redesigned film galleries now, and it's genius. Ditto the transporting collection of Abstract and Concrete Art from Latin America that comprises a gift from Patricia Cisneros. It closes an inexplicable gap in the historical narrative that sorely needed filling.

Astonishing finds include a stage set painted on glass by Salvador Dali, a piece of anonymous folk art, stored away since 1937, that looks like a silken fez but is actually a folded Sears Roebuck catalogue, and Antic Meet, a mesmerizing dance by Merce Cunningham filmed in 1958. If not all additions are up to the level of undisputed masterworks, as is the case in a few galleries of contemporary art, there’s at least a balance. As Joan Jonas commented, “There are many unfamiliar works that add strength to the collection, and to see them out is thrilling.” (Count the black-box installation of Jonas’s stellar, multipart Mirage in that category.)

Only Surrounds, a temporary exhibition of six, large-scale works on the top floor, is a let-down. With the lone exception of APEX, a propulsive video by Arthur Jafa, it does not show any of the selected works to advantage and falls far short of the immersive experience intended.

The polar opposite is true in the obdurately impersonal atrium, which Hague Yang is currently taming with performative sculptures and celebratory vinyl stickers that take flight up the walls. The half-dozen site-specific works that MoMA commissioned for public spaces across the museum also bring new energy to an institution that has felt static for too long. Kersten Brätsch, Yoko Ono, Philippe Parreno, Goshka Macuga and the graphic design Collective Experimental Jetset brilliantly enhance each café, hallway or lobby, and even the main entrance, where Haim Steinbach telegraphs MoMA’s reopening with the succinct phrase: “Hello. Again.”

Welcome back, MoMA. As a New Yorker, and an art person, I have to say you’ve done us proud.