The private life of the Royal Academy revealed in TV documentary 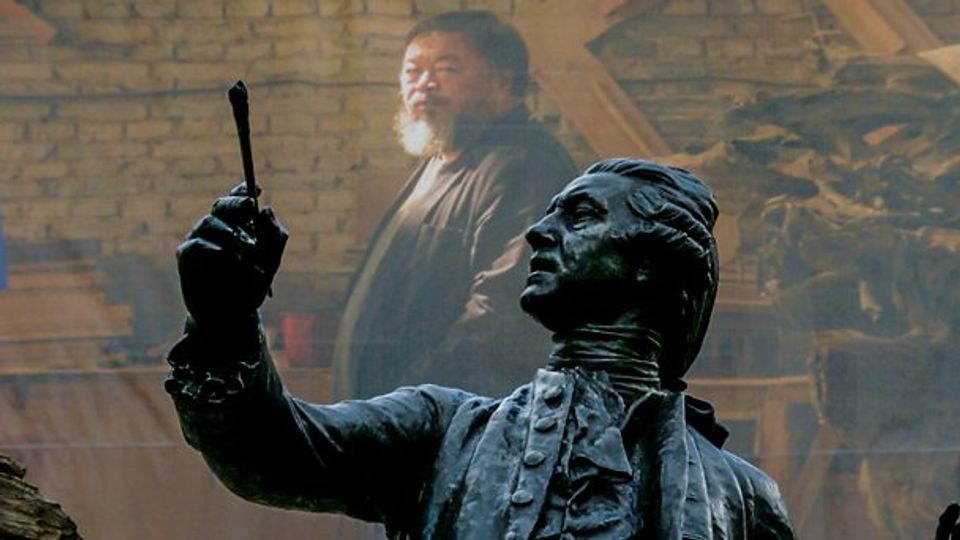 Before David Chipperfield’s 250th anniversary refurbishment opens up many of the Royal Academy’s (RA) hidden elements to the public eye next week, many more of its unseen parts and players are also receiving an unprecedented airing in Adam Low’s film, The Private Life of the Royal Academy, which is being screened on BBC 2 tonight (12 May). Viewers can expect a peek at the RA’s rich collections and the world class art school that has lurked in its basement for two and a half centuries.

The RA is a many-headed beast and a slippery one to get to grips with. It might be best known for its programme of blockbuster exhibitions, both ancient and modern, and the annual open-submission Summer Show, but at the same time the RA is also the world’s oldest artist-run space and happens to be headed up by the Queen. It is at once deeply steeped in tradition as well as being dedicated to the most up-to-the minute and progressive art. The school that educated Turner and Blake, the RA more recently taught Eddie Peake and Lynette Yiadom-Boakye, it is both renowned as a crucible for top-notch creativity and having the distinction of being the only art school in Britain that doesn't charge fees. Then there is the extraordinary collection ,which ranges from cases of human skeletons to Turner’s watercolour palette, from Grayson Perry’s ceramic statue of his childhood teddy Alan Measles, to the Taddei Tondo—the only marble sculpture by Michelangelo in this country.

All of the RA’s anomalous and often decidedly eccentric attributes are lucidly handled by Low in a film that achieves the rare feat of being affectionate while stopping short of sycophantic. As he shows the cameras around the spaces he is in the process of sprucing up, David Chipperfield describes the RA as a “mini world of tribes”, declaring, “it’s a nest—you lift up the stone and all these things just scuttle around”. And this, to a great extent, sums up what Low’s film does. The strange and multifarious richness of the place is revealed with a lightness of touch. There’s even a trip into the vaults to see the museum’s priceless collection of silver. We go behind the scenes at the planning and installation of the Summer Show as well as the RA’s exhibitions of Matisse and Abstract Expressionism, along with the 2015 Ai Weiwei show that was the calling card of exhibitions director, Tim Marlow. Such is the invisibility of Low’s discrete camera that Marlow is caught translating the meaning of the British slang word “loo” to a rather bemused Ai and later engaging in some fruity exchanges with Marina Abramović as they plan her upcoming solo show at the RA in 2020.

The RA is good at spectacle and among the front of house highlights is a memorable encounter between a furbelowed Grayson Perry and a more modestly-clad Queen Elizabeth II. But the real interest is in the many private moments amongst its various “tribes” and key players. Most important amongst these are the 127 academicians, described by painter and RA president Christopher LeBrun as “a spectrum of human experience which somehow needs to be held together”. Whether 82-year-old Olwyn Bowey, the longest serving female academician painting in the Sussex countryside; Yinka Shonibare, planning his curated room at the Summer Show; or newly appointed academicians Gilbert & George wondering if their medals will help get them a taxi. Another key presence is the highly (if sometimes unknowingly) entertaining secretary and chief executive Charles Saumarez Smith. Then there are the small group of “red collars”: the trusted staff who—since the time of George III—have been responsible for security, public functions and the day to day running of the place, and whose pride in their job extends to emphasising the superiority of their velvet collars to those of their counterparts at the Buckingham Palace.

From grand gesture to minute detail, from exclusivity to inclusiveness, this very private view of the Royal Academy forms the perfect prelude to its grand re-opening next week. In its very quirkiness and dual dedication to both continuity and change, the RA has managed to remain relevant and continue to be the club that both artists and architects still want to join.