A new Van Gogh work discovered hidden in a book

Reproduced here for the first time: a trio of sketches from Vincent’s village—designed as a bookmark

The left three images show close-ups of the newly discovered bookmark by Van Gogh, shown in full on the right Courtesy of the Van Gogh Museum, Amsterdam (bought with support from BankGiro Loterij)

One of Van Gogh’s most unusual artworks has just emerged—three unknown sketches of peasants. They are drawn on a thin vertical strip of paper, a curious format for an artist to choose. The drawings were found in a novel on the French peasantry and the paper is exactly the same height as the book.

The three sketches are reproduced by The Art Newspaper here for the first time. Discoveries of totally unknown Van Gogh drawings are now rare—perhaps once or twice in a decade. The sheet has just gone on display at the Van Gogh Museum in Amsterdam, in a new exhibition on acquisitions, Here to Stay (until 12 September). Although it is presented in the show as simply a trio of sketches, the artwork almost certainly served an unexpected purpose.

Teio Meedendorp, a senior researcher at the Amsterdam museum, told us: “I believe that it was made as a bookmark. It would be curious to draw three sketches in this configuration unless there was a reason, and it fits snugly inside the book in which it was found.” Vincent, an avid reader, gave his copy of a novel on the French peasantry to his Dutch artist friend Anthon van Rappard. Writing to Van Rappard on 15 June 1883, he said he would be posting a package to him in Utrecht, with prints and a book by the French writers Emile Erckmann and Alexandre Chatrian, whom he greatly admired. Histoire d’un Paysan recounts the story of the French Revolution through the eyes of an Alsace peasant. Illustrated by Théophile Schuler, Vincent assured his friend that “I do think you’ll find the Erckmann-Chatrian beautiful”. 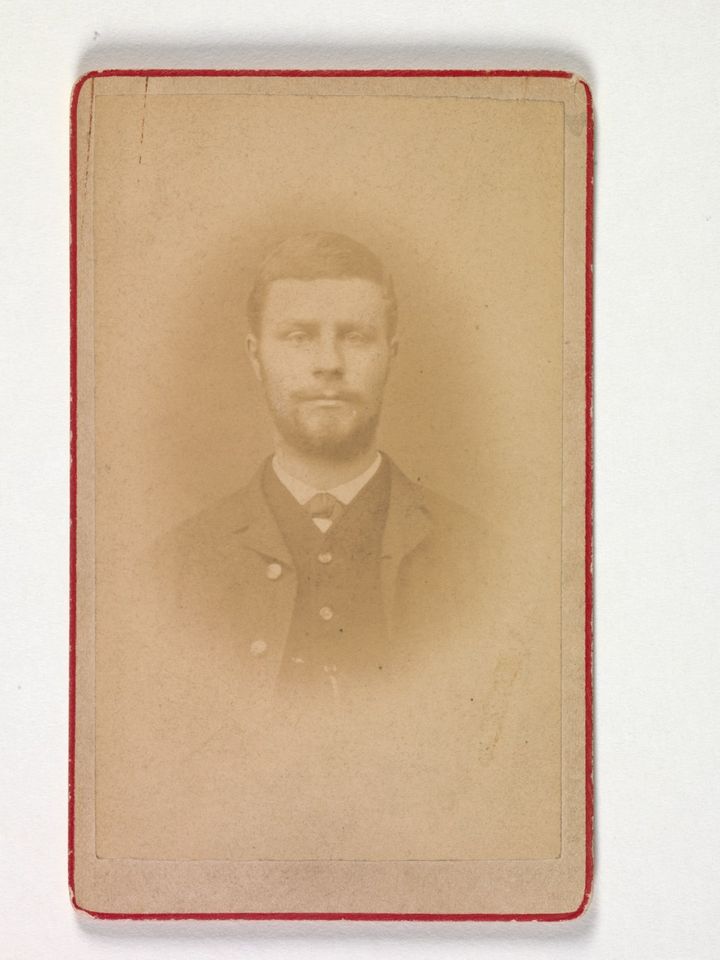 Photograph of Anthon van Rappard (around 1885) Courtesy of the Van Gogh Museum, Amsterdam

Van Rappard died in 1892, aged just 33, and the book then passed to his wife Henriëtte, who lived until 1910. Histoire d’un Paysan, together with the bookmark, was quietly preserved by her family until 2019, when both were privately sold to the Van Gogh Museum.

The pencil drawings are crude, since they were done soon after Vincent set out to become an artist, but they are important since so few of his early informal sketches survive. Stylistically, they can be dated to autumn 1881, when he was living in his parent’s village of Etten and was deeply interested in capturing figures of the local peasants at work.

It was not until two years later that Vincent sent Histoire d’un Paysan to Van Rappard, suggesting that the bookmark had lain forgotten in the novel and was not noticed when he wrapped up the package. If Vincent had set out to give Van Rappard a few sketches, he would have been much more likely to have sent very recent ones, to demonstrate how his art was developing.

On the 28cm-high bookmark, the upper sketch shows a woman walking by a pollarded tree. The middle one portrays a seated man beside a fire, a work reminiscent of a finished drawing which Van Gogh made in November 1881, Old Man at the Fireside (now Kröller-Müller Museum, Otterlo). The lower sketch depicts a woman in profile. Van Gogh may well have seen the figures as loosely illustrating the Erckmann-Chatrian novel. The front of the book is signed “Vincent”. He had sent the book to Van Rappard “to read” and it is unclear whether the signature indicates that it was a gift or was a polite reminder that it was a loan and should be returned. 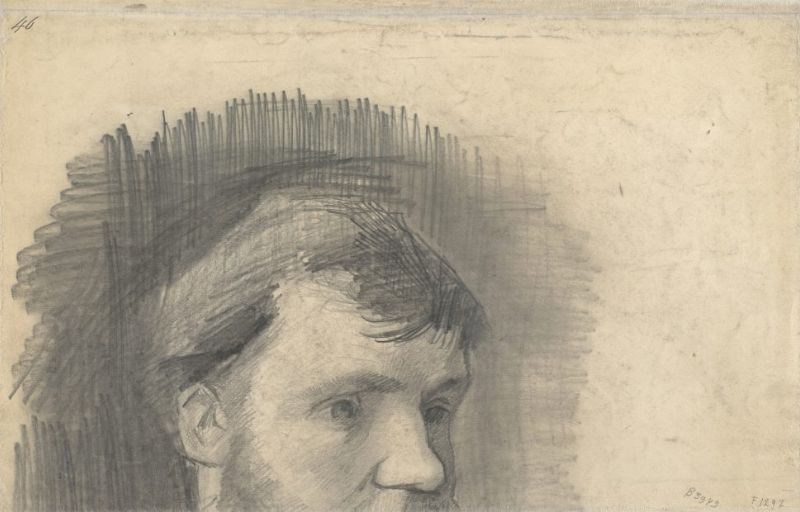 In October, just over year after sending the book, Van Rappard visited Vincent in Nuenen—but without returning the book. During the visit Van Gogh sketched a portrait of his friend, the largest drawn portrait in his entire oeuvre. Only the top half of the work survives.

Sadly, their friendship came to an abrupt end in May 1885, after Van Rappard wrote critically about Vincent’s only lithograph, which depicted his painting of The Potato Eaters. Vincent, who was furious, dismembered the portrait, neatly slicing it in half. The bottom half has been lost, but he soon reused the reverse of the top half to make rough sketches of a pair of women and a man carrying a bundle of wood.

Thanks to this recycling, the most important half of the Van Rappard portrait, with the eyes, has been saved—poignant evidence of Van Gogh’s closest friendship during his Dutch artistic years.

• Christie’s is to sell a drawing of The Potato Harvester (Aardappelrooier) in London on 30 June, estimated at £300,000-£500,000. Dating from June-July 1885, it was done in Nuenen, the village in the south of the Netherlands. Fork in hand, the peasant is digging up potatoes, while smoking his pipe. The Potato Harvester was originally owned by the distinguished Dutch art historian H.P. Bremmer. UPDATE: The drawing sold for £862,000 (hammer price £700,000), considerably above the estimate. • The Sunflowers (August 1888) is back in London this week, after being the star attraction for a tour of the National Gallery’s paintings to Japan and Australia. At the National Gallery of Australia in Canberra the exhibition of 61 works was seen by 201,000 people during its 15-week run. With Covid-19, this is likely to rank among the world’s best-attended 2020-21 exhibitions. 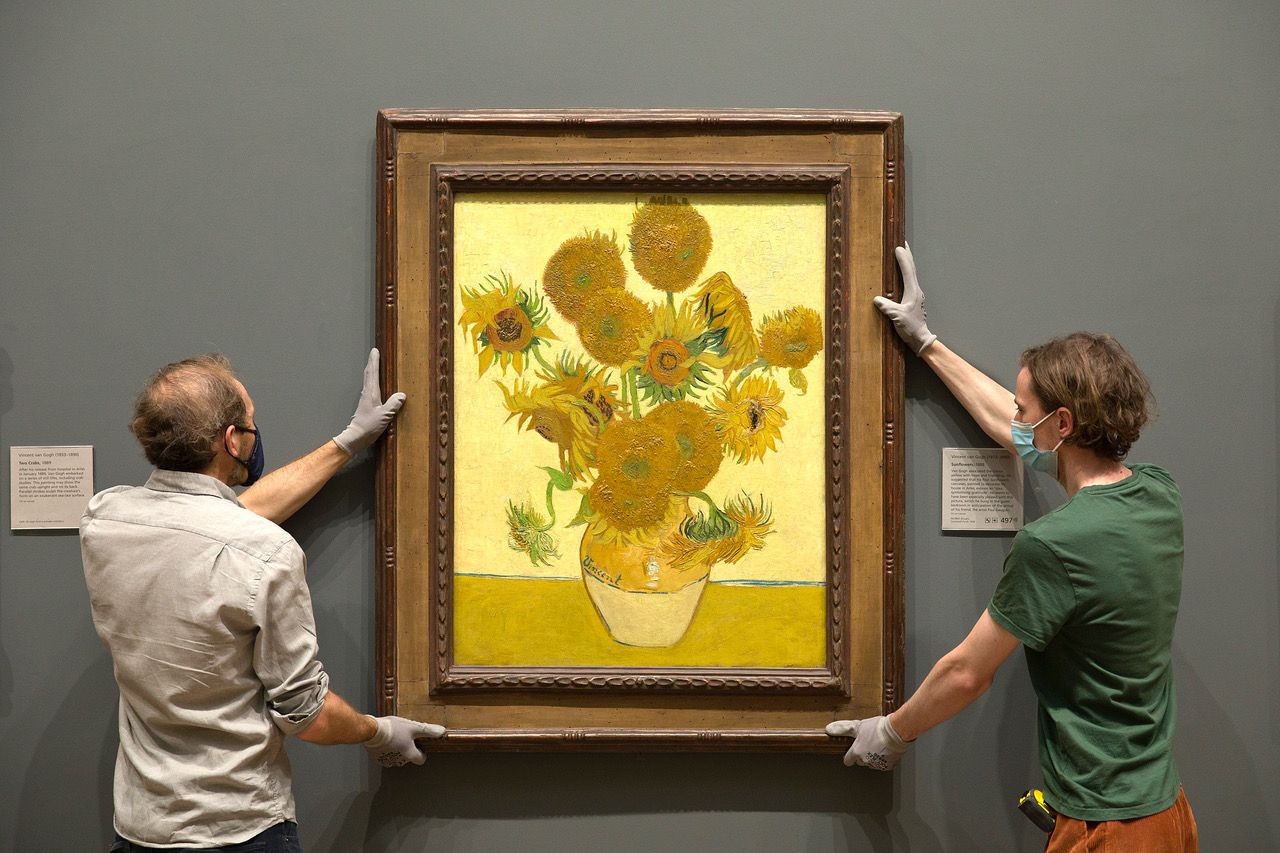