Now stuck in Japanese lockdown, Van Gogh’s Sunflowers will not return to UK until next summer 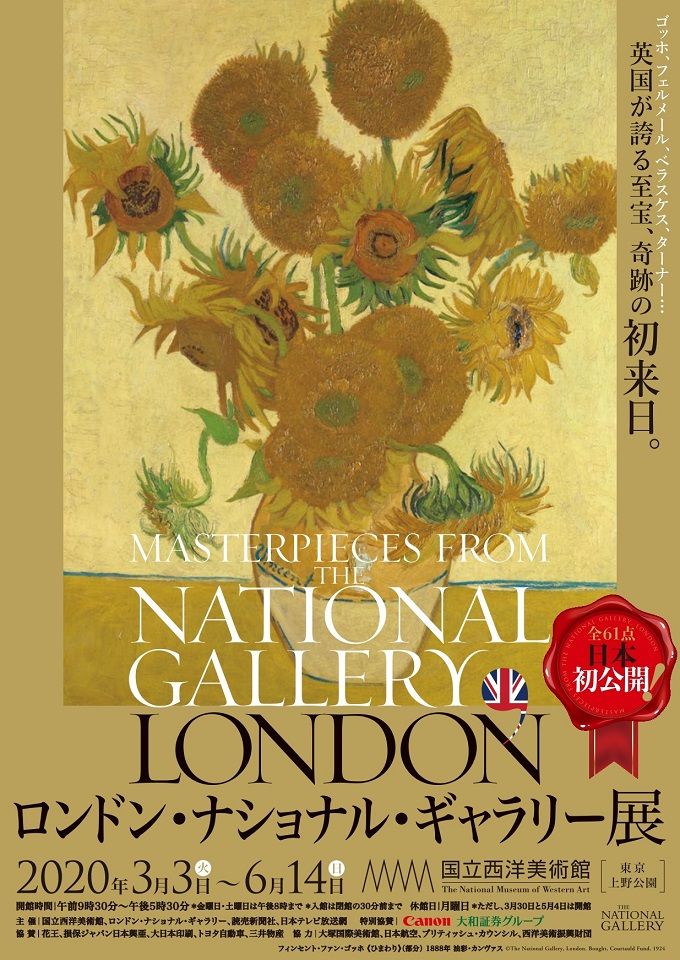 Advertising poster for Masterpieces from the National Gallery, London at Tokyo’s National Museum of Western Art, 2020

Van Gogh’s Sunflowers is among 60 paintings from London’s National Gallery that are currently languishing unseen at the National Museum of Western Art in Tokyo—closed because of coronavirus. The pictures had been flown from the UK to Japan, hung in the exhibition gallery and were all ready to open on 3 March. Then on 29 February came the announcement that the Tokyo museum had to close because of the pandemic.

The star of the touring exhibition, Botticelli to Van Gogh: Masterpieces from the National Gallery, London, is the Sunflowers (1888). Since its acquisition nearly a century ago it has only been lent internationally three times—to Paris in 1955 and Amsterdam in 2002 and 2013.

The Tokyo exhibition had been scheduled to run until 14 June. Although Japanese museums are expected to gradually reopen in June, the major Tokyo venues will probably not do so before the end of that month.

Today it is being announced in Japan that the National Gallery exhibition will be extended in Tokyo until 18 October. This in turn will delay its subsequent presentation in Osaka (originally 7 July-18 October, now changed to 3 November-31 January 2021).

After Osaka the final scheduled venue is Canberra’s National Gallery of Australia, with the dates originally set at 13 November-14 March 2021. The Canberra gallery has not yet announced its intention, but a delayed show would presumably run from February to May 2021 (unless it is cancelled, which is unlikely). This would mean that the 60 paintings would not return to the walls of the National Gallery until June next year (the London gallery is currently closed, but is expected to reopen this summer).

The National Gallery tour was organised as a fundraiser, thanks partly to sponsorship from the Yomiuri Shimbun media group. This money will be particularly welcome to help the London gallery deal with the financial impact of the coronavirus crisis.

Meanwhile the Courtauld Gallery has just announced the cancellation of the final part of its Japanese tour of Masterpieces of Impressionism: the Courtauld Collection. Among the highlights in the show is its powerful Van Gogh landscape, Peach Trees in Blossom (1889). 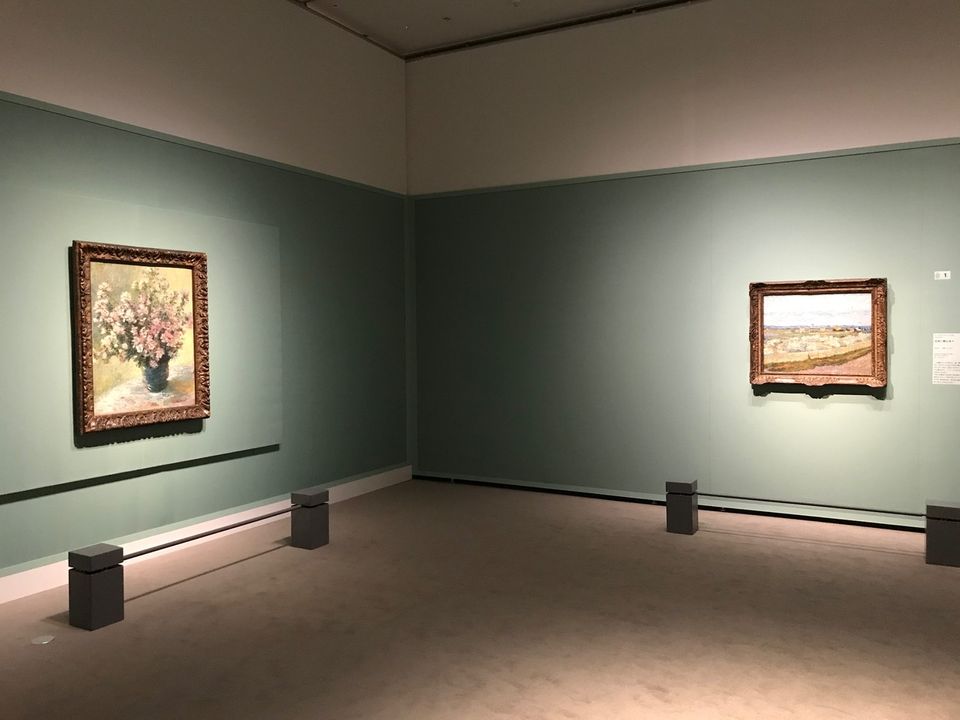 The Courtauld exhibition opened at Tokyo Metropolitan Art Museum last autumn. It then went on to Nagoya’s Aichi Prefectural Museum on 3 January, where it was due to close on 16 March—but because of coronavirus the museum had to shut on 2 March. The show did very well in Tokyo, attracting 346,000 visitors. At Nagoya it was a disappointing 84,000, largely due to falling numbers in its last few weeks because of growing concerns over the pandemic.

The Courtauld show was then due to go to Kobe City Museum, from 28 March to 21 June. Initially the opening was postponed, but late last week the Kobe presentation was cancelled. The paintings will therefore be returned to the UK as soon as it is safe and feasible.

The Courtauld Gallery in London is currently closed for refurbishment and not due to reopen until next spring. Some of the individual Impressionist pictures returning from Japan are likely to go on short-term loan to other UK museums and a focussed selection may also be lent to a European venue early next year. 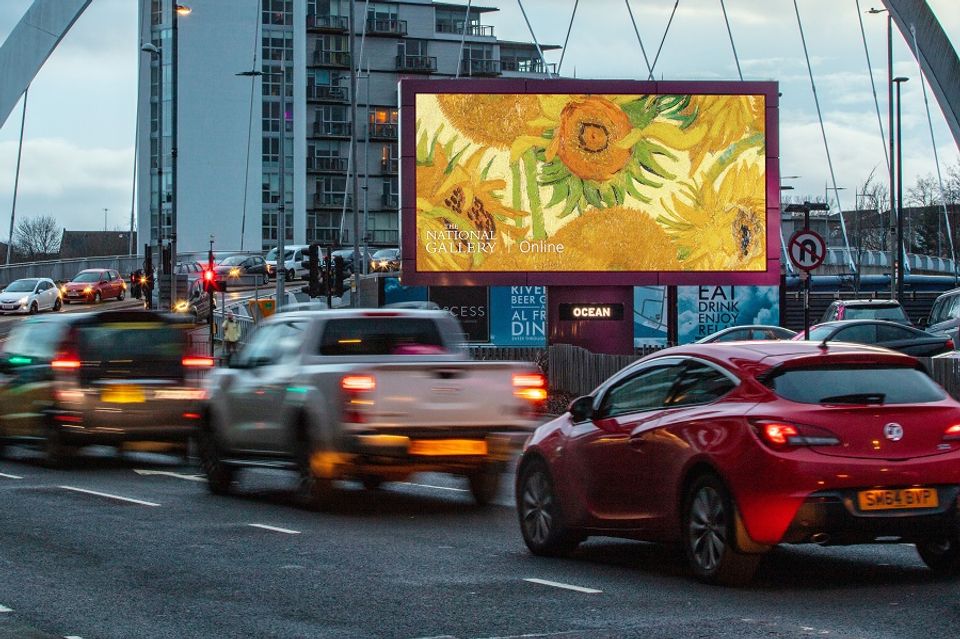 The Ocean Outdoor digital billboard with the National Gallery’s Sunflowers, on display in Glasgow during the coronavirus pandemic, May 2020 Courtesy of Ocean Outdoor

In the meantime, the UK public can enjoy the National Gallery’s Sunflowers out in the streets. General advertising spending has plummeted with the coronavirus crisis and the Ocean Outdoor company has therefore offered a few of its digital screens free-of-charge to the National Gallery for two weeks. Seven popular paintings are being featured—not surprisingly, they include the locked-down Sunflowers.

UPDATE, 4 June: It has been announced that Tokyo’s National Museum of Western Art will reopen with the London masterpieces exhibition on 18 June.