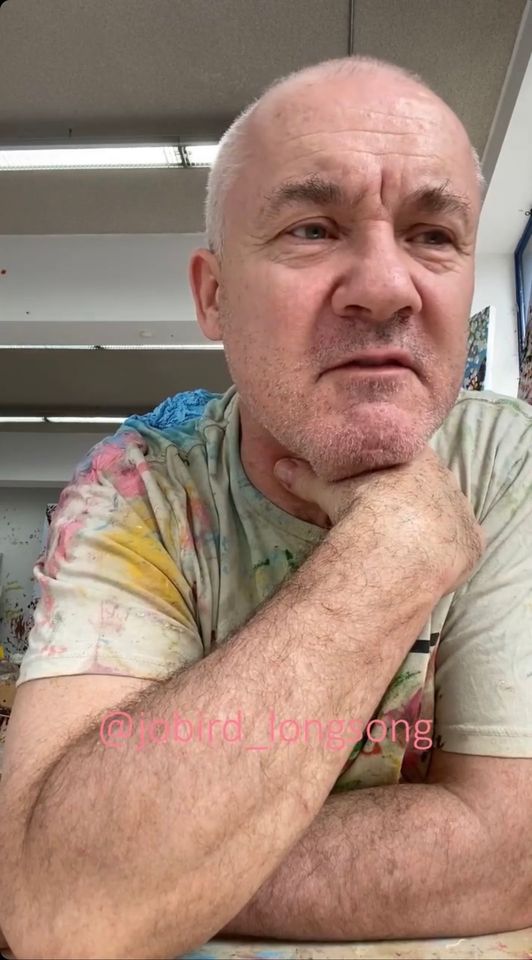 Damien Hirst delivers an Easter treat, posting on Instagram the first of four films in which he answers 100 questions submitted by the public for, in his own words, an “invented interview” (think of it as a virtual psychiatrist’s couch). Hirst leaps straight in, answering questions on his (in)famous 2007 skull piece, For the Love of God. “There are 8,621 diamonds… they’re all real and they’re all very, very good quality. I think they’re worth a lot more now than they were when I first made it in terms of the actual value of the diamonds.” Hirst apparently sold the piece in 2007 for £50m to a consortium of investors which included the artist himself (perhaps someone should ask him on Instagram where the controversial work is now).

Will the shark and cow, animals he has preserved in formaldehyde, eventually disintegrate? “Yeh, I mean everything does you know… “I’ve seen specimens in formaldehyde that are 200 years old.” He cannily adds: “In terms of making art, I always change everything anyway so you can get a new cow, get a new tank, do what you want.” Did any works fall by the wayside? “I once was going to make a carcass of a pig covered in vibrators, stuck all over it, and call it pork-you-pine, and for a while it thought it was the greatest idea the universe had ever come across.” Sadly, the piece never saw the light of day.

In 50 years’ time, which artists will be remembered, asks another contributor? “It’s a crapshoot. You’ve got to make art for people who haven’t been born yet” (he doesn’t give any names though). Are any artists undervalued? “I don’t know what value is, how much is something worth? I worked out quite early on that if two people with a lot of money want something and there aren’t many [works], it’s going to sell for a lot of money so it’s quite difficult to play that game.”

Other nuggets: the 1988 film Dead Ringers gave him the idea for his dual medicine cabinets pieces; he loves yellow, he previously had a problem with purple; he loves oil paint, “it’s malleable… it communicates more. Oil all day long”; he’s reading books about plagues and pandemics such as The Hot Zone by Richard Preston; he was working on “dark” paintings after his friend died which remain unfinished, and might re-start those.

Finally, Hirst’s entire life attitude can be summed up thus: “Make your paintings bigger… it forces you to come to terms with their existence… believe in what you’re doing, because I think it’s all about belief. If you believe in yourself, it’s infectious and other people have to believe in it, and even if you don’t know what you’re doing, you have to embrace that.” More revelations to follow as Hirst’s Instagram stream rolls on…