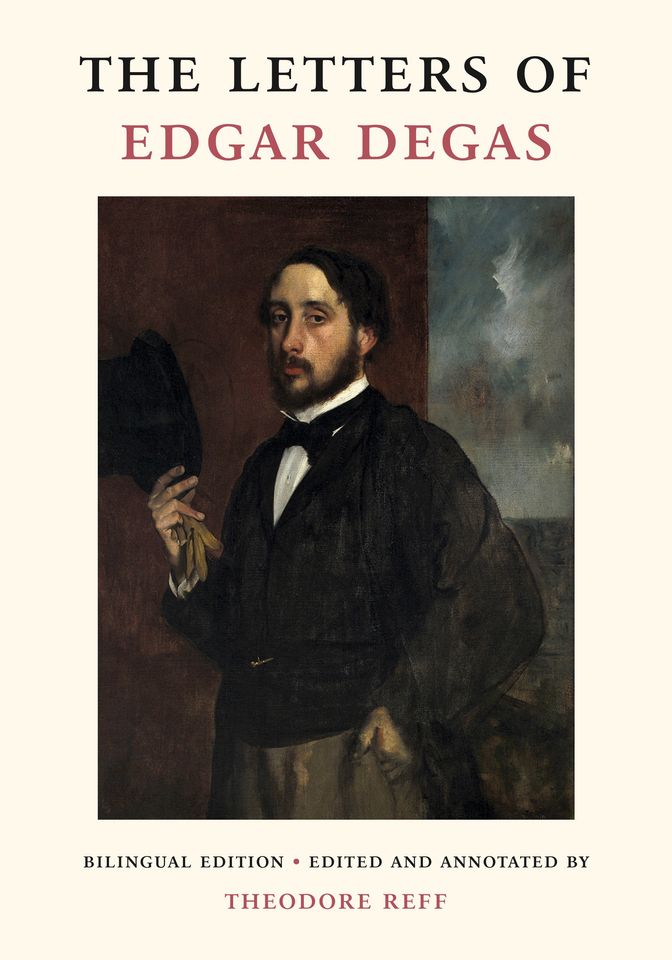 The cover of the book The Letters of Edgar Degas, edited by Theodore Reff, due to be published on 30 April Courtesy of Wildenstein Plattner Institute, New York, distributed by Pennsylvania State University Press

The definitive edition of the letters of Edgar Degas, due to be published next month, includes seven notes to Theo van Gogh asking for money for his pictures. Theo, Vincent’s brother and manager of the Boussod & Valadon gallery branch in Rue Montmartre, was one of the first dealers to buy from Degas.

A typical note from Degas, this one scribbled on his business card, reads: “Have the goodness to send me money tomorrow morning, I ran dry…” 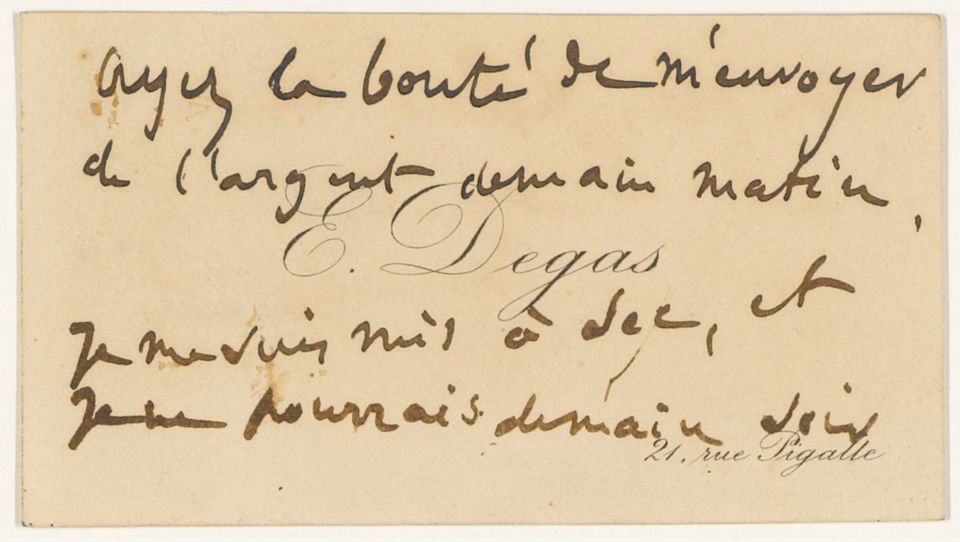 Business card of Edgar Degas, with a note to Theo van Gogh saying that he had run “dry” (probably 1887) Courtesy of the Van Gogh Museum archive (b1150), Amsterdam

On 10 August 1887 Degas dispatched his servant to Theo’s gallery to collect a payment: “Have the goodness to give the 1,500 francs to my maid.” Emphasising that he was working assiduously, Degas added: “Tomorrow morning, I have a model for the nude (woman from behind, sitting crossed-legged) and, if I finish it, I will have it sent to you on Monday.”

Among the Degas paintings which Theo bought that year from the artist was A Woman seated by a Vase of Flowers (1865), which is now at the Metropolitan Museum of Art, New York. 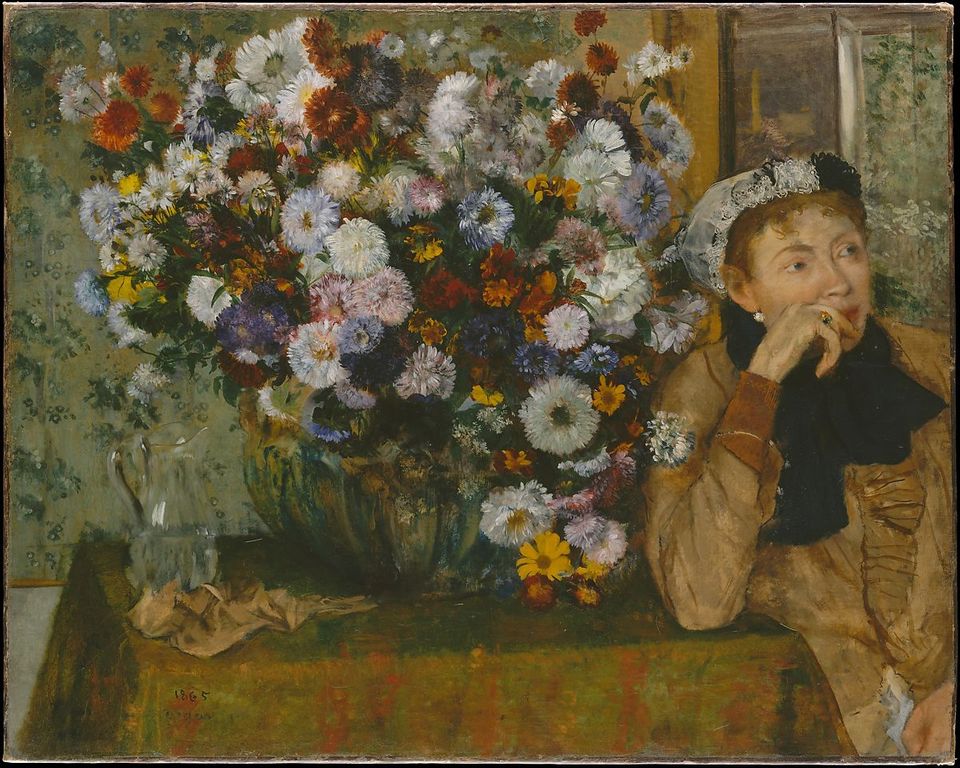 Edgar Degas’ A Woman seated beside a Vase of Flowers (1865) Courtesy of the Metropolitan Museum of Art, New York

Both Van Gogh brothers were great admirers of Degas. A few months after his arrival in 1886 to stay with Theo, Vincent wrote (in English) to his friend Horace Livens about the modern art he was discovering in Paris: “Though not being one of the club, yet I have much admired certain Impressionist pictures—Degas, nude figure—Claude Monet, landscape.” Vincent would have recently visited the 8th (and last) Impressionist exhibition in spring 1886, which almost certainly included Degas’ pastel Young Woman Dressing Herself (1885). 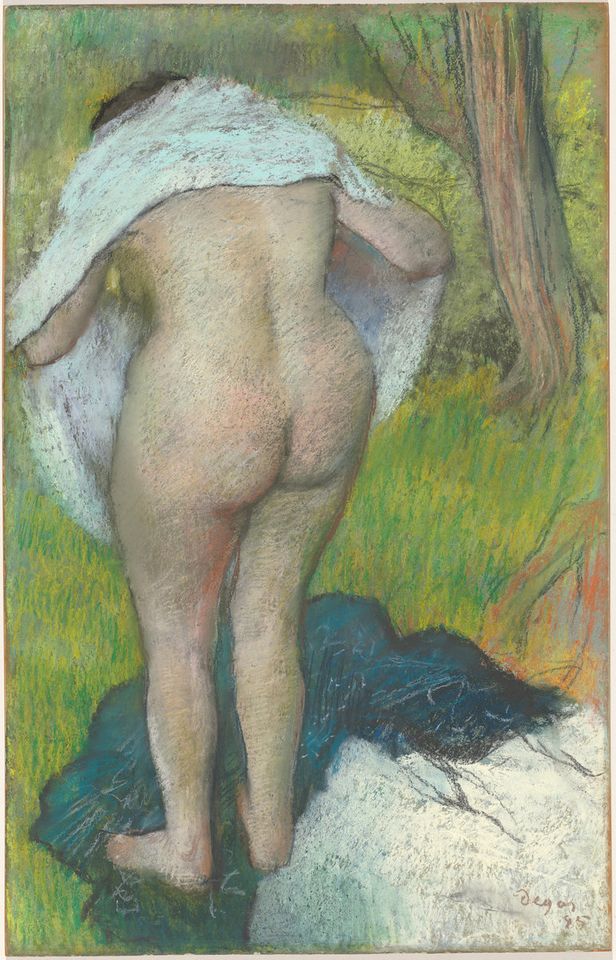 On a later occasion Vincent wrote about how Degas depicted female nudes, claiming it was because the artist had no sexual interest in women that he was able to portray their bodies so well. Vincent made the point in very graphic language in a letter to his friend Emile Bernard: “He doesn’t like women, knowing that if he liked them and fucked them a lot he would become cerebrally ill and hopeless at painting.”

When Vincent was hospitalised in Arles in January 1889, after mutilating his ear, he wrote to Theo that his suffering was “appalling”. Yet in the midst of it all, “I kept thinking about Degas”.

By this time Theo had got to know Degas socially, and in February 1890 he took his sister Wil to visit the artist. Degas told her that she reminded him of figures in the paintings of the Dutch Old Masters. He proudly brought out some of his own pictures to show her, with Theo later commenting that Wil had “understood the female nudes very well”.

Vincent shot himself in July 1890 and Theo died the following January from syphilis. Degas then lost the support of Boussod & Valadon, initially worried him, but within the next few years he had become commercially successful.

Degas, in his turn, quickly became an admirer of Vincent’s work, setting out to acquire some of his paintings. Daniel Halévy, a friend of Degas, recorded that collecting became something of an obsession for the artist. On one occasion in 1895 Degas had exclaimed to him at his home: “Here is my new Van Gogh, and my Cézanne: I buy! I buy! I can’t stop myself.” 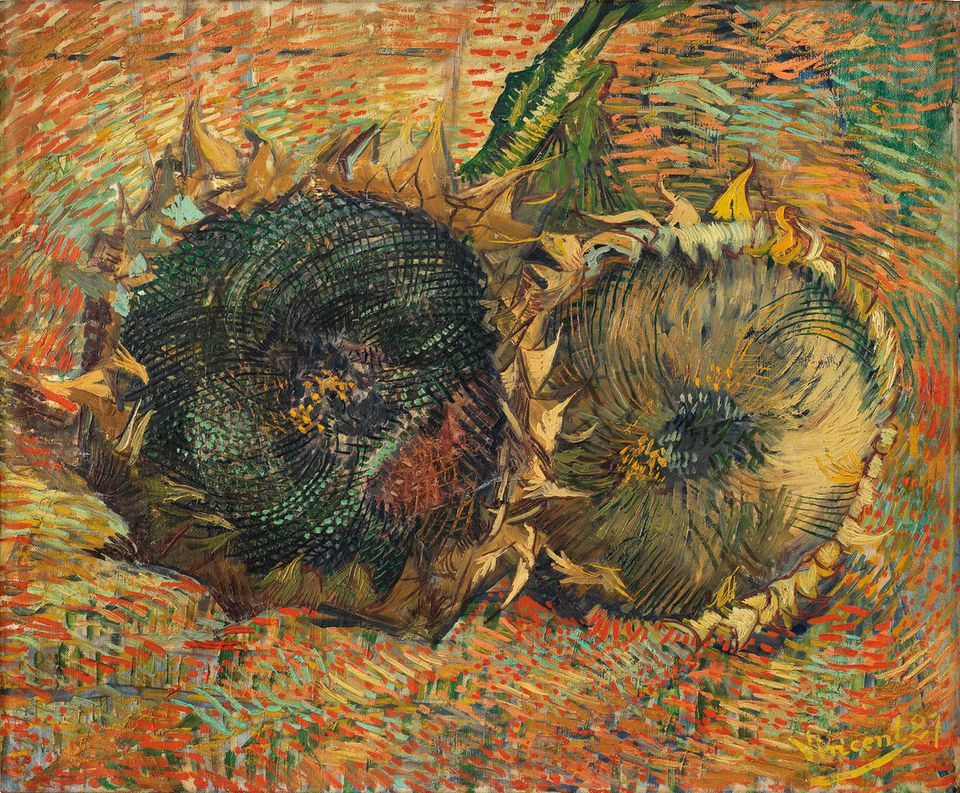 That year Degas had acquired Van Gogh’s Parisian painting Two Cut Sunflowers (1887), which is now at the Kunstmuseum Bern. He got it from the dealer Ambroise Vollard, in exchange for two of his dancer sketches. 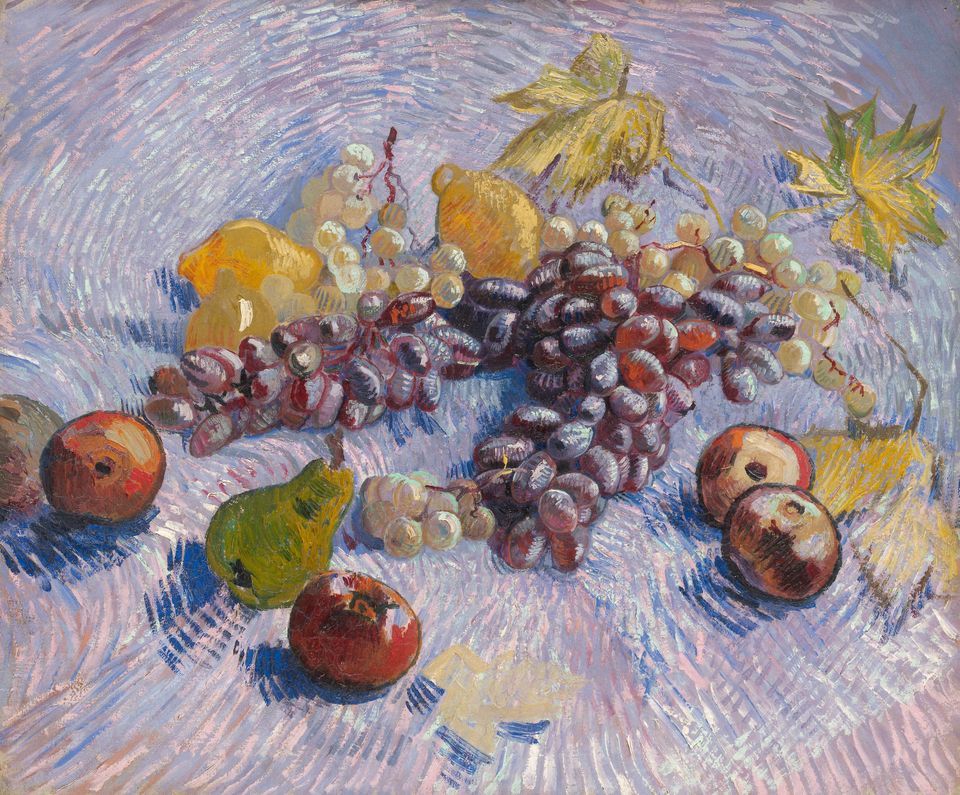 Around the same time he acquired the still life Grapes, Lemons, Pears and Apples (1887), which is now at the Art Institute of Chicago. He also owned an earlier Van Gogh drawing of a Peasant Woman Gleaning (1885), which is now in a private collection.

The three-volume set of The Letters of Edgar Degas, edited by Theodore Reff, is due to be published on 30 April by the Wildenstein Plattner Institute, New York and distributed by Pennsylvania State University Press. It reproduces 1,251 letters in the original French with English translations (including ten letters with references to the Van Gogh brothers), along with annotations. A quarter of the correspondence has never been published before. 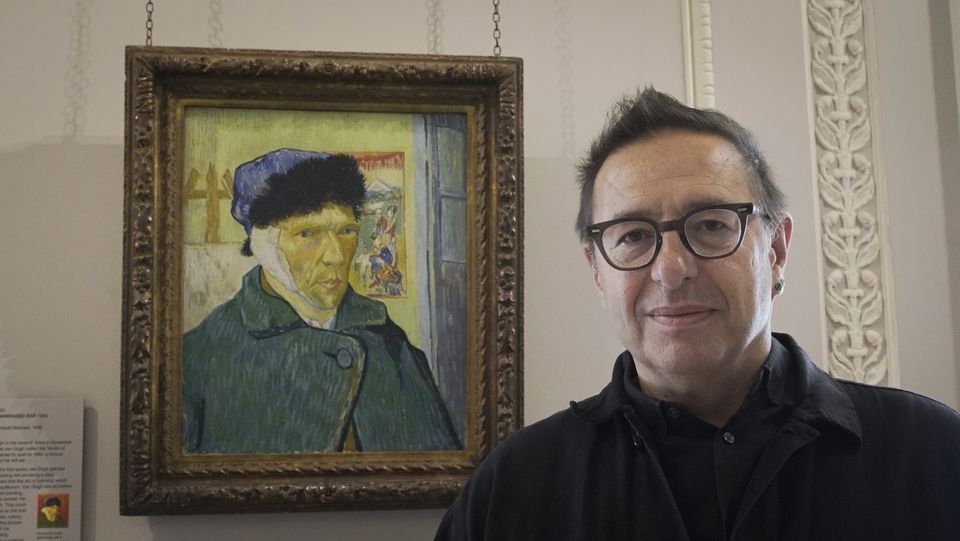 • On Tuesday BBC4 screened Waldemar Januszczak’s film on Van Gogh’s Self-Portrait with Bandaged Ear, based around the Courtauld Gallery’s 1889 painting. Januszczak argues that Van Gogh in presenting his severed ear at a brothel was following the practice of bullfighters in Arles throwing the ear of a slaughtered bull to a young woman in the crowd.

• All the world’s museums with large Van Gogh collections have now temporarily closed because of coronavirus. These are, in order of their holdings: Van Gogh Museum (Amsterdam), Kröller-Müller Museum (Otterlo), Musée d’Orsay (Paris), Metropolitan Museum of Art (New York), National Gallery of Art (Washington, DC), Kunstmuseum Den Haag, Art Institute of Chicago, Barnes (Philadelphia) and the Hermitage State Museum (St Petersburg). You can find a regularly updated list of the closed museum around the world here.