The artist Pedro Reyes offers a peek at a future where threats such as health crises, climate disasters, social division and nuclear destruction are far behind us 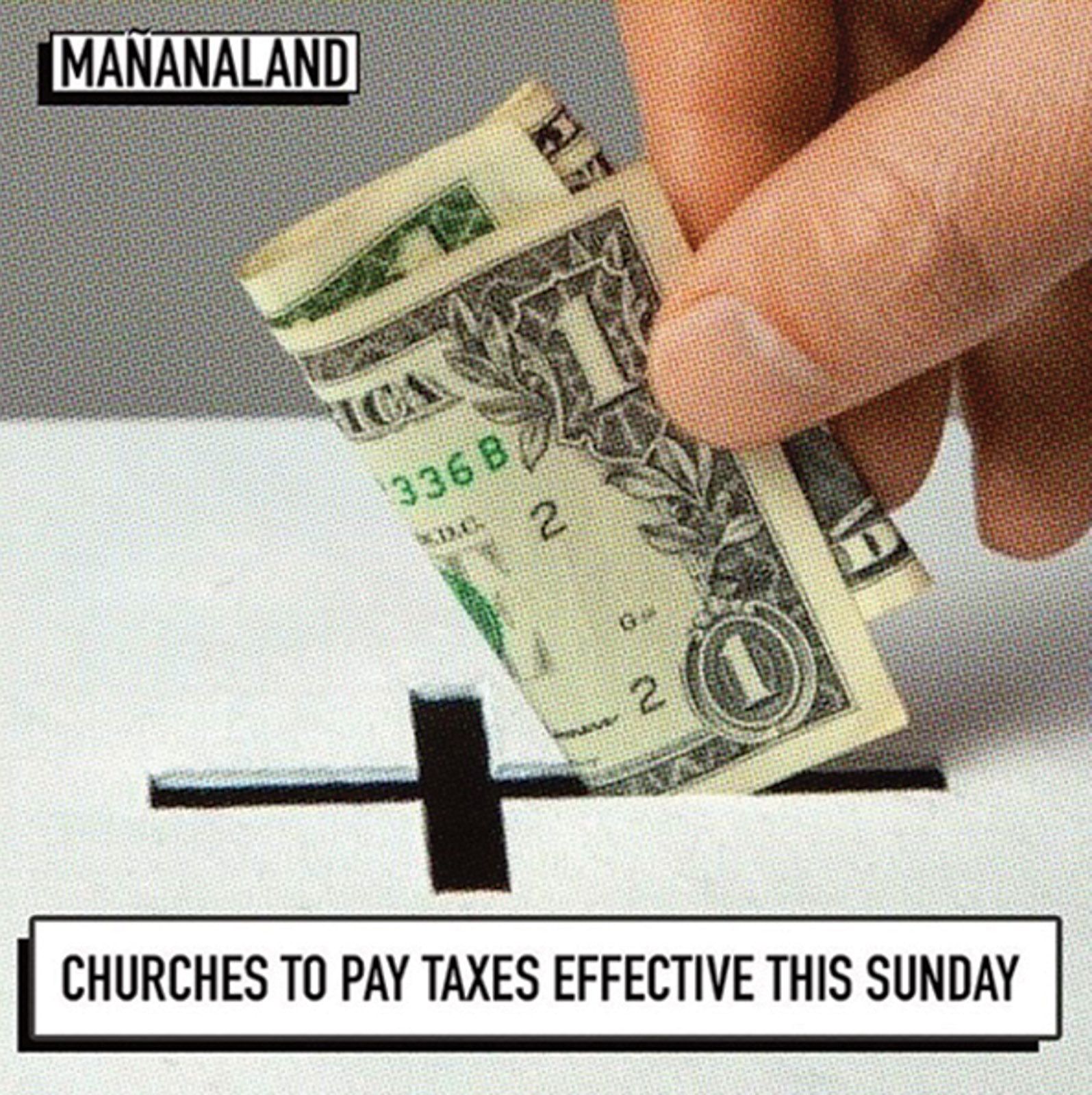 Days before Donald Trump was elected US President in 2016, the Mexican artist Pedro Reyes opened a haunted house themed immersive art project in Brooklyn titled Doomocracy, filled with the horrors of America’s social ills run amok. For this election, Reyes offered a more optimistic vision with MAÑANALAND, a peek at a future utopia, where threats such as health crises, climate disasters, social division and nuclear destruction are far behind us. Images from this imagined utopia come in the form of Instagram memes, video “news” reports, and augmented reality (AR) scavenger hunts across New York’s five boroughs. “It’s a fantasy world, but it’s a political fantasy,” Reyes says. “We call it speculative journalism because it’s like science fiction but in a sort of news format. And also we’ve come up with this weird term, we don’t call it augmented reality, but improved reality—IR.”

MAÑANALAND has been created with writers and actors from the New York theatre company The Tank, and is the kind of experimental production necessitated by the Covid-19 pandemic, which has kept the city’s playhouses shut for months. “Theatre is struggling because it is something you have to experience live. And I wanted to do a project with that incredibly resourceful community,” Reyes says. “It’s an interesting moment where you have to invent new formats. I think that this is the weirdest project I have ever done.”

Every day, photo-and text-based memes are released on the project’s Instagram page (@mananaistoday) as jokey purported “headlines” from the utopian news agency: “Churches to Pay Taxes Effective This Sunday” and “Study Shows That Kombucha Is Not Self Care”. But instead of presenting an ironic or sarcastic view so prevalent on the internet today—because “irony can desensitise you to a certain degree”—Reyes is taking the opposite approach with these “wholesome” memes. “I feel like we’re on Sesame Street or something, because we are trying to imagine a world post-conflict—how would the world look if the polarisation and dichotomies that keep us fighting against each other right now were a thing of the past? I believe that, when you’re talking about the solution, you are already talking about the problem—but you’re not stuck in the problem, you’re already offering an outcome that is desirable.”

To experience the project completely, you also need to download a scavenger hunt app on your phone, and head to a starting location listed on maps released on The Tank’s website. Once in place, you can follow a planned route and catch objects from MAÑANALAND that come floating by on your screen—think Pokémon Go, but with eco warriors instead of adorable animated monsters. Players get points for completing the hunts, one in each borough, and the highest scorer will win an original work of art by Reyes.

Reyes says this type of interactivity is influenced by the theatre of the oppressed, an art form created by the late Brazilian drama theorist and political activist Augusto Boal that is meant to inspire political change and conflict resolution by engaging the audience as “spect-actors”. “You have to imagine different outcomes to a situation in order to see which of the potential outcomes is the best,” Reyes says. “So the desire of a different reality is necessary to create wild images that can capture the public imagination. Like a wild utopia may have more traction than a mild reform. You have to dream in order to feel compelled to produce change.”

Listen to our podcast interview with Reyes about Mañanaland here.