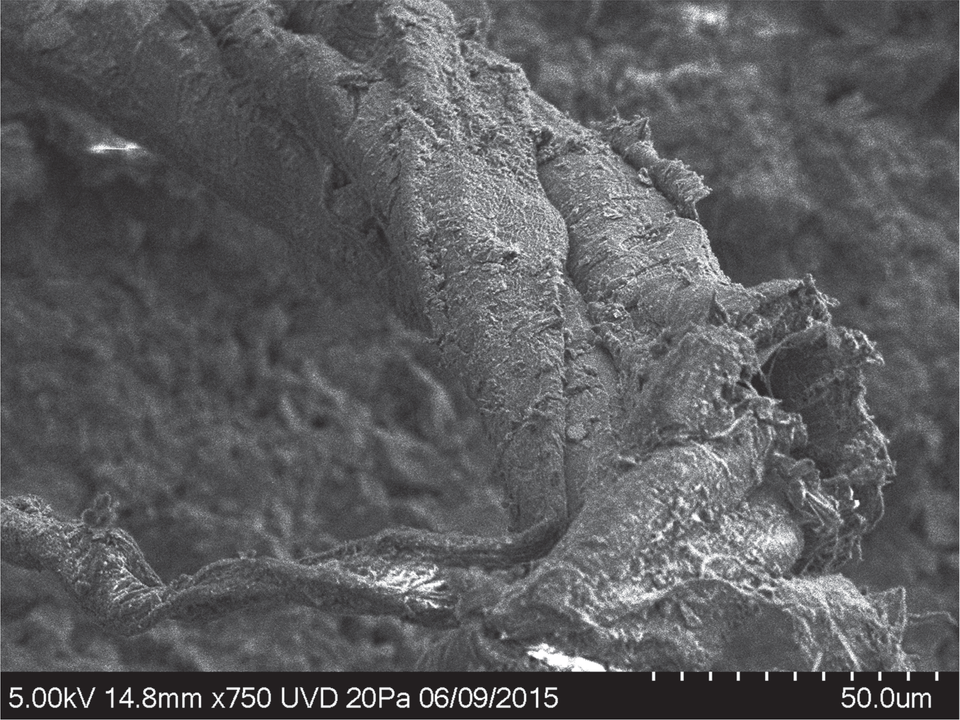 Did Neanderthals know how to knit? According to a study published Thursday in the journal Scientific Report, a piece of yarn or cord which dates back between 41,000 and 52,000 years was recently discovered by archaeologists in the prehistoric cave site of Abri du Maras in the south of France. The fibrous substance was found wrapped around a stone tool, and while it’s unlikely that neanderthals were engaged in yarn bombing, the material was believed to either have been wrapped around the handle of the tool or a remnant of a bag which held the tool. Seen under a microscope, the fibers appear to have been first twisted counterclockwise before being twisted clockwise around itself, forming the rope-like material in a manner that implies practice and knowledge.

Due to an absence of prehistoric fabric stores, this yarn seems to have been made from the inner bark of a conifer tree. "In order to get this fiber, you have to strip the outer bark off a tree to scrape off the inner bark,” according to Bruce Hardy, the co-author of the study. “This is best done in spring or early summer.” Such information demonstrates not only a fluency of material, but a knowledge of the ways in which trees grow and react to the seasons. Prior to this discovery, the oldest known cord fragment was about 19,000 years old.