'The real ideological war has just begun and Covid-19 is only the starting point': Ai Weiwei on China's response to the outbreak 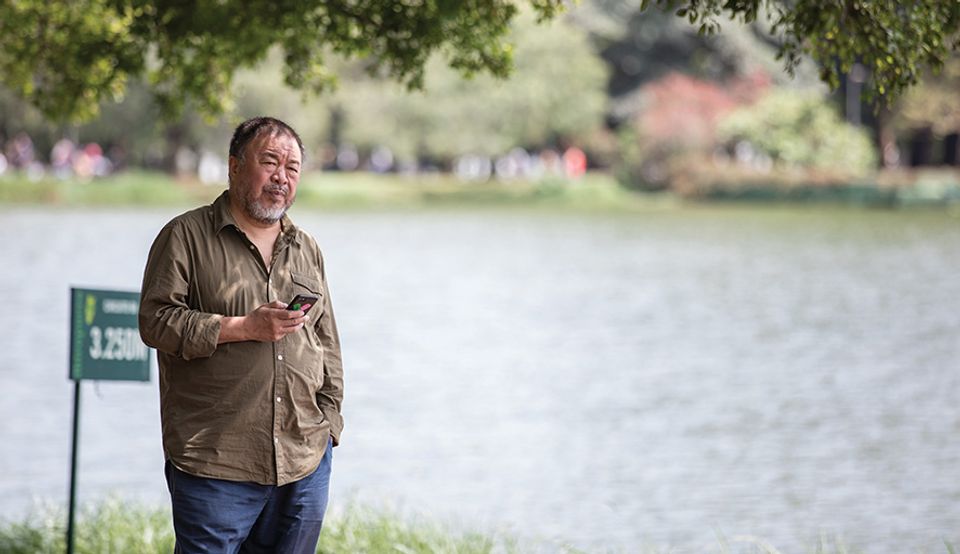 Ai Weiwei by the Ibirapuera Park lake in Sao Paulo, where he recently had an exhibition Photo: Carol Quintanilha

When faced with new things, people always find their vocabulary lacking. Covid-19 has taken a toll on people’s lives on a scale that is beyond our imagination – yet we have failed to effectively contain its spread. When Covid-19 broke out, I was working on my production of Turandot at the Teatro dell’Opera di Roma. At the same time, I was also engaged with filming a documentary on Covid-19, paying close attention to the epidemic’s development.

China’s measures toward containing Covid-19 have shown good results. The domestic outbreak is basically under control. However the global situation is more dire, where more than 100 countries have shown a worsening trend, to the extent that some, such as Italy and Switzerland, are considering stopping the treatment or emergency care of those over 80 years old and severely infected. The epidemic has precipitated the thinking on life and death in human society, and posed a major challenge for the economy, culture and morality.

When will the virus be under control? When will it end? Will it come back? People will always have these concerns. If it is a natural disaster (which may not necessarily be the case), early warnings and controls are crucial factors that contribute to the success or failure of the fight against it. Apparently, the Chinese government has taken the same action in dealing with public incidents: concealing the truth.

Concealment is a convenient tactic. It is not just about censoring unwanted voices. It is the basic means of maintaining political power, without which the existence of this regime would be near impossible. The covering up in the early stages of the epidemic led to an explosion of cases in a short period of time, quickly becoming unstoppable. Since then, China has once again proved itself to the world that with its authoritarian rule and militarised management, it has minimised the threat of the epidemic to the regime. It has successfully frozen the whole country for two months, with quarantine, confinement and blockade, controlling the virus as well as public opinion. Things have developed in a direction that is conducive to the stability of the regime.

Today China is in a cheerful mood after surviving a great catastrophe. It proves to the world the effectiveness of authoritarian rules and exposes the disadvantages and malpractices of free and democratic societies in controlling the epidemic. Obviously, many countries with freedom of the press and social security measures have reacted to this epidemic helplessly, and even ridiculously.

The development and rise of China in the past few decades has made China and the world inextricably linked. It’s as if after joining two organs from different lives, a transplant rejection occurs. One tenaciously rejects the other. We can imagine that a scenario of mutual defeat is inevitable, and the only question remaining is who survives and who dies.

China has solved many social problems during its development. At the same time, it has never denied its original intention, which is to build a socialist society with Chinese characteristics. It does not recognise the universal value system of the West: democratic elections, freedom of speech and an independent judicial system. China has made it clear that it will never compromise on any matter of principle. The question is whether the West is ready.

For a long time, driven by capital expansion, the West believed that the accumulation of wealth would accelerate China’s realisation of democracy and freedom. This illusion has clearly been shattered.

China’s increasingly important role in the world economy presents a potential threat to the world order, especially in the realms of politics and culture, which has been dominated by the West. This threat will become increasingly acute with China’s growing strength, and the world will witness a confrontation of two extreme ideologies. Interestingly, they have already established an interdependent relationship. The real ideological war has just begun, and the Covid-19 outbreak is only a starting point.

• Ai Weiwei is an artist and activist