Don’t believe what you read in the papers: Venice won't lose its cruise ships any time soon 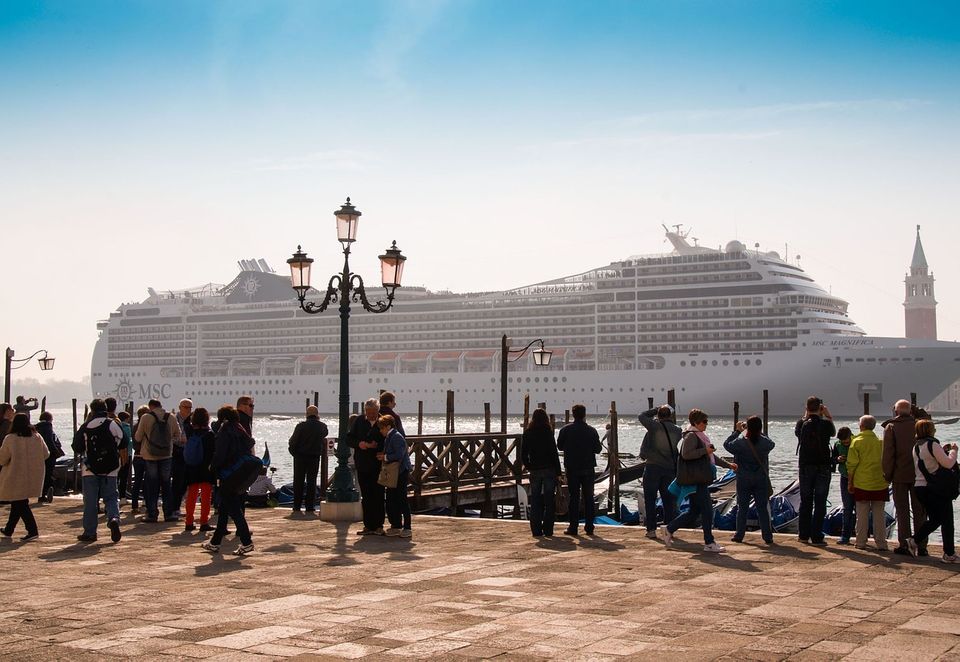 On 7 August, the Financial Times carried a widely quoted article reporting that the number of cruise ships sailing through Venice—currently about 500 a year—would be reduced by a third over the next 12 months. Unfortunately, this is not the case. Danilo Toninelli, the Italian minister of infrastructure, had merely said this was his intent and that a consultation on the subject had begun.

Nor is it the first time the Italian government has announced limits on the big ships. Decisions to that effect were taken in 2012 and 2017, but these floating apartment blocks have continued to sail down the Giudecca canal. In theory, no ships of more than 40,000 tonnes should have been coming into Venice for the past six years, but in fact, only the few that are over 96,000 tonnes have been diverted to the industrial port of Marghera.

So, what, if anything, has changed? Essentially nothing, except that the political value of the issue soared when the MSC Opera (65,000 tonnes) hit the quay side in Venice on 2 July, and the Costa Deliziosa (92,720 tonnes) had a near miss five days later, incidents that the port had sworn were impossible.

Who has the power to make the cruise ships go away? No one

The fundamental question is, who has the power to make the cruise ships go away? Certainly not Toninelli. He belongs to the Cinque Stelle party, which is the decidedly weaker member of the coalition in a government that has spent August in a constitutional crisis as hysterical as the current UK parliament. Not only does he lack political clout, but the coalition may fall apart very soon.

The mayor of Venice, Luigi Brugnaro, is a forceful man, but cannot take the decision because the port and the canals through the lagoon and the city used by the cruise ships do not come under him but central government.

The Comitatone (big committee), made up of the heads of the relevant ministries plus the mayor, which meets very occasionally to ratify major decisions regarding Venice, could be convoked if there were a stable government, but there is not.

In short, expect to see the big ships in Venice for some while yet, also because ecological, political, financial and commercial interests greatly complicate the issue. In 2017, according to the Sole 24 Ore newspaper, the cruise ships arriving in Venice generated a turnover of €410m and 4000 full-time jobs, a fact that no government is going to ignore. 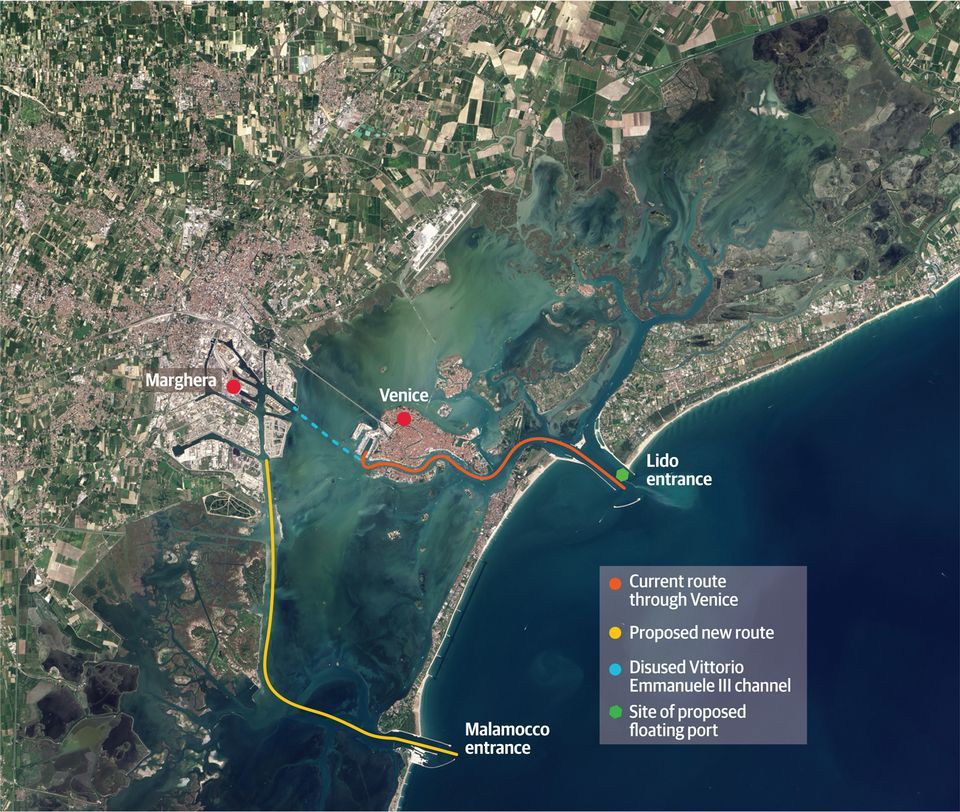 What are the options for the cruise ships?

1) The citizen action groups such as We are Here Venice would like to see the cruise ships leave Venice in favour of Trieste, or better still, cease to exist altogether. They may well be right, but they are not realistic. Nonetheless, they have the ear of the media, especially abroad, and politicians may try to channel their support for a compromise position.

2) The Stazione Marittima, the port in Venice, is managed by a commercial company that does not want to lose its investment by the ships docking elsewhere. Its shareholders have a lot of political influence (for example, SAVE, the company that runs Venice airport, is among them) so the pro-business president of the region and mayor both support diverting most of the ships to the Marittima by a canal through the lagoon behind Venice. But this would need to be deep-dredged and scientists have shown that it would damage the already much deteriorated lagoon. Despite this evidence, the Italian government (without the support of Toninelli) managed to persuade the Unesco World Heritage Committee to approve this solution in July this year.

3) Another option involves industrial reclamation. Since ships over 96,000 tonnes already dock at Marghera, the port for the declining petrochemical industries on the inner side of the lagoon, one could clean it up, build berths and dock all the cruise ships there, apart from the 50 or so luxury yachts of the kind that turn up at Biennale openings, which would still tie up at the Stazione Marittima. Toninelli accepts the Marghera option in the short term, with the possible development of the port at Chioggia in the longer term, but this is an inconvenient 55 km from Venice, and requires an improved train connection, not to mention moving a liquefied gas depot.

4) As a better alternative, Toninelli favours the plan that has most support from the ecologists. This is to build a floating port outside the Lido entrance into the lagoon, from which the passengers would be brought by boats into different parts of Venice, thus spreading them around the city instead of unloading them as a hoard in one place. This floating port scheme, which has already had a positive environmental impact assessment, would also have the advantage that, being outside the lagoon, it would remain accessible when the mobile flood barriers (due to be finished in 2021) are closed, which will happen ever more frequently as the sea level rises.

This last option, which seems to have the most advantages, does not, however, have any powerful political backers. This illustrates, yet again, that what Venice needs most is over-arching, long-term planning that links up its various needs—ecological, touristic, socio-economic and artistic—produced and carried out by an authority with strong delegated executive powers, independent of the short-term interests and churn of changing governments.