Notre Dame presents an opportunity for respect, not re-invention 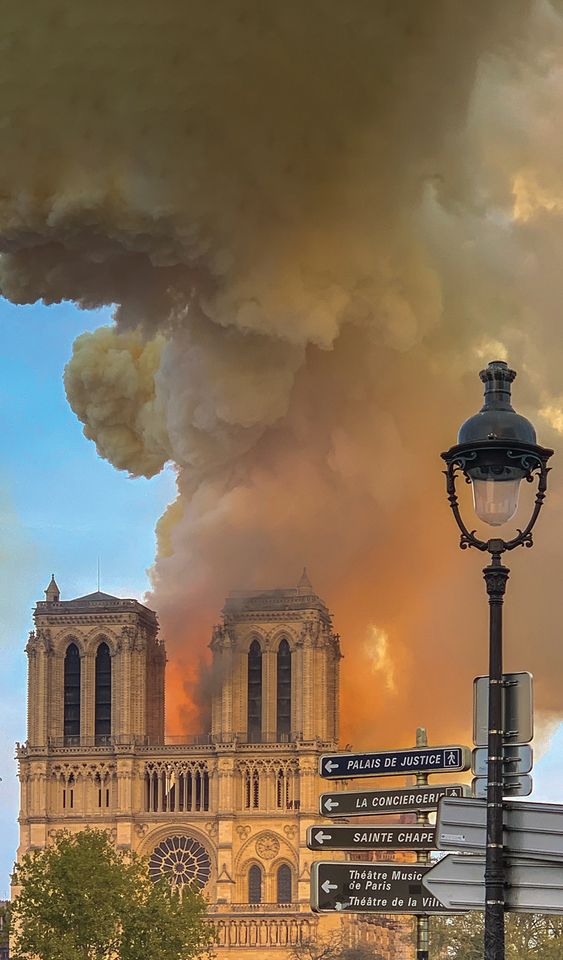 You would think a beloved monarch was dying. As the great Notre Dame cathedral exploded into flame, onlookers prayed, crowds wept, world leaders declared their grief. Never can the power of stone and wood over human emotion have been so vividly on display as in Paris last month.

Civilisation, said the art historian Kenneth Clark, defied definition. He knew only that, as he stood on the Pont des Arts and looked towards Notre Dame, he was in its presence. Located at the heart of a great city, the twin towers fixed in time and place, the faith, the art and the identity not just of France but of Western culture. It was architecture at its most vital and insistent. For the French that day, as President Macron said, “it was as if part of us burns”. While the fire rose into the evening sky, the world looked on, frozen in horror.

That Notre Dame spoke to the hearts of millions showed that buildings, especially those of great age, can be said to live and hence die. Yet they do not die, because they can be restored, to their former appearance, purpose and inspiration of their creators. Notre Dame is sorely wounded. But those who know and love it clearly want it to live on. The only question is how.

Notre Dame is the most recorded of churches. It has been scanned and archived in its entirety down to the nearest five millimetres. Its medieval walls survive, even if damaged by heat and water. Modern techniques of digital etching and 3-D printing enable perfect replication. While new stone cannot be “old”, it has long been employed to cure the ailments of age. Almost all of Europe’s cathedrals were reworked in the 19th century. Otherwise they would be ruins, like most old castles. England’s cathedrals were comprehensively reworked by George Gilbert Scott. York Minister’s transept remains a medieval masterpiece of the 1980s. The rafters of Chartres are of iron, the roof of Reims is of iron and concrete. Notre Dame itself was restored from dereliction by Viollet-le-Duc in the 1840s, with the addition of his famous spire, or fleche. Each of these restorations was driven by deep respect for the gothic original.

The only language contemporary architects seem able to speak is glass

I have been shocked at the nature of the debate over the past few weeks, especially among architects. It is as if Notre Dame were no more, and the site was now their plaything. The French government has announced a “competition” to replace the roof and spire. Macron has invited “a touch of contemporary architecture”. Suddenly Viollet-le-Duc is expendable for being 19th and not 13th century. Contempt for 19th-century stylistic revivalism remains obsessive among architects trained in the past half-century.

They clearly have allies. The authenticity of materials has long been a cult of Western conservation, as if the essence of an old building lay solely in its stone. The post-war edict “conserve as found” has long prevented the reinstatement of ruined structures, as if new materials were an “impermissible intervention”. As a result, Unesco feuding has left Afghanistan’s vandalised Bamiyan buddhas as vacant holes, and may yet block the reinstatement of damaged Palmyra and Aleppo. This baffles Asians, to whom the essence of a building lies in its design and appearance, in the vision of its architect, not the date of its fabric. A Chinese palace or Japanese temple is constantly being rebuilt.

There is clearly no sense in chopping down 1,300 mature oaks to replace Notre Dame’s famous beams, when a replacement vault can be supported by half the weight in titanium. That is common sense. But then what? Macron’s competition has released the cat from the bag. If you want a “more contemporary” cathedral, how much of it do you want 13th century, or 19th or 21st? We fill our cathedrals with modern screens and fittings, sculptures and paintings, so why not reimagine the ceilings and roofs? Already there are proposals to dismiss the gothic play of light and shadow in the old vault with a steel and glass roof. There is talk of doing away with the decorative flourish of Viollet-le-Duc’s fleche and, predictably, replacing it with a glass spike. The only language contemporary architects seem able to speak is glass.

I can imagine Notre Dame’s past builders listening in horror. The vault and spire have not “gone”, except in their material form. They remain in plans and drawings, as they did before being built. I cannot believe the French want their cathedral to look anything other than it did before, whatever its materials: a masterpiece of the gothic style. Its roofline has been a Paris landmark on a par with Sacre Coeur and the Eiffel Tower. The fleche was integral to its gothic personality, adorned with carvings that answered the 13th-century crockets that festoon the west towers. They were not “a touch of contemporary”, but an act of homage to their setting.

These buildings define the continuity of European culture. They answer a craving to see the present in the language of the past. They are why travellers from round the world pour into our continent of Europe, in search of psychological as much as archaeological reassurance. The 21st century has scope enough for its genius. Notre Dame offers the friendship of a masterpiece, stretching out its hand to us across time. France cannot let slip that hand.

Appeared in The Art Newspaper, 312 May 2019
More CommentTopicsParis Cathedral of Notre Dame