'While I revile Trump as much as the next man, Nancy Spector was wrong to offer the Golden Toilet' 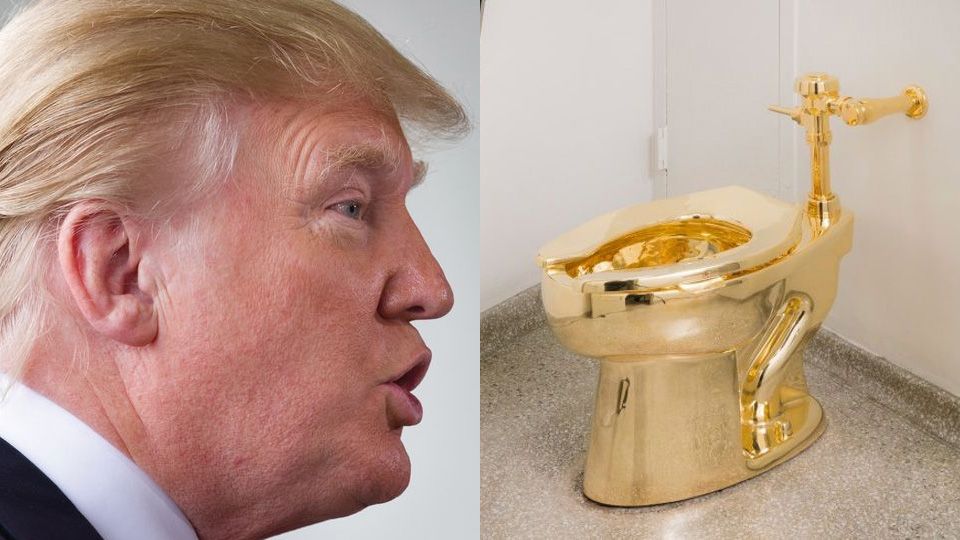 Nancy Spector, the chief curator of the Guggenheim museum in New York, has rebuffed a request from President Donald Trump to borrow Van Gogh’s Landscape with Snow (1888), for his and Melania’s private living quarters.

Instead, Spector offers America, the title of Maurizio Cattelan’s fully-functioning, solid gold toilet, which had been installed in the Guggenheim’s rest-rooms for almost a year, and was seen—and presumably used by—hundreds of thousands of people, according to Spector’s blog, which called it a “cipher for the excesses of affluence.”

The offer, which has only recently been revealed—the email dates from last September—leaves me uncomfortable. Of course it is terribly funny, but I feel that in making the offer Spector is descending to Trump’s puerile level—the equivalent of one of his insulting tweets.

Make no mistake, I am revolted by Trump, by his rolling back of so many gains made in the past decades, on the environment, on womens’ rights, on race relations, immigration and much more. He seems to me massively unfit for the function he now occupies.

But does Spector do any service to the liberal cause with her offer? Her suggestion will alienate exactly those who a museum should seek to engage with, and is a gift to those who already castigate the liberal, metropolitan elite as being sneering and out of touch with the ordinary person.

In addition Spector is acting as the representative of a museum, whose role is—or should be—to elevate the public discourse and offer inspiration towards higher ideals rather than a playground brawl. It is her absolute right to resist, but just not in this way.