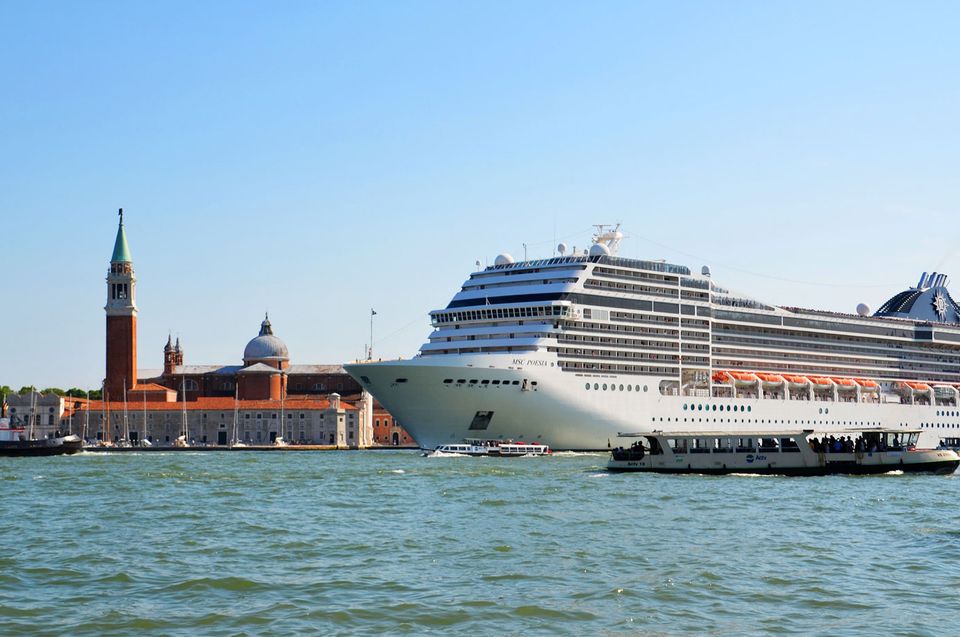 The future flood barriers could stop all flooding in Venice, but their raising will be delayed in order not to hamper shipping entering the lagoon, while St Mark’s square and basilica will be inundated © pixabay

The World Heritage Committee of Unesco is currently meeting in Baku (until 10 July). For the third time running it intends not to put Venice on its list of endangered sites. In fact, it is not even intending to discuss it, and its largely approving comments on the Venetian town council’s future plans were drafted weeks ago, ready to be rubber-stamped at the meeting.

This will be ignoring the obvious fact that Venice is in both short and long term danger, from the 500 or so cruise ships sailing every year towards St Mark’s Square (in June, one of them collided with the quay side and a smaller vessel because of steering failure and a snapped hawser to the lead tug); from the uncontrolled tourism, ecological degeneration, acute flooding events and chronically rising sea level.

In 2014 the World Heritage Committee summoned up the nerve to threaten Venice with being listed and one of its requirements was that no more large ships and tankers enter the Venetian lagoon. Five years have gone by and there has been almost no progress on this front, but the recent accident has led to a flurry of government activity.

For the mayor of Venice, Luigi Brugnaro, an entrepreneur who sees everything from the perspective of what is good for business today, the priority is keeping the cruise economy in Venice (1.8 million passengers out of the 25 million visitors per year, as well as harbour dues and servicing the ships). In particular, he wants to further the interests of the port in Venice, the Stazione Marittima, where almost all the cruise ships currently tie up.

It is not widely understood that this port does not belong to Venice. It is owned by the state but run by a company called Venezia Terminal Passeggeri in which the city has no shares. Given the decisive role of the Venetians in the rout of the Turks in the sea battle of Lepanto in 1571, historians will enjoy the irony that the largest single shareholder now in the Venice port is the Turkish cruise operator Global Ports Holding, with 44%, which has joined forces with the Carnival Group, MSC Cruises and Royal Caribbean, all cruise ship companies, to hold a 53% controlling stake. Naturally, their priority is not only to increase the cruise ship traffic, but to bring it to this port in particular, in which they have made big investments.

Brugnaro is therefore ignoring the 2014 Unesco requirement to keep all big ships right out of the lagoon. His solution, which is the one to which Unesco is intending to give its approval in Baku, would indeed stop them sailing through the centre of town, but they would still enter the lagoon, at Malamocco instead of the Lido entrance.

Those above 96,000 tonnes would moor at the industrial port of Marghera inside the lagoon, while those under that limit—the majority—would proceed to the Venice port up a currently disused channel, the Vittorio Emmanuele III, which could be navigable in three to four years.

The plan has the support of the aggressive and powerful deputy prime minister of Italy Matteo Salvini and it seemed that it was a done deal. But on 13 June, the minister of infrastructure and transport Danilo Toninelli, of the greenish Five Star Movement, the weaker party in the coalition, put a spoke in the works by supporting two alternatives, neither of which suits the interests of the port or the mayor.

The first seems a non-starter. It to moor 25km away from Venice at Chioggia, the southernmost point of the lagoon. This would be expensive, take more than six years to build, and would subject the passengers to a boring bus ride into Venice.

The second plan is much more attractive and satisfies the 2014 requirement that the ships not enter the lagoon. They would moor instead at San Nicolò outside the Lido opening and eco-friendly, electric, wake-less catamarans would ferry passengers into different parts of Venice, thereby spreading the crowds around much better than at present.

Toninelli’s suggestions precipitated a furious request by Brugnaro for Venice to be added to the endangered list, but actually it is the last thing he wants to happen, because it would force Unesco to put Venice into the equivalent of special measures, with constant external reporting on its activities and policies. He is counting instead on his bombshell causing the cabinet to override Toninelli and appeal to the Baku conference for clear backing of the Vittorio Emmanuele channel solution on the grounds that urgent action is needed to prevent any more accidents with the big ships.

But the decision over what to do about the big ships is much more important than just keeping them out of the centre of Venice. It profoundly affects how the mobile barriers being built (see New evidence that Venice's Mose mobile flood barriers have serious conservation faults) between the lagoon and the sea will be used. The decision about when to raise them depends on whether the aim is to provide total protection for the city, or to allow maximum access to the lagoon for the ships.

Currently, the plan favours the ships. The barriers will only be raised when flood waters reach 110cm above sea level, but by that time, St Mark’s Square and the basilica—that “vast illuminated missal, bound with alabaster instead of parchment”, as the 19th-century critic John Ruskin called it—will be flooded. The reason is that, at 85cm above sea level, this is the lowest-lying part of Venice. Pierpaolo Campostrini, one of the procurators of San Marco and an environmental scientist, says that the fabric of this 900-year old building cannot take it anymore; its rare marbles are disintegrating and the humidity in the walls has reached the level of its medieval mosaics, causing them to fall off.

This trade-off between the ships and the city will become more and more damaging to the latter as water levels rise, so the only safe and responsible policy now is to provide ports outside the lagoon for all major marine traffic, whether cruise ships, petrol tankers or container ships.

This policy is also the only one that makes economic sense in the longer term. The Intergovernmental Panel on Climate Change (IPCC) is continually revising upwards its predictions of sea-level rise, and over the course of this century the barriers will have to close for longer and longer periods of time, thereby seriously limiting the activity of any port inside the lagoon.

How Venice is to defend itself from a potential rise of 2.5m by 2100 is another story, but one thing is certain, the decision now about where to take the ships is fundamental to the future protection of the city.

It is also fundamental to how Unesco is perceived. Since its brave beginnings in 1946, when it was run by writers, philosophers, scientists and artists, the organisation has become bureaucratised, politicised and cowardly, afraid of alienating its 195 member states. To be listed is not seen as a simple recognition of fact or an appeal for help, but a national humiliation that the countries’ ambassadors do everything to avoid.

In Baku this week, Unesco should fight this decline into futility. For the sake of Venice, for the sake of its reputation, and as a warning to us all, it should put La Serenissima, one of the most beautiful creations of mankind, on the World Heritage Sites endangered list.