The city is young, but it is making a noticeable mark internationally when it comes to contemporary art 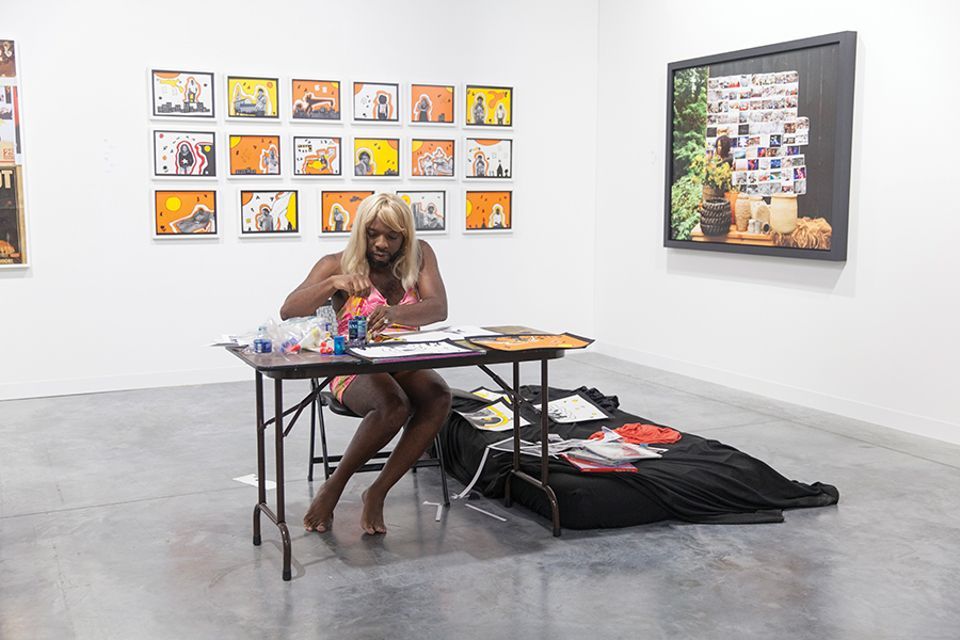 Miami is a magical place by any measure. Art, however, is not magic—it is called a “work” of art for a reason. The city has increasingly incorporated art and culture as part of its image in the past 15 years. The Art Newspaper has been covering Miami’s cultural evolution for just as long, including my gallery’s first press coverage in 2005, when we sold a Pepe Mar sculpture to a Los Angeles collector at NADA. Miami is a young city, however; still shifting, transitioning, creating, and we see this nowhere better than in the cultural sector.

Museums represent the single most important growth in Miami’s art scene over the past 15 years. There have been several successful museum expansions during this time—The Bass, The Pérez Art Museum, Miami, The Frost—and the creation of new public institutions led by private philanthropy, like the ICA Miami. Locals support these institutions year-round as members, actively interested in their exhibitions and programming.

Important non-profit spaces have also nurtured Miami’s artists, including the ArtCenter/South Florida, which has enjoyed growth in past years and recently granted around $500,000 to local artists. Meanwhile, Locust Projects just received a $1m grant from the Knight Foundation to support the city’s creative community.

The city’s private collectors, like Craig Robins, Paul and Trudy Cejas and Irma and Norman Braman, have done a great deal to make art and culture part of the fabric of Miami. Some have opened their collections to the public, funded lectures, provided affordable studio spaces for artists and made substantial donations to local museums. Among them is the Rubell Family Collection, which is now moving from Wynwood to an even grander exhibition space in Allapattah.

Miami is a young city, however; still shifting, transitioning, creating

Miami’s gallery scene has always been an important part of the city’s identity, but the hub for independent spaces has moved around. Many neighbourhoods have laid claim to the contemporary art scene, including Biscayne Corridor, Coral Gables, South Beach, Bal Harbour, North Miami and, more recently, Wynwood (where my gallery first opened in 2005) and Little River, where the emerging art scene is centred today. My gallery moved to our current building at 420 Lincoln Road four years ago, after contemplating the history of South Beach as a bastion of galleries and artists’ studios in the 1980s and 1990s. That has all gone now, but the place retains its sense of history as an early epicentre of contemporary art.

A significant influence that has help make culture part of Miami’s imprint is Art Basel, and a testament to the city’s relationship with the fair is the new Miami Beach Convention Center. Once completed, it will house major permanent commissions by artists including Franz Ackermann, Elmgreen & Dragset, Ellen Harvey, Joseph Kosuth, Sarah Morris and Joep van Lieshout, adding to the stellar works of public art already in the collection of the City of Miami Beach. I believe there is remarkable growth ahead for Miami’s contemporary art scene and many new allegiances await to be forged. Miami is young, but it is making a strong and noticeable mark internationally where contemporary art is concerned.

• The writer is a Miami gallerist. Listen to his report from Art Basel in Miami Beach here.