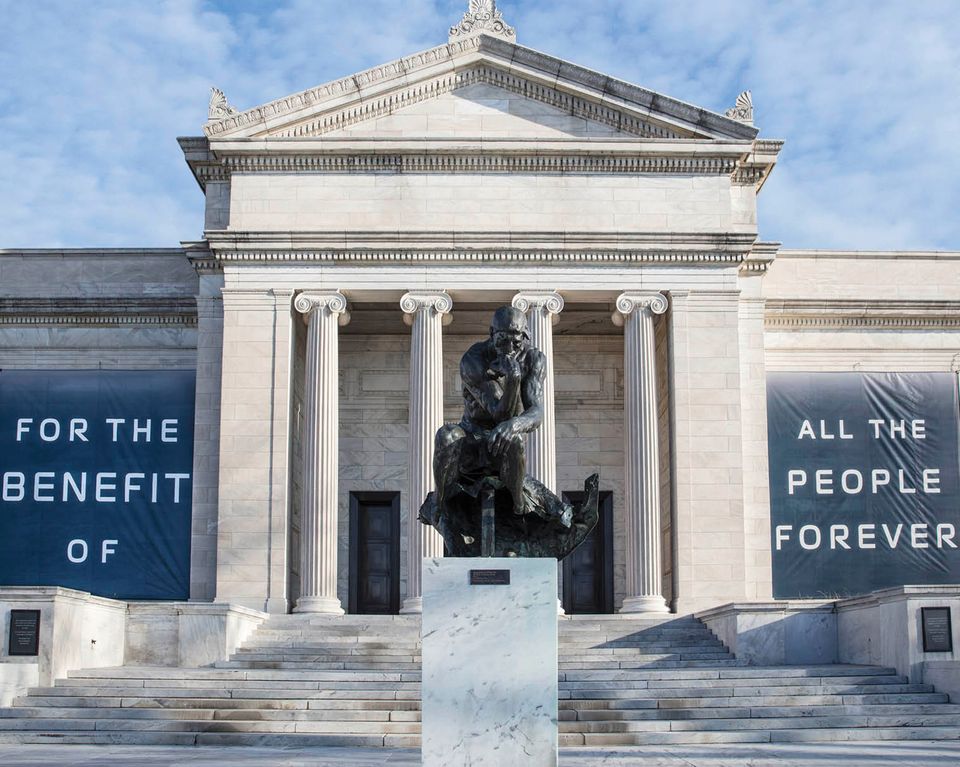 The transformation of the American polity that the 45th president of the United States has championed in his first year has complex long-term causes and effects. These have generated a tsunami of ruminative books, articles, op-eds, cable-television shows, dinner-table discussions and, for most of us, interior monologues. They will roll on long after Donald Trump leaves office—whether via the ballot box, the special prosecutor’s diligence or his remarkable diet.

Whatever the longer-term causes and effects, the current reality is that his agenda—and the values he is modelling, encouraging and appealing to in his electoral base—are starkly at odds with the values that most museums hold at their core. This is an unusual and increasingly uncomfortable experience for a museum community whose priorities and rhetoric have been—throughout my professional life, at least—broadly congruent with the prevailing values of society and echoed routinely, albeit sometimes too faintly, by our political leaders.

We are navigating waters today that are different in degree from those navigated by cultural leaders and civil servants in the Third Reich, but they are not different in kind. Lives are not at stake, but livelihoods potentially are, and more importantly, so are the legitimacy and standing of some of the foundational ideas and values on which museums are founded.

A museum’s mission is “true north”, in the trope of good governance practice: that is, the ultimate, non-negotiable purpose of the institution, which, once captured in a short statement and ratified by the board, serves to inform and guide what a museum does and how it does it. The mission statements of most US museums, as with those of other museums around the world today, express the ambition to be inclusive and to ensure that programmes and collections are available to as wide and diverse a community as possible. To cite just a few:

Even in the cases of the few US museums that have not captured this aspiration in their mission statement, there remains a set of values to which their leaders subscribe. These include, along with the goal of social inclusion, a commitment to fact-based research and the rules of logic, and the application of facts and logic in good faith to the growth of human knowledge and understanding. Museums aspire to this both in the context of the primary research they undertake and in their broader educational roles. The core values to which they adhere also increasingly include an assertion of the importance of empathy in sustaining social harmony in plural civil societies; and the capacity of museum programmes and the interpretation of museum holdings to generate respect for difference—a fundamental attribute of humanity and of civilised society.

Museum professionals tend to underscore these values and beliefs as foundational, especially when they think that this may open up new streams of funding. Indeed, these arguments—museums as inclusive spaces, sources of learning and empathy machines—have become, increasingly, standard justifications for philanthropic and public support, alongside their contribution to economic impact and stimulating creativity.

This is an opportunity for some sort of ‘mission calisthenics’

So it is interesting to see how these values fare in a less convivial or expedient context—that is, Trump’s America. Less convivial because those values are at odds with both the president’s own thoughts and actions and those of his core electoral base.

Donald Trump appears—as we have got to know him through his actions, speeches and tweets—to be contemptuous of these broadly liberal democratic values, and his agenda and modus operandi appear to be directed towards the erosion of their role in informing speech and action. He is pathologically combative, venal, vindictive, dishonest, racist, sexist, bigoted and enthusiastically and manipulatively divisive.

The policies he has promoted exacerbate many of the most pressing problems of our age, from climate change to race relations to devastating inequalities, and the defences he offers for them are giddily unmoored from fact or logic. Those policies that do not have adverse or potentially corrosive impacts on economy, society or environment appear to be either inchoate or financially self-serving. And while the brunt of the impact of his presidency is felt by people in the US, the ripples are clearly global—for example, bringing the world so briskly to the brink of nuclear war.

So what does all this mean for the museum community, whose values and institutional rationales no longer resonate even faintly in the highest echelons of the Trump administration? Some have felt that the traumas that Trump is inflicting are so great as to render museums marginal and the work that they do of secondary importance. They are, in effect, opting for what was known in the USSR as “internal exile”—a withdrawal from the public sphere. This is both melodramatic and fatalistic. It is also misguided. Insofar as Trump’s agenda and actions are basically malign, the values of museums can and should offer some sort of overt retort.

This would include squaring up to the most fundamental responsibilities of museums: ensuring that they are relevant and meaningful to the communities in which they are located, on terms that do not compromise or pander; that they contribute to the growth and dissemination of human knowledge; that they respect the primacy of facts and logic; and that they celebrate and foster respect for the teeming variety of human culture and its fragile home on the third stone from the sun.