The arts sector must engage in constant dialogue with communities, says the city's commissioner of cultural affairs 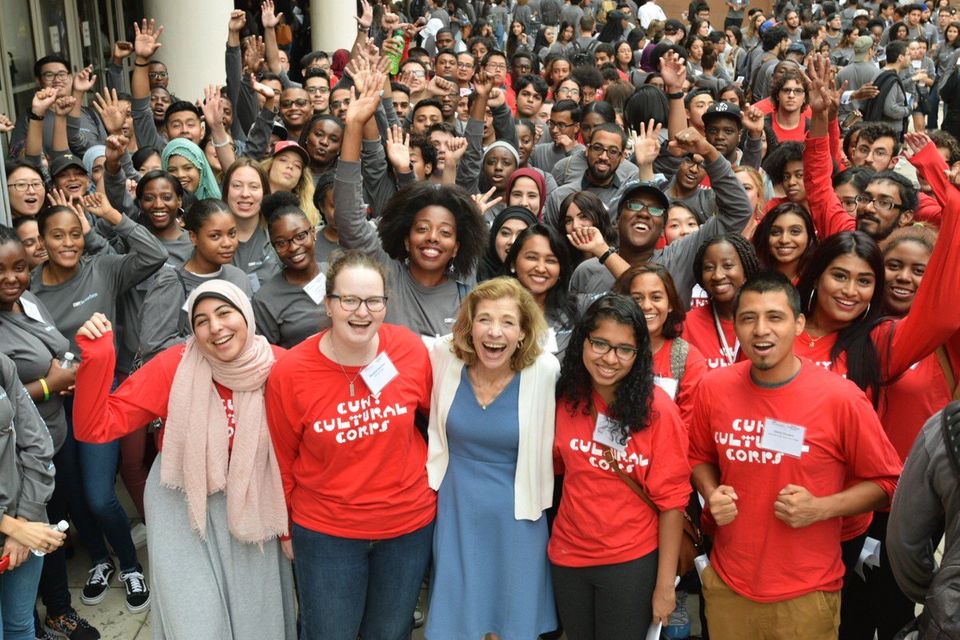 In New York City, we are entering a new phase of conversations about diversity, inclusion and equity in the cultural sector, and watching with excitement the changes that are under way. At MoMA PS1 in Queens, unpaid internships—common entry points into jobs at arts institutions—are gone. At the Bronx Museum, they are recruiting board members based on the value they might bring beyond financial resources. Meanwhile, the Brooklyn and Queens Museums are examining salary and pay equity among staff and freelancers.

Thanks to research done in New York and across the US, we know the general scope of the problems we face. A report released in 2016 by the NYC Department of Cultural Affairs found that 62% of the city’s cultural workforce identifies as white, compared with just 33% of the general population. In a new report, 15% of cultural workers surveyed identified as LGBTQ and 8% as disabled; these categories had the highest rates of respondents who “declined to state”—suggesting a potential fear of stigma or discrimination.

A deeper understanding of the problems allows us to better target efforts to address them. For example, organisations have pointed to a lack of pipelines into the culture industry for workers from diverse backgrounds. So in 2016, we joined with the City University of New York (CUNY) to create the CUNY Cultural Corps, which provides students with paid internships at institutions. CUNY students reflect New York’s vast diversity, and ensuring the positions are paid means they do not have to choose between working in the arts and a pay cheque.

More work followed. Leadership is less diverse than at mid and entry level, so we funded a new professional development programme for cultural workers. Disability, meanwhile, is often left out of these conversations, so in 2018 we created the Disability Forward Fund, among the first such initiatives in the US.

Our cultural sector must engage in constant dialogue with communities

With the release of the CreateNYC cultural plan in 2017, Mayor Bill de Blasio announced that city funding for cultural organisations would be tied to diversity, equity and inclusion (DEI). The city required 33 institutions on city-owned land (including the Metropolitan Museum of Art, MoMA PS1 and the Brooklyn Museum) to formally adopt DEI plans by spring 2019. The groups developed thoughtful, far-reaching plans that take aim at the issues facing our sector, spurring the efforts mentioned above.

Cultural institutions are where we seek connections to the past, observations on the present and visions for the future. As a city and society committed to fairness, we have an obligation to ensure that the transformative social, intellectual, emotional and economic benefits of art and culture are open to everyone.

While these issues have taken on new urgency, we are following pioneers who resolved to change similar dynamics. Some of our most treasured institutions, like the Studio Museum in Harlem and El Museo del Barrio, were established by people who believed fervently in the power of art and its imperative role in our communities. They saw that mainstream institutions had not made room for Black, Latinx or otherwise historically marginalised voices. So they made new spaces, and we are richer for it.

There will not be—and should not be—a definitive “end” to this process. Our cultural sector must engage in constant dialogue with the communities it serves. Today, we are developing new plans that we hope will open our institutions’ doors wider than ever. It matters who leads and who makes decisions at these organisations: diversity, equity and inclusion at all levels will make our cultural community more dynamic, open and intellectually complex.

Tomorrow, we’ll see what has and hasn’t worked—and we’ll take the next step.

What’s the ideal post-pandemic art market? One that's no longer a Disneyland for the rich

What’s the ideal post-pandemic art market? One that's no longer a Disneyland for the rich

Eight ways museums could make the most of the coronavirus crisis

Eight ways museums could make the most of the coronavirus crisis