What will it take to restore Rio's National Museum to its former glory? 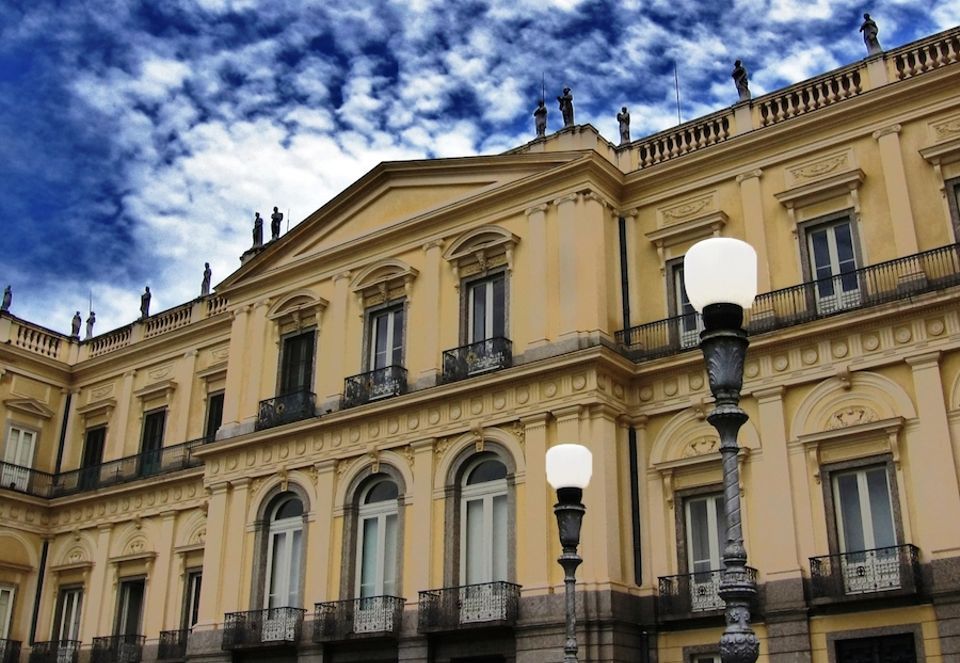 The raging fire that destroyed Brazil’s National Museum, located in Rio de Janeiro and the country’s oldest cultural institution, shocked citizens and foreign observers alike. The absence of minimal fire safety and security measures and the lack of disaster preparedness reflect a blatant disregard for the Brazilian nation’s crucial cultural and scholarly resources. In addition to destroying most of the museum’s valuable collections, the incident reveals how decreased government spending in recent years had left the building and its treasures vulnerable to such a tragedy. It has also sparked a heated debate about the short and long-term effects of budget cuts directed at cultural programmes. An on-going economic crisis further diminishes hopes that the fire will encourage a change in cultural policies in the immediate future.

With over 20 million catalogued items in the areas of geology, paleontology, botany and zoology, biological anthropology, archeology, and ethnography, the National Museum has been considered the seventh most important institution of its kind in the world. Among the many items lost in the fire were a 700-piece collection of ancient Egyptian objects, the largest in Latin America; the skeleton of Luzia, a 11-thousand-year-old Brazilian fossil of one of the first women to arrive on the South American continent; dinosaur skeletons found in Brazil; and a vast assortment of indigenous featherworks, baskets, and ceramics. In the second half of the 19th century, Emperor Pedro II, an amateur scientist with broad interests in natural history and archeology, encouraged the collection of artefacts discovered in Brazil. The building hosted one of the two anthropological programmes of the Federal University of Rio de Janeiro, among the leading centers in the nation. Even as the structure has deteriorated over time due to lack of funding and many of the displays reflected out-of-date sensibilities about modern museology, the collection remained a location of national pride.

National and international campaigns to restore the library of the anthropology department are already underway, but the destruction of the building and its contents have demoralised many about whether or not there is sufficient government support and public backing to ensure the rebuilding of the museum and its collection. Donations by private benefactors are rare in Brazil, so cultural institutions must rely on the state. Other cultural institutions are similarly underfunded with outdated systems and procedures to protect them against fire hazards or other natural or human-generated disasters. As one cynical observer noted, the budget for washing the official cars of congressional representatives is currently three-times the amount that had been allotted for the maintenance of the National Museum.

Is there, then, any hope that the National Museum might return to its former glory? While some of its holdings had been kept in off-site storage and might become the new featured core of the collection, it will require concerted national and international pressure on the soon-to-be elected president and congress to dedicate the necessary resources to restore the building and its contents to any semblance of its past prominence. This will be no easy task and will require a broad coalition of forces united with international entities that can highlight the importance of a country’s national heritage for its own future.

James N. Green is Professor of Brazilian History and Culture at Brown University and the Executive Director of the Brazilian Studies Association (BRASA).