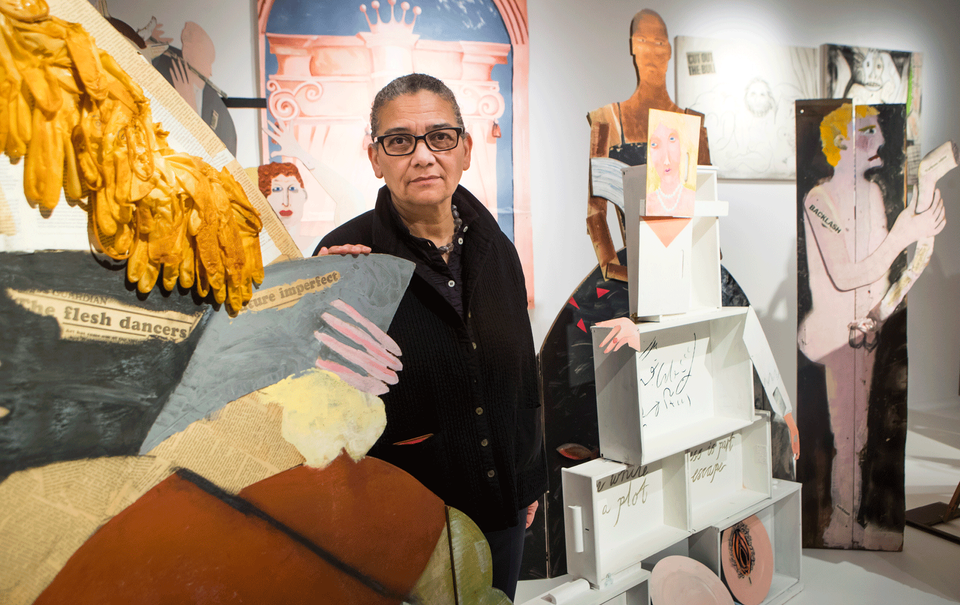 Lubaina Himid’s Turner Prize win is richly deserved. Her paintings and painterly sculptural tableaux, teeming with powerful political and social messages and no shortage of absurdity and wry humour, have been a consistent, if too little acknowledged, presence on the British art scene for decades. But her win raises all sorts of questions about the Turner Prize’s past, present and future.

The centrepiece of Himid’s presentation in Hull (until 7 January) is her work A Fashionable Marriage (1986), a play on Hogarth’s series Marriage A-la-Mode (around 1743), recast amid the turbulent politics of the 1980s, complete with a satirised Margaret Thatcher figure. Earlier this year, Himid told The Art Newspaper that with this work, she was “laying down the gauntlet in every way I possibly could—I was full of hope and looking for a fight”. The piece is a “very particular way of talking about the history of why black people are here and also about the circumstances in which we found ourselves in the 1980s”, Himid told us. “There were black political activities going on in the streets, and in the art world we were trying to decide whether calling ourselves black artists was sensible because it drew attention, or alienating because it flagged up the work as political rather than considering it as art.”

The variety of rich, unsettling and often anger-stirring work made in Britain at that time was revealed in one of this year’s best exhibitions—The Place is Here, which featured Himid and a number of her black and Asian peers and was shown in Nottingham, Middlesbrough and London. And yet that dynamic scene was ignored in the Turner Prize’s early years; all the artists shortlisted in 1984, the prize’s inaugural year, ultimately went on to win the prize. Indeed, it took until 1995 for Himid’s work to enter the Tate’s collection.

But while Himid’s Fashionable Marriage would have livened up the stale displays of the Turner Prize in the 1980s, I am not sure it is right that it dominates her display in the Turner Prize 31 years later. Why were her more recent works not the centrepiece of the display? The prize was set up to promote new developments in contemporary art. It is given for an “outstanding exhibition or other presentation” of an artist’s work over the course of the year before the jury decides on the shortlist. And between 1991 and this year it was awarded to an artist under 50. I wrote in April that I was concerned about the effects of the rule change on emerging artists and new work, which the Turner Prize has long been justly celebrated for bringing to a broad public. I fear that it will be impossible for juries to give the award to younger artists ahead of long deserving ones, regardless of who has made the better recent work. The difficulty of this situation was best expressed by one Nicholas Serota back in 1991 when the age limit was first brought in. “The decision to exclude artists aged over 50,” he wrote, “is a recognition merely of the fact that comparisons are invidious between the achievements of artists of such differing ages as 30 and 70.”

Alex Farquharson, the director of Tate Britain told the Guardian newspaper after yesterday’s announcement that Himid’s works for the show “offered a great summation of her practice over the past few decades and also revealed how vital her work is at the present moment”. All of which is a rather loose interpretation of “new developments” in art.

A test of whether the Turner Prize is sticking to its neophile credentials or resorting to producing mini-retrospectives of long established artists should come next year. John Akomfrah’s Purple at the Barbican is one of the outstanding works of 2017 and should prompt his presence on the 2018 Turner list. Akomfrah, like Himid, featured in The Place is Here and missed out on the Turner Prize during the under-50 years. If he is shortlisted, I hope it is Purple that is shown rather than his 1980s masterpiece Handsworth Songs.