The only way to change the exploitative culture and entrenched racism of art institutions is collectively, from the bottom up 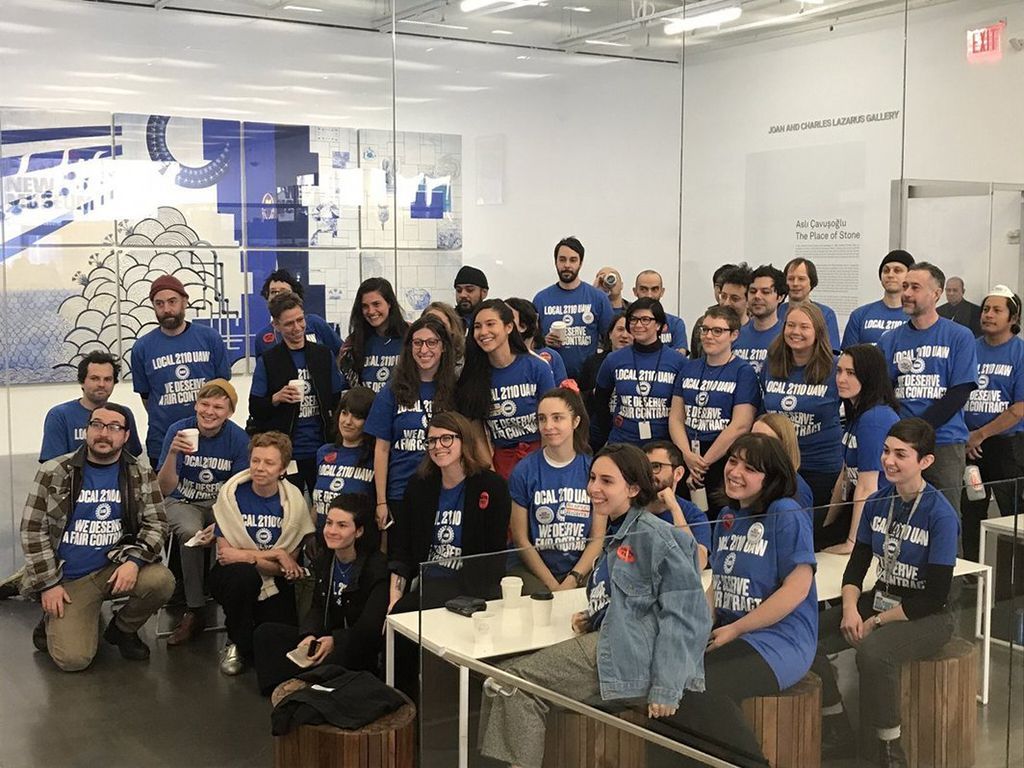 Is there a looming unemployment crisis in the arts? My own personal art-world unemployment crisis has already happened: in April, I was furloughed from my position as the senior editor and publications co-ordinator at the New Museum in New York, and in June I was permanently laid off. I am in good company, at least. At the New Museum, 25 employees have been laid off since the onset of the coronavirus pandemic, including 16 members of the New Museum Union, which I helped form at the beginning of 2019. And across the US, tens of thousands of museum workers have lost their jobs. Many of them were low paid and are now without income and health insurance. Meanwhile, museum directors congratulate themselves on their symbolic pay cuts while continuing to earn hundreds of thousands of dollars a year.

The crisis we are experiencing in the art world is not new, no matter how many times museum marketing departments describe our situation as “unprecedented”. The global pandemic and the black-led uprisings following the murder of George Floyd by police have only intensified contradictions that have long made the art world profitable for some, and unbearable for many others. Museum workers get to do what they love, and yet they are for the large part underpaid and exhausted. Art museums want to capitalise on the progressive visions of the artists they show, and yet they hire union-busting firms and appeal to the National Labor Relations Board, which, like so many agencies under President Donald Trump, has been taken over by right-wing leadership that is working to weaken worker protections. Museum management wants to make museums more “diverse” and “inclusive”—as the activist and author Angela Davis says, “diversity is a corporate strategy”—but refuses to pay living wages and give up any of the decision-making power needed to do so.

I saw someone at a protest the other day wearing a T-shirt that read: “Collective action gets the goods.” It is true. Workers at museums across the country—from the New Museum, the Tenement Museum, and the Guggenheim in New York, to the Los Angeles Museum of Art and the Frye Art Museum in Seattle—have formed unions in the past two years for this exact reason. Conditions have long been untenable for many arts and museum workers, particularly working-class people of colour, and there is an increasingly widespread understanding that workers cannot trust anyone but ourselves to look out for our interests. Despite the culture of careerist individualism endemic to much of the art world, art workers recognise that the only way to change the exploitative culture and entrenched racism of art institutions is collectively, from the bottom up.

At the New Museum, our union contract could not prevent job cuts but it did give us the right to bargain with management over the effects of layoffs and furloughs, and it provided guaranteed severance to members who were laid off. Marx wrote that unions “work well as centres of resistance against the encroachments of capital”. As art museums are increasingly run like corporations, with an emphasis on growth at all costs and a disregard for workers’ well-being, museum unions offer a critical mechanism for defending the rights of those who make, install, curate, interpret, and provide access to art.

Museum unions, especially those that cover employees across departments, raise wages and improve working conditions across the industry. But it is not enough for unions to merely combat “the effects of the existing system”, as Marx said, “instead of simultaneously trying to change it, instead of using their organised forces as a lever for the final emancipation of the working class, that is to say, the ultimate abolition of the wages system”. Our interventions thus have to extend beyond the walls of the museum, and so art unions should agitate outside the bounds of worker contracts—to cap executive salaries, to undermine art world values and practices shaped by racism, to remove harmful institution board members, and ultimately dismantle the board structure in favour of a collective stewardship of art institutions.