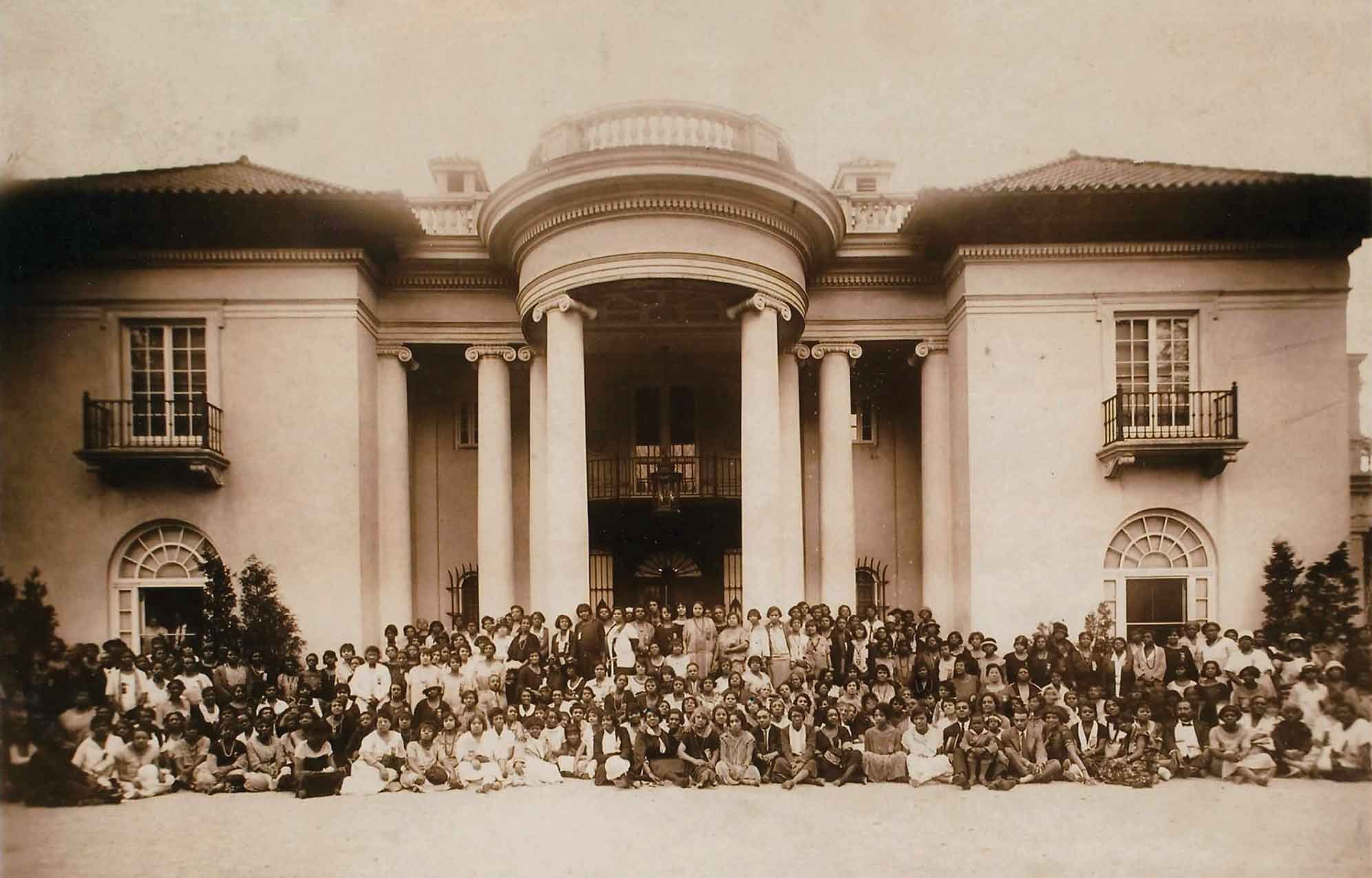 Villa Lewaro in Irvington, New York, in 1924, was the home of the self-made millionaire Madam C.J. Walker, one of the most successful African American entrepreneurs of all time Courtesy of A’Lelia Bundles/Madam Walker Family Archives

Pablo Picasso once said: “Art is the lie that enables us to realise the truth.”

In August 2017, white men wearing khaki pants and polo shirts marched in the dark of night in Charlottesville, Virginia, chanting hateful, racist language in protest at the city’s decision to remove its statue of the Confederate general Robert E. Lee. Holding torches as they circled a sculpture of Thomas Jefferson, they shouted: “You will not replace us! The South will rise again!” Their rally backfired, and the Confederate flag and statues were removed in many communities. Unfortunately, national conversations on the subject stalled.

That is why, in November 2017, the National Trust for Historic Preservation launched its African American Cultural Heritage Action Fund, a $25m campaign to reconstruct a true national identity that reflects America’s diversity. I am proud to lead this effort for the trust, which preserves cultural landscapes and historic buildings that show the richness of African American life, history and architecture. Through preservation practice, we aim to expose the world and our nation to the culture, ideals, politics, art and the hope of America. We tell overlooked stories embodied in these places: ones of African American resilience, activism and achievement that are fundamental to the nation itself.

With urgency and intention, the public should invest in and restore more assets that hold exceptional cultural value. The impressive architecture of Villa Lewaro in Irvington, New York, rooted in the entrepreneurial spirit of the self-made businesswoman Madam C.J. Walker, and the stately Italianate brownstone in New York that exudes the literary mastery of the poet Langston Hughes, deserve the same stewardship and admiration as Jefferson’s Monticello or George Vanderbilt’s Biltmore Estate.

The simple, unadorned childhood homes of the civil rights lawyer Pauli Murray and the chanteuse Nina Simone in North Carolina, imbued with their legacies of political activism and indelible artistry, should be interpreted for the public to enjoy like Lincoln’s birthplace and Theodore Roosevelt’s Elkhorn Ranch. These places help the nation learn more about its role models, who exemplify higher education, self-confidence and leadership. Preserving this tapestry of our shared culture, pride and heritage is an act of racial justice and should be viewed as a civil right. 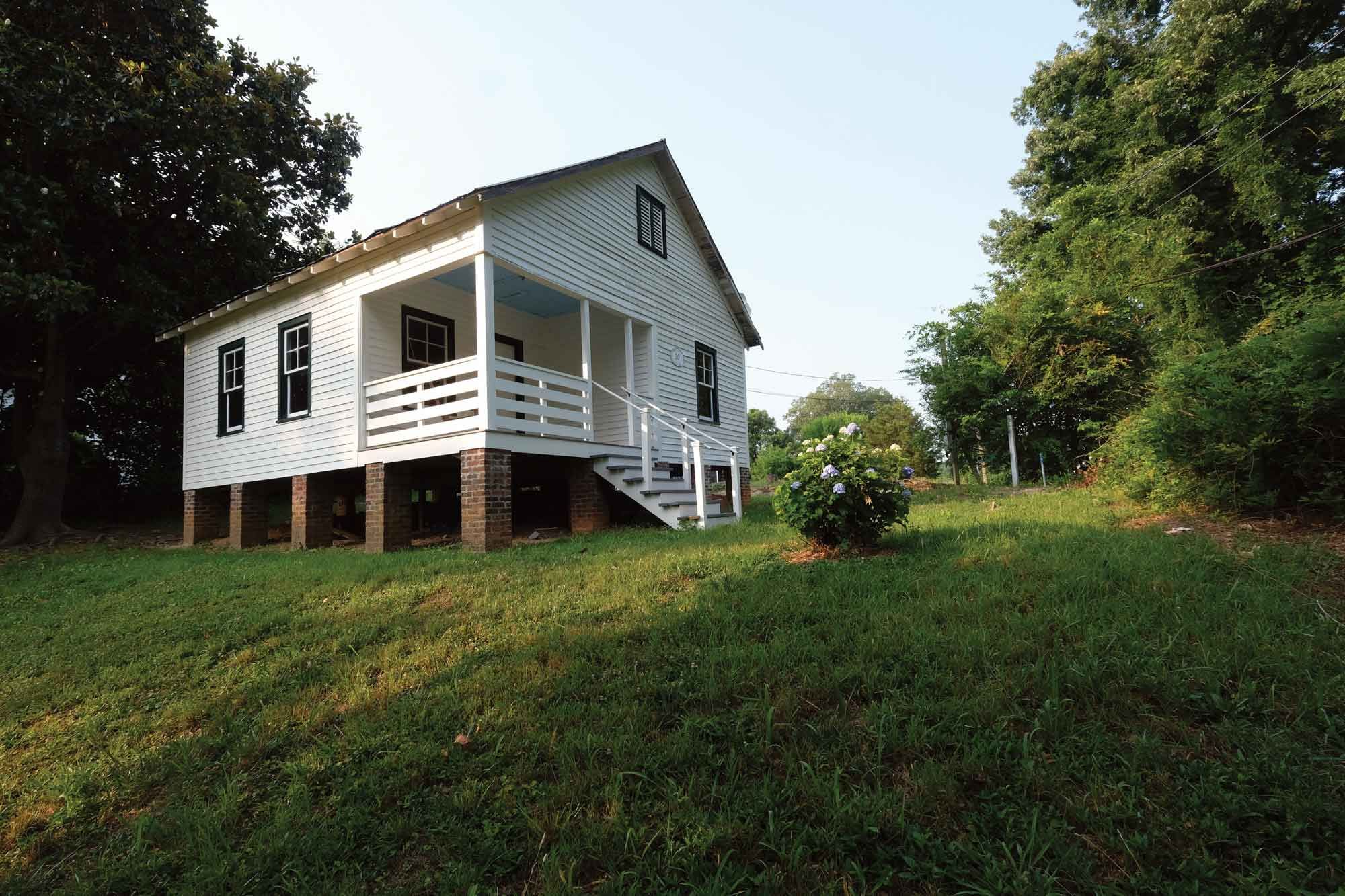 Today, the Confederate statues debate rages once again. As we come to a reckoning with America’s Confederate past and see long-simmering racial and ethnic tensions return to a boil, this intensity pervades every aspect of our politics, culture, society and public spaces. Others are debating whether to rename public buildings and streets and remove public statues and Civil War flags.

White supremacy, like the lost cause its monuments represent, is a false narrative, a construct. Its permanent markers of pride and prejudice in public spaces are a false truth in physical form, as art has contributed to more than a century of historical inaccuracies about American history. The people of this nation, through their dissent and collective affirmation of these concerns, have grown impatient with policy that gives cover to ideas that oppose our democracy’s goals.

Much of the debate about Confederate statues is about whether to take them down and even destroy them. Removal does not mean these statues cannot serve a viable purpose elsewhere to tell the story of the Confederacy and how the cultural remnants of slavery stubbornly persist in our society almost two centuries after the Emancipation Proclamation. They can serve a powerful purpose in other spaces where context and thoughtful information describe their relationship to American history and their link to present-day issues.

We can also expand the conversation to answer bold questions. How should America preserve Confederate monuments so that we never forget their meaning and harm? What’s the role of the African American community, civic leaders, preservationists, artists and funders to envision landscapes of understanding and reconciliation? The purpose of preservation practice is not to stop change, but to offer tools that help a society manage change in ways that do not disconnect it from the legacy of its past. Done right, historic places can foster real healing, true equity and a validation of all Americans and their real history.

Let artists and designers like Kehinde Wiley, Kara Walker, Adam Pendleton and Walter Hood create new works of art where Confederate sculptures once stood tall, to evoke an empowering positive history. Let us mark space and culture with forms that represent the best in the human experience to remind us all of the full contributions of Black America.

Let the connection between public spaces and Confederate statues disappear, with ruins that will never be maintained again. These sites of conscience will remind nations never to forget the power of propaganda and racial politics cloaked with heritage and carried out with violence. Like an hourglass, where each falling grain of sand is pulled to the bottom by larger forces, let this community of false heroes enjoy their own decay. Because the truth is that in the reality of this moment, Confederate monuments and their pride and prejudice are a vanishing history.