Venice is in peril: Unesco should come to the aid of Venice as it did after the great flood of 1966

Its official international role, to which Italy signed up, enables it to mobilise world expertise and funds 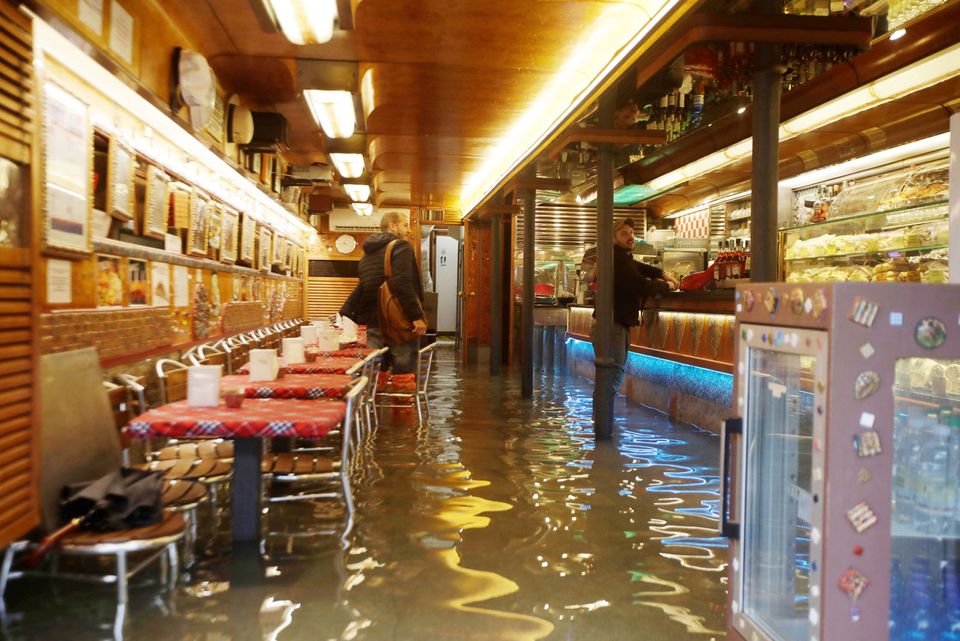 Venice has been hit by the second highest flooding event in the history of the city, just a few centimetres lower than in 1966 © 2019 Shutterstock

It has taken the disastrous flood that hit Venice on the night of 12-13 November to remind us all that the city is as great a mortal danger as in 1966, the year that has gone down in history as its great flood.

Over half a century on, the considerable efforts made to limit the effect of high tides and to restore the natural environment do not seem to have worked. What can be done now to save one of the most beautiful creations of mankind?

It is clear that a new impetus has to be given to the way in which Venice’s systems are governed, and Unesco is the only institution with the international authority and power—if it chooses to use them—to impose more speed and a new course of action.

This July, its World Heritage Committee chose not to discuss the situation of Venice and not to put it on its list of World Heritage Sites in danger. Despite this decision, Unesco should now address the greatest danger facing the city—the water that gave birth to it over a thousand years ago and that now threatens to kill it.

This week’s tidal flood was 187cm above mean sea level, enough to put St Mark’s Square under a metre of water and flood 80% of the city. It was the second highest flooding event in the history of the Serenissima, just a few centimetres lower than in 1966—194cm—when the world first became aware of the city’s fragile condition.

That was a real turning point in the approach to Venice. A strong international movement led by Unesco released a flood of public and private money to restore monuments and the urban fabric, maintain and renew the infrastructure, improve the ecological and hydrological conditions of the lagoon environment, and plan and build the tidal defence barriers, an essential part of the city’s protective system. In 1973 a Special Law was passed in the Italian parliament that mobilised €8bn for all these works, and much has indeed been done in the last half century to restore the city’s invaluable cultural heritage.

In spite of this, however, Venice remains mired in apparently insoluble problems: the lagoon environment is in an ever more precarious state; it loses sediment with every low tide to the sea; it is polluted and subjected to the passage of colossal cruise liners, while the water level is rising inexorably.

Above all, Venice has not yet been protected against the high tides that regularly invade the town. Mose, the mobile defence barriers, whose design has engaged a generation of engineers and planners, and whose construction was launched with great fanfare 16 years ago, is still not operational, and nobody can tell when, and if, it ever will be.

Despite the difficulties Mose has faced throughout its long history, it is the only hope we have at present of holding back the force of the tidal waves. There has been opposition from the outset in the 1990s, when its size, cost and high environmental impact aroused resistance from both the Left and the Greens, and it took until 2003 for the Italian government finally to launch its construction. Since then, there are have been delays, cost overruns, and a major corruption scandal in 2013 that led to the dismantling of the group of businesses that had been building it.

During the past five years, the project has lost momentum and clarity in its management process. Decision-making is slow and funding by government inadequate. There is not even a blueprint for who is to maintain and operate the system after completion. In short, there is no planning or management at the level required for such a complex engineering undertaking and every year the completion date gets postponed.

The situation is at stalemate. Only Unesco would be able to help, by mobilising international engineering expertise, supporting the government’s policy-making and monitoring the implementation of the project. Venice desperately needs a strong external stimulus.

Half a century ago, under the leadership of the French philosopher René Maheu, Unesco rose to the challenge and promoted the international action necessary for the safeguarding of Venice and its lagoon. The time has come for Unesco to stand up again to help ensure the protection of Venice for generations to come. This is not merely a national matter; the whole world has the right to know how and when Venice will be saved.

• Francesco Bandarin is an architect and former senior official at Unesco, director of its World Heritage Centre (2000-2010) and assistant director-general for culture (2010-18).

about 4 hours ago
'Restitution is important but it is not essential': the African museums building a homegrown cultural revival