Comment | Cupid ‘outing’ in Vermeer painting is the right move 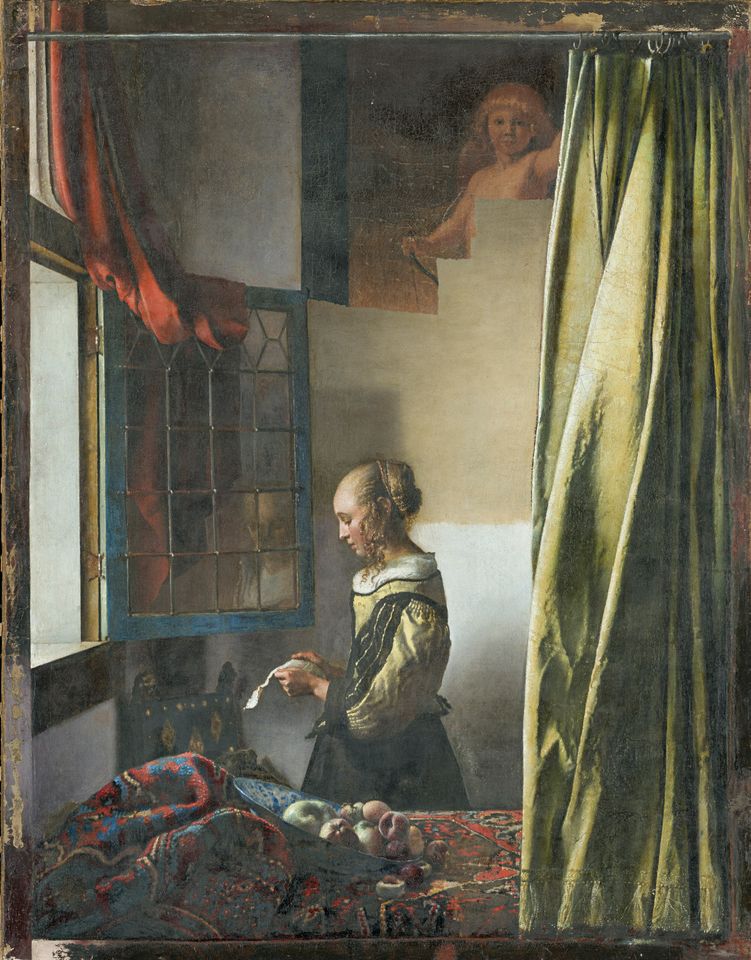 The discovery of a hidden Cupid in a Dresden Vermeer is a vivid reminder of quite how important “pictures within pictures” are for appreciating the Delft master’s enigmatic genre scenes. Of Johannes Vermeer’s 36 surviving paintings, 24 include pictures, maps or tapestries in the background. For viewers of his time, they offered tantalising clues about the meaning of his work.

It is astonishing what a difference the removal of the overpaint makes to Vermeer’s composition. Until recently, the viewer’s eyes were immediately drawn to the woman’s head, in the centre of the composition. Now, Cupid’s face is almost as dominating, and our eyes dart back and forth between the woman and the god of love.

Some scholars suggest that Vermeer’s Cupid was inspired by a printed emblem book by Otto van Veen, whose image is accompanied by the saying that “a lover ought to love only one”. This may be Cupid’s advice to the woman in the Dresden painting, but one suspects that Vermeer was making a more general point: the letter being read is from a lover. Her enigmatic expression gives little away as to its contents; that remains private.

Vermeer certainly believed that the Cupid figure was highly significant, since it appears in the background of Girl Interrupted at her Music (1658-59) at New York’s Frick Collection and A Young Woman standing at a Virginal (1670-72) at London’s National Gallery. In the Frick work, the Cupid was later replaced with a violin hanging on the wall, but this overpaint was removed in 1907 (although Cupid is now barely discernible).

Intriguingly, one of Cupid’s feet also appears in the Metropolitan Museum of Art’s A Maid Asleep (1656-57), hanging on the wall above the woman. (It, too, is now only just discernible.) Few viewers in Vermeer’s time would have been able to identify whose foot it was, so the artist may have included it for the subtle amusement of his friends or a patron.

Vermeer probably owned the actual Cupid picture that he represented, which is in the style of Cesar de Everdingen. A 1676 inventory, compiled just after Vermeer’s death, records “a painting of Cupid” in the room adjacent to his studio in Delft.

So when and why was Dresden’s Cupid eliminated? The earliest certain provenance is in 1742, when Vermeer’s painting was sold by the Paris-based Prince of Carignan to Frederick Augustus II of Saxony. It may also have figured in the 1712 Amsterdam auction of Pieter van der Lip’s collection. It was probably in the early 18th century that an owner prudishly decided to paint over the naked god.

Whatever our own personal aesthetic judgements on the presence of the Cupid, it is surely right to restore the painting to something closer to Vermeer’s original. The partially conserved Girl Reading a Letter at an Open Window is now on view at Dresden’s Gemäldegalerie until 16 June, when it will return to the conservation studio for the Cupid to be completely uncovered. The Vermeer will then go back on permanent display in mid-2020.