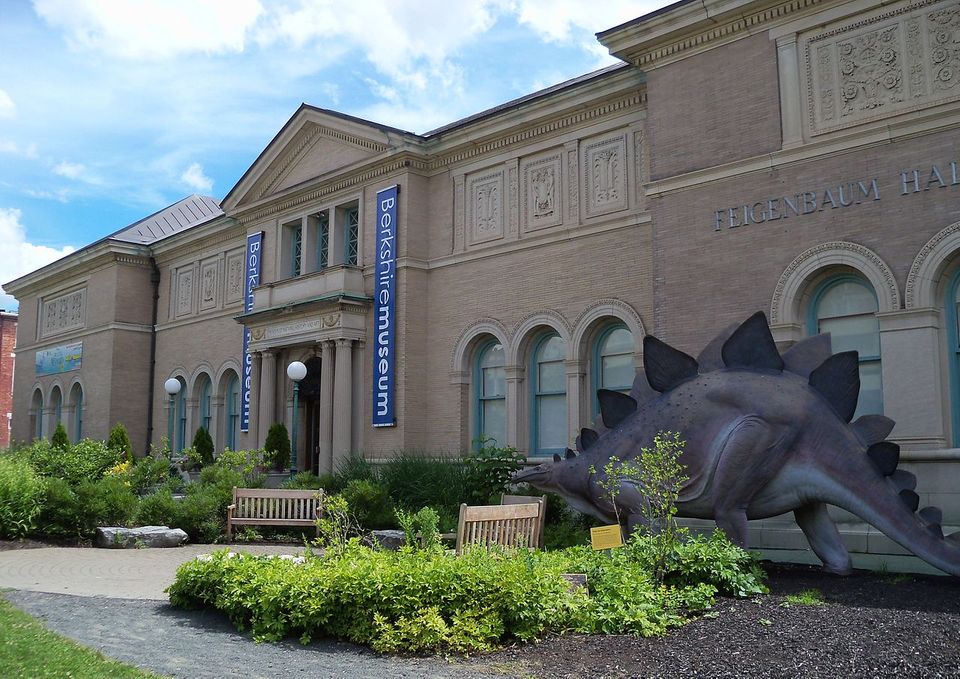 The Berkshire Museum in Pittsfield, Massachusetts. The Association of Art Museum Directors imposed sanctions on the institution in 2018 after it sold works of art to create an endowment and make capital improvements. AlexiusHoratius

When Dr. Anthony Fauci, director of the US National Institute of Allergy and Infectious Diseases, was interviewed about the drug remdesivir, he was not optimistic that it would be the most effective treatment for COVID-19 but was enthusiastic about its constituting a “proof of concept.” The test results proved that something affects the virus. And that is a very big deal.

The recent statement by the Association of Art Museum Directors (AAMD) that, for a period of two years, museums are allowed to use the income from the proceeds of deaccessioning for operating expenses and that it would withhold sanctions for using the proceeds for purposes other than new acquisitions is the equivalent in the museum community. It is less about the practical effect their decision will have, but rather that the professional principle that prohibited those actions is not the impenetrable rampart it seemed to be. It’s more like a Jenga tower. And the AAMD has just pulled out the first block.

When museums have been sanctioned in the past, AAMD members were asked to refrain from lending or borrowing works of art to the sanctioned museum and refrain from collaborating with it on exhibitions. The public condemnation and shaming by the AAMD and the American Alliance of Museums (AAM) prior to censure and sanctions is considerable and designed to stimulate opposition in the local and museum communities.

Given the history of very public condemnation heaped on offending museums by the AAMD and the AAM, it is inconceivable that any board of trustees could be unaware of the consequences of their decision. During the Berkshire Museum’s deliberations over a controversial deaccessioning plan in 2017, its board of trustees received two separate briefings from its consultants and its legal counsel on what response to expect from those organisations and the museum community in general.

The museums sanctioned by the AAMD articulated clearly that their choice was between closing and using proceeds of deaccessioning to stay alive. The risk of censure and sanctions does not matter in the face of an existential threat.

Not only do sanctions fail as a deterrent, they have little effect afterwards. Within months of the imposition of sanctions against the Berkshire Museum, an AAMD member museum ignored the sanction and requested a loan for an upcoming exhibition. The Berkshire Museum was also offered, without restriction, a collection of art valued at over $1 million from a private donor, and it raised more in cash donations in the year after the sanctions than in any year before. When asked if he would like the AAMD to remove the sanctions in light of the recent statement, the museum’s president, Ethan S. Klepetar, replied: “It doesn’t really matter. They make absolutely no difference to the Berkshire Museum.”

The AAMD must know that censure and sanctions are ineffectual threats. It undoubtedly foresaw that its principles would be ignored as museums try to find their way through the financial fallout of the pandemic. Its statement is a pre-emptive move to avoid irrelevancy. In the process, though, the AAMD has unequivocally acknowledged that normal principles are not applicable in all circumstances.

Should it matter what is causing the existential threat? According to the AAMD’s statement, the new resolutions “were proposed in recognition of the extensive negative effects of the current crisis on the operations and balance sheets of many art museums—and the uncertain timing for a museum’s operations, fundraising, and revenue streams to return to normal.”

But wait. A “current crisis on the operations and balance sheets.” Isn’t that exactly what was going on at Randolph College, the Delaware Art Museum and the Berkshire Museum when they embarked on their respective deaccessioning plans? Should it matter if the cause of the crisis is a pandemic or the loss of major employers in the region, a declining demographic and donor base, or a series of unfortunate decisions by staff or board?

The Boston Globe columnist Jeff Jacoby was less than subtle in observing:

“In other words, now that the wolf is at their door, [AAMD President Brent] Benjamin and his colleagues approve of deaccessioning as a survival strategy. When it was merely the Berkshire Museum that was threatened, they treated it as a cultural crime. The stink of hypocrisy is enough to make you gag.”

Going forward, it will be extremely hard for the AAMD–or anyone else–to pass judgment on a museum’s decision in the face of any existential threat.

The answer to that question is where this development explodes with possibility. As noted by the art lawyer Donn Zaretsky in ARTnews: “After this, no one should ever again be able to argue with a straight face that there is only one good use of deaccessioning proceeds. We now know with certainty that isn’t the case. The AAMD itself just told us so.”

A lively discussion on the use of deaccessioning proceeds has been underway for years before the pandemic. In a 2018 interview with the podcast In Other Words, Glenn D. Lowry, the director of the Museum of Modern Art (MoMA) in New York, proposed that the proceeds from deaccessioning could be used to fund an endowment restricted to purposes other than collections–public programmes, exhibitions and publications.

In an essay in the book For Love or Money: Confronting the State of Museum Salaries (2019), Michael O’Hare and Jodi Kovach posit that if MoMA or the Art Institute of Chicago sold the bottom 1% of their collections and put the proceeds in an endowment, they could increase their instructional and academic staff budget by 20%. Imagine if museums applied some of the proceeds to rehiring staff they laid off as a result of the pandemic instead.

Just months ago, the field was talking about systemic under-compensation and salary inequity. The Art + Museum Transparency group became (and remains) the central force in sharing information and developing strategies. Salary transparency in job postings and union organising were hot topics. The AAMD made a powerful statement in support of paid internships. And then came the pandemic, bringing a contagion of heartbreak and fear among museum professionals who have lost their jobs and wonder what the new world of their beloved profession will hold for them.

As reported by The Art Newspaper, when asked where he thought museums might best redirect funds, Benjamin said: “We would certainly hope that among the things that it might support is continued employment of staff.” The AAMD has thoughtfully seized this dreadful opportunity to rank the survival of the museum and the employment of staff as higher priorities than using money received from the sale of deaccessioned objects to purchase more objects.

The AAM’s Direct Care of Collections policy allows for an expansive interpretation by individual boards of trustees as to what constitutes direct care, and that will help a lot. But if it was unethical to use investment income from deaccessioning proceeds for operating expenses a month ago, why is it ethical now? Or are museums that do so now behaving unethically? Ethics inform behaviour not just when it’s easy or convenient, but when it’s hard. And if it’s ethical to use income from the proceeds of deaccessioning for operating expenses, why not the proceeds themselves? What’s the ethical difference?

This development presents an opportunity for museum professionals to put down their cups of Kool-Aid, examine the circumstances and values that gave rise to these principles, and test long-held assumptions about the priorities implicit in them. Whether done out of love for the museum or out of self-interest, museum professionals can be powerful influencers and allies of boards of trustees who are legally and philosophically obligated to support their museum and its mission as their highest priority–even if it means using the proceeds from deaccessioning to do so. They can be more open-minded about what can be removed from the collection without affecting a museum’s mission and be advocates for converting those objects into resources to keep the museum open and to support and advance the mission by treating museum employees and programmes as assets worthy of investment–pandemic or not.

Thanks to the AAMD, these crucial discussions can now take place in the sunshine instead of the shadows. The opportunity should not be squandered. But, more importantly, they have exposed the vulnerability of what was once thought to be an impenetrable rampart. It may not be the next block or the one after, but the Jenga tower is coming down.

• Mark S. Gold is a partner in the law firm of Smith, Green & Gold in Pittsfield, Massachusetts and was counsel to the Berkshire Museum in its recent deaccessioning and sale. Stefanie S. Jandl, a former curator, writes on academic art museums and deaccessioning.