Getting to know the real Tintoretto

“I never was so utterly crushed to the earth before any human intellect as I was today before Tintoret.” Thus wrote the 19th-century English critic John Ruskin after visiting the Scuola Grande di San Rocco in Venice, the 16th-century seat of a confraternity that is almost entirely decorated with paintings by the great Venetian artist Jacopo Robusti, known as Tintoretto. Celebrated in his lifetime as one of the greatest painters of his day, his bold, innovative compositions, dramatic chiaroscuro effects, strident colours, muscular figures and deft, almost impressionistic, brushwork established Tintoretto’s reputation as “the world’s most daring painter” in the words of one early biographer. The acclaim lasted for centuries. Ruskin’s near contemporary, the US novelist Henry James, shared the English critic’s views. “No painter ever had such breadth and such depth…Titian was assuredly a mighty poet, but Tintoret–well, Tintoret was almost a prophet,” he wrote.

But for much of the 20th century Tintoretto’s reputation has been obscured. The prodigious output of his workshop, where he employed numerous assistants including his three children Domenico, Marco and Marietta, has led to great confusion. “Many of the paintings supposedly by Tintoretto that people find unappealing are in fact not by him,” says Frederick Ilchman, a paintings curator and chair of the Art of Europe department at the Museum of Fine Arts, Boston. “This has made many curators distrustful” of his work. In addition, “many of Tintoretto’s best works are enormous and very fragile, and until the Prado [in Madrid] organised its show in 2007 there was the assumption that you couldn’t do an exhibition” on the artist, Ilchman adds.

These skewed perspectives will likely begin to change this year, the 500th anniversary of the artist’s birth. To mark the occasion, Ilchman and the Tintoretto scholar Robert Echols have organised a sprawling exhibition in collaboration with the Civic Museums of Venice, which will open in two venues in the Italian city in September before moving to the National Gallery of Art (NGA) in Washington, DC early next year. In Venice, the show will be split in two parts: the Galleria dell’Accademia will host a section concentrating on the first ten years of the artist’s working life and the Doge’s Palace will tell the story of Tintoretto’s later career. These exhibitions will merge for the show’s US iteration, which will be the first retrospective on the artist in North America and will include around 50 paintings and many drawings on loan from Venetian institutions and churches as well as international museums and collections. (Two concurrent shows in Washington, DC will focus on drawings and prints in 16th-century Venice, with the former appearing first at the Morgan Library and Museum, New York.) 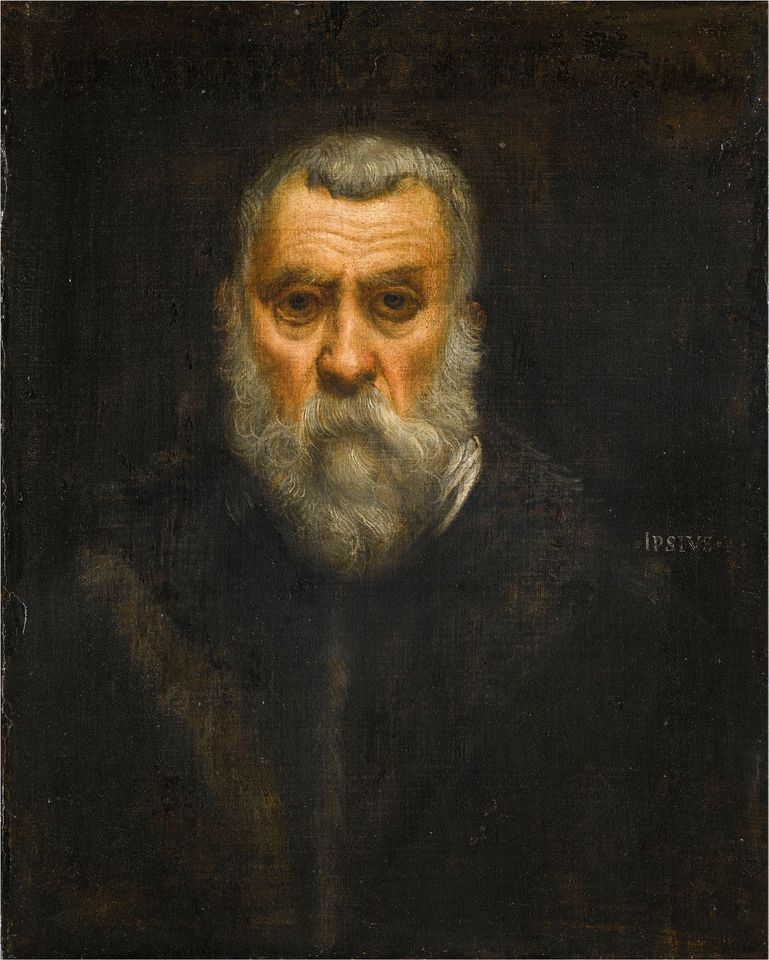 The exhibition will present the research that Ilchman and Echols have spent several decades working on. “I wrote my dissertation on the young Tintoretto, focusing on questions of attribution, and I have continued to work on this for almost 30 years,” Echols explains. Following the Prado exhibition, which drew largely on Ilchman’s and Echols’s studies, the duo have produced a checklist of autograph works by the Venetian master, which is continuously updated with technical evidence and the findings of other scholars.

Highlights of the NGA exhibition will include the Madonna of the Treasurers (around 1567), commissioned by three officials who are depicted in sumptuous fur-lined crimson robes, bowing and kneeling before the Virgin Mary. The painting, which is more than 5m long, will be the largest work included in the US show and will be on loan from the Accademia in Venice. “The registrar of the National Gallery of Art did some very careful measuring to make sure it could be safely transported to Washington, DC. It’s just within the limits of what’s possible,” Echols says.

Meanwhile, the Doge’s Palace in Venice will send to the US The Forge of Vulcan and The Marriage of Ariadne and Bacchus (both 1577), executed by Tintoretto for the seat of the Venetian government. These two works, along with 11 other paintings, are being restored by the US conservation charity Save Venice in preparation for the forthcoming exhibitions. To mark the artist’s anniversary year, the organisation is also publishing a leaflet detailing all the Venetian churches that contain works by Tintoretto.

While Tintoretto is best known for his gigantic religious and mythological works, Ilchman and Echols’s exhibition will also reveal his skill as a portrait painter. “Every English country house collection, every auction catalogue includes mediocre portraits masquerading as works by Tintoretto. We’re making the claim that at his best he deserves to be recognised alongside other great portrait painters like Raphael and Bronzino,” Ilchman says.

Another section will focus on the artist’s creative process, “how he would copy Michelangelo sculptures, make dioramas to study composition, take mannequins and suspend them from the ceiling to plan his compositions”, Ilchman says. “Tintoretto paints so freely and with such confidence, one might assume that he did no drawings or planning. That is not the case.” But the illusion persisted. When Ruskin visited the Scuola Grande di San Rocco, his verdict was: “I don’t believe it took him ten minutes to invent and paint a whole length. Away he goes, heaping host on host, multitudes that no man can number—never pausing, never repeating himself—clouds and whirlwinds and fire and infinity of earth and sea.” 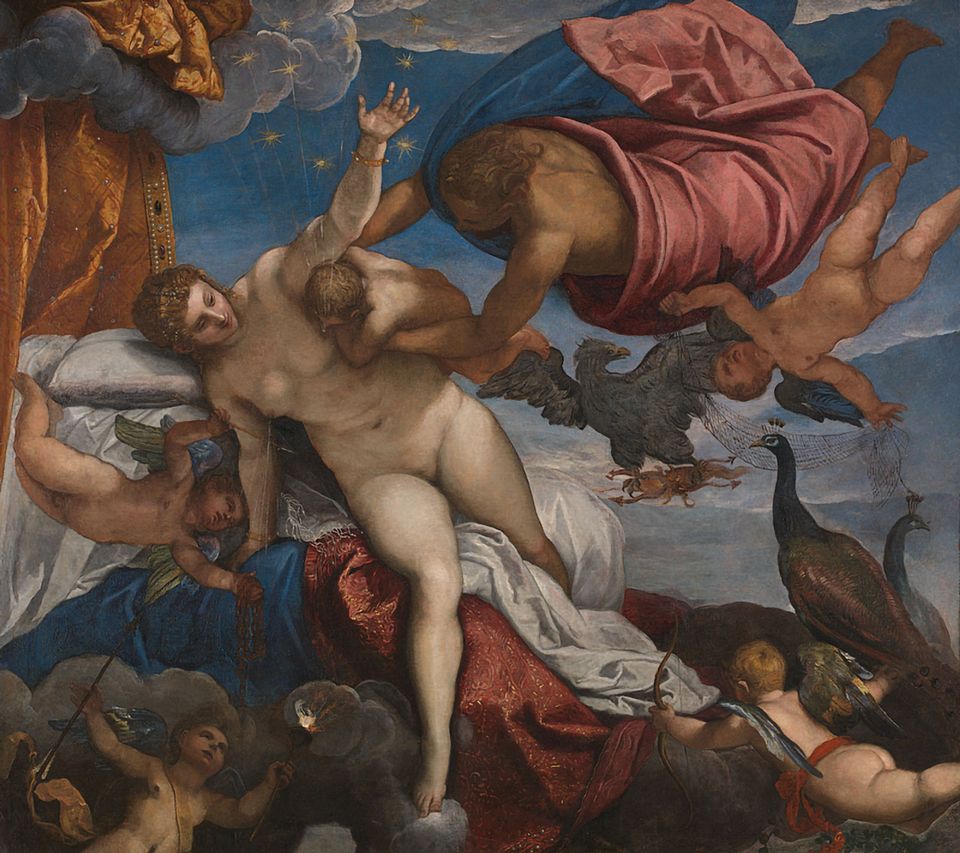 Tintoretto: The Origin of the Milky Way (about 1575) The National Gallery, London (Creative Commons)

Tintoretto: the Artist of Venice at 500

Tintoretto: the Artist of Venice at 500

Venetian Prints in the Time of Tintoretto