The Museum of Fine Arts (MFA) in Boston is set to become a major resource in the study of Dutch and Flemish art with the launch of its Center for Netherlandish Art (CNA) later this year. Its opening coincides with the US museum’s year-long celebrations marking its 150th anniversary.

Although it joins the ranks of other US art museums with specialist research centres, such as New York’s Drawing Institute at the Morgan Library and Museum, and the Museum of Modern Art’s Cisneros Institute for the study of Latin American art, the CNA is the first to focus on this subject. “This sets us apart from others,” says the CNA’s director Christopher Atkins, who joined the MFA from the Philadelphia Museum of Art last year. “We’re in an art museum, not a university, so it really is the first of its kind in the US.”

The institute’s aim, Atkins says, is “to propel the study of Dutch and Flemish art. We often have these interesting discussions among ourselves and this is an opportunity to share scholarship with a wider audience. The centre is all about outreach.” Funding comes from the local collectors Susan and Matthew Weatherbie and Rose-Marie and Eijk van Otterloo, who in 2017 donated more than 100 17th-century Dutch paintings to the MFA by nearly 80 artists, including Peter Paul Rubens, Rembrandt van Rijn and Anthony van Dyck. The Dutch government also gave money towards the centre’s endowment.

Featuring the 20,000-strong library of the late art historian Egbert Haverkamp-Begemann, donated to the museum by the Van Otterloos, the centre—housed in former office space—will have direct access via a lift to the MFA’s renovated suite of Dutch and Flemish galleries, which are due to open this autumn. Within the galleries is a room for rotating displays in which the CNA will have space to show off the fruits of its research. The opening date for the centre itself has not been set. “The opening of the galleries is the public launch, with the study centre and library due to follow later,” Atkins says, adding that the museum has already held lectures and an object-based study session of Dutch works from its collection as part of the initiative, with another study session planned for this spring. So far, academics participating in these sessions have been from the US, but Atkins hopes to open it up to international scholars.

Atkins says the strength of the MFA’s collection of Dutch and Flemish art, combined with regional expertise and engagement in the field, makes the museum well placed to take on such a project. “We want to nurture the next generation of curators, academics and researchers,” he says. “We’re looking for cohorts.” 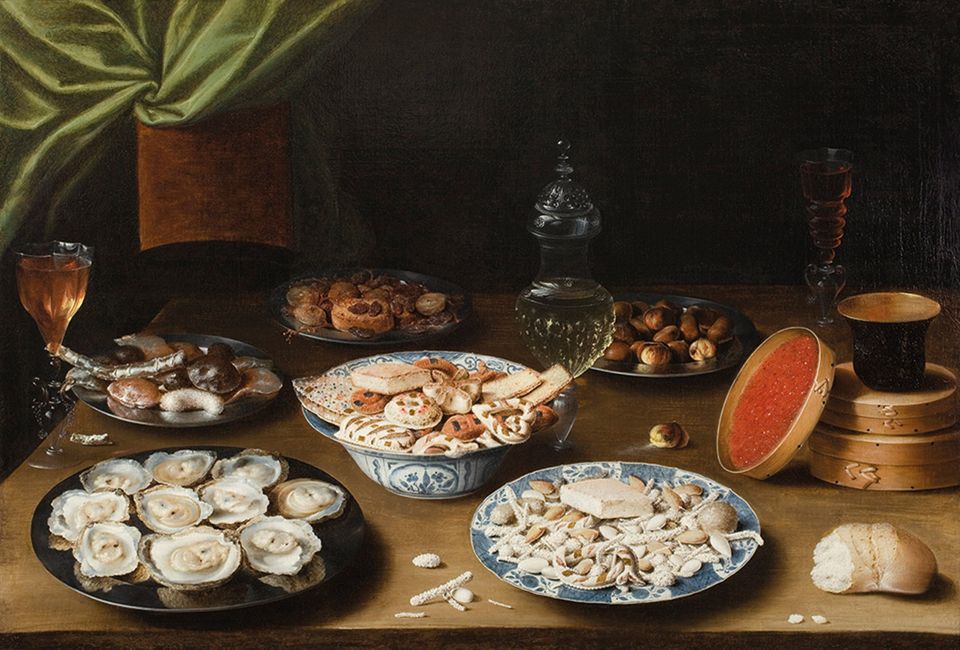 “This is among the earliest depictions in Europe of edible sweets made with sugar. This sugar was most likely imported from the newly colonised territories of what is now modern-day Brazil. Indeed, many portrayals of luxury goods in still-life paintings are narratives of international, if not global, trade. The sugar trade in particular was fuelled by the trans-Atlantic slave trade. Enslaved peoples harvested the sugar that was sent from South America to Europe. In a recent symposium, we took this painting as a point of departure to discuss these issues of global commodity exchange and the human costs of these exchanges in early modernity.” 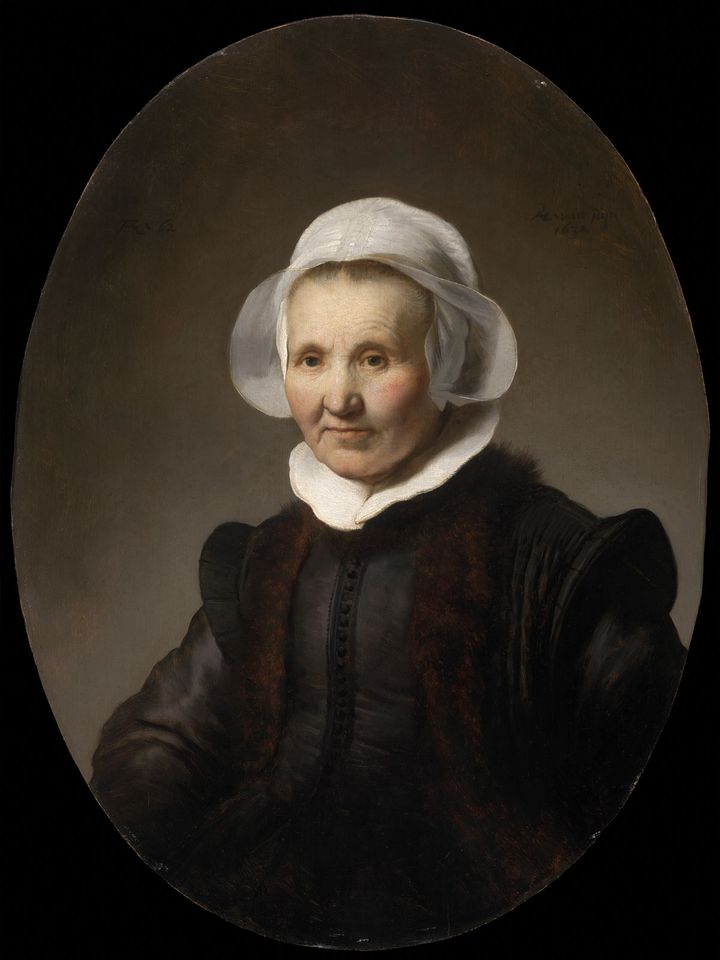 “Thanks to its exquisite condition, this painting is a perfect picture from which to study Rembrandt’s technique and process. Every work of art is the product of a series of decisions (practical and aesthetic). The object, then, is evidence of those decisions, making the work the primary document. In the case of this picture, we might look at the quality of the panel Rembrandt chose to use for the portrait of his future wife’s cousin. Did he use a particularly fine plank of wood? Answers to this question could yield insight into Rembrandt’s motivations and his personal financial circumstances at this early moment in his career.” 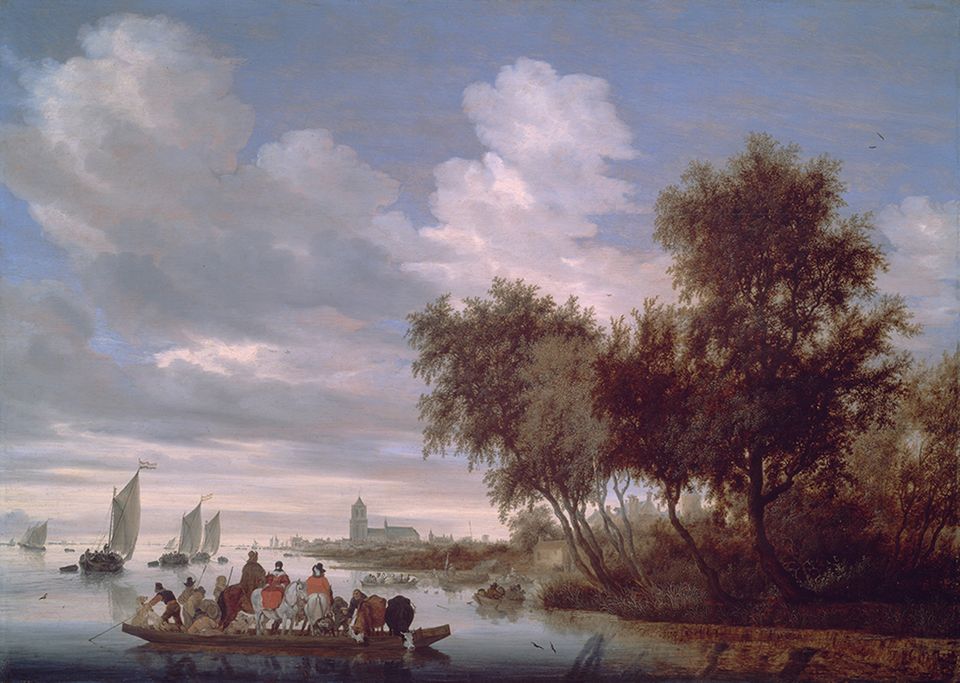 “An exceptionally beautiful painting by one of the period’s most important landscape painters, it is also an intriguing entry point into the frequent use of water in Dutch paintings. Thanks to the waterways, the Dutch were able to transport goods and people across the country and beyond. Water was at the heart of the economic success of the Dutch Republic and the culture at large. It would be interesting to take an interdisciplinary perspective and study the picture and its depiction of water with historians, economists and even climatologists. In this way, an art object becomes the locus for conversation across disciplines that brings people together and facilitates a wide-ranging dialogue.”