Rebirth into a strange new world

The gigantic post-apocalyptic creatures of Adrián Villar Rojas have landed at Turin’s Fondazione Sandretto Re Rebaudengo, which is staging Rinascimento (Renaissance), the Argentine artist’s first solo show in Italy (until 28 February). His previous monumental clay installations have drawn visitors into a fantastical universe inhabited by a life-sized blue whale in a forest, a replica of Michelangelo’s David asleep and hybrids of animals and machines. He told our Italian sister newspaper Il Giornale dell’Arte about the relationship between his latest exhibition in Turin—featuring sculptures that are partly organic still-lifes, partly stone, partly found object detritus—his “troupe” of collaborators and how “we are all children of an age which is really sensitive to catastrophes”.

What is the idea behind the project at the Fondazione Sandretto?

The project is about affection, and how it is expressed through the act of cleansing. There’s something about the domestic gesture that seems to me quite interesting. It is not about restoring but just about cleansing. The project is related to a physical and emotional state of “hangover” after the end of the making of The Most Beautiful of All Mothers [at the Istanbul Biennial]. Rinascimento is a post-end project, a post-Istanbul project. 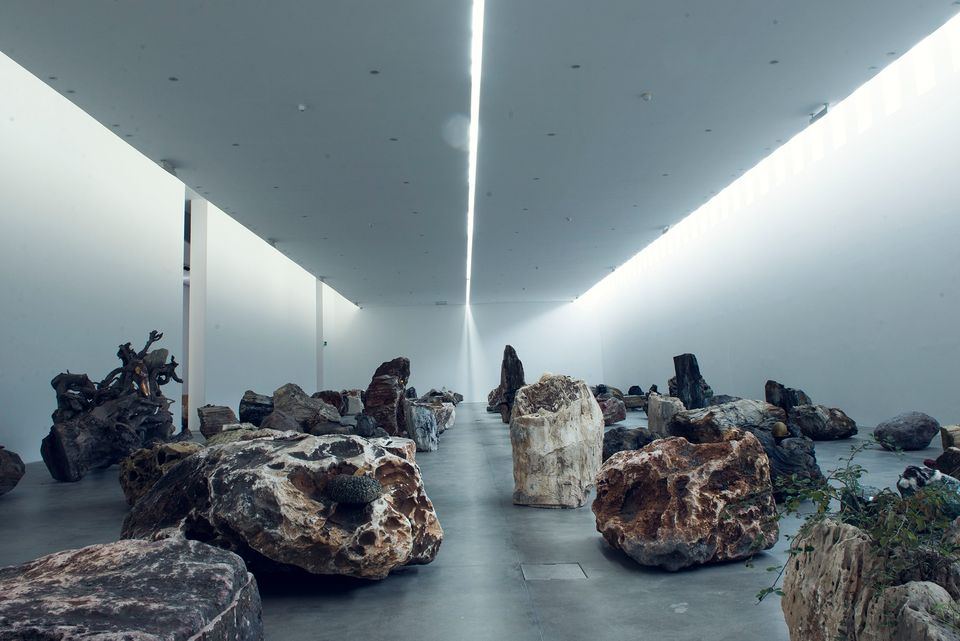 My “theatre company” and I are quite honest in the way we approach every project: our energy is not always the same; it increases or decreases from a project, city or country to the following one. Every new exploration is deeply connected to this varying emotional and physical energy; that's why I think the project in Turin gets right to the point. In this context, cleansing as a domestic gesture—mopping, sweeping, polishing, scraping, and so on and so forth—is the chosen path.

Sometimes there is affection attached to household tasks; doing housework can also be emotionally repairing. The flow of energy—emotions and states—is a key element that traverses and enchains all the projects. My team and I are a sort of raw reality travelling from one country to another, moving all the time from a city to the next, and thus our nomadic workshop has no filters, no edition: it is sheer state; and we are like a piece of meat lying on a table, completely exposed, without any editing, without any privacy or intimacy.

Why did you call the show “Rinascimento”? Is this an artistic rebirth, or a reference to Italian art history?

I could well finish my career with this project. Therefore, Rinascimento seemed to me quite a suitable title for what could be my last exhibition. No doubt there is a beautiful synchronicity between the country, its history and this title. 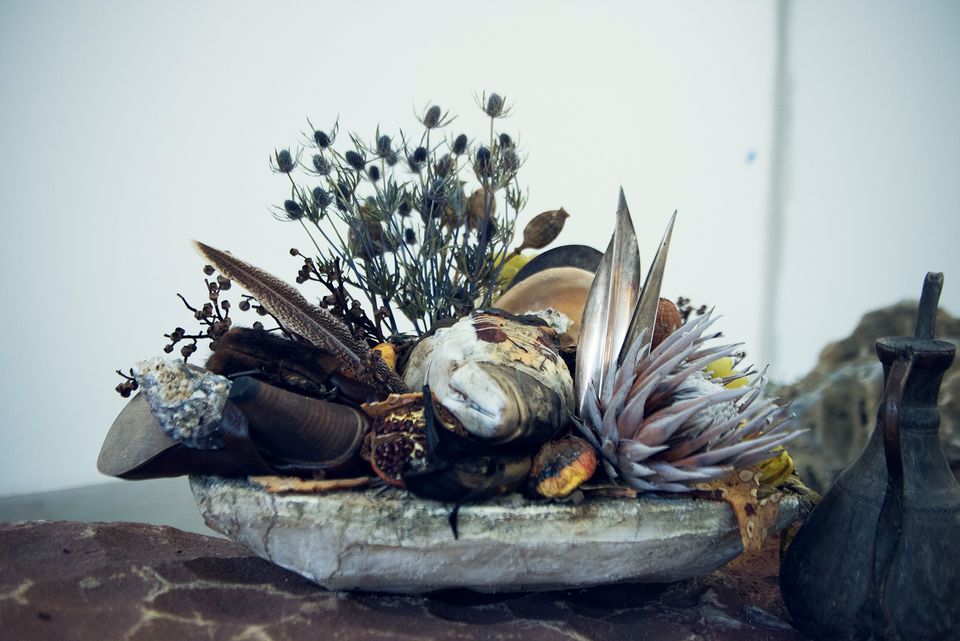 When and why did you start making art?

I no longer believe in the concept of “making art”.  I no longer “make art”.

You often use the metaphor of the theatre to describe your practice (there are actors-collaborators, a specific scenography, while you play the role of the theater director). How did you direct the team for the Turin show in particular?

Throughout the years, particularly since 2013, I’ve been developing the metaphor of the itinerant “troupe”. In this company of actors—all experts in improvisation—unfolds a very dynamic and fluid relationship with its director. Through multiple channels and mediums such as drawings or words, the director communicates information to his actors for performing operations that supposedly lead to the realisation of a show. However, communication is always flawed, distorted or diverted, and it is in this gap where the greatest wealth emerges.

This is the (quite flexible) methodology that I operate with today. I write and direct a script that works with the strengths and weaknesses of my actors. There is no pattern or rigid technique, but rather a plastic box of tools and possibilities. This does not mean that we are always in a creative environment. Sometimes the staging requires a tougher scenery, for example, a factory with plans including engineers, architects and accurate operations. At other times, I give a very simple drawing to some of my collaborators, or I hold a talk where misunderstanding becomes critical.

Beyond the theatrical metaphor, there is something philosophical in this methodology. I am fond of mirroring my practice in the far image of Pythagoras and his disciples, or even in Socratic catharsis, where thinking advances dialectically through a communication process during which the interpolated subject accesses—after a critical analysis of his “mistake”—the “truth”, just at the climax of despair, when everything seems to be lost.  Of course, in my practice there is no ultimate or transparent “truth”, as was the case in Socrates and Plato’s essentialism, but simply a communicative procedure to make the “actor” extract originality from the quarry of his creativity.

Raw clay seems to be one of your favourite materials. In your hands it becomes a fragile material and seems to symbolise the transience of life.

I don’t have a favourite material. In any case, my favourites are human beings. They represent the transience of life quite well, don’t they? 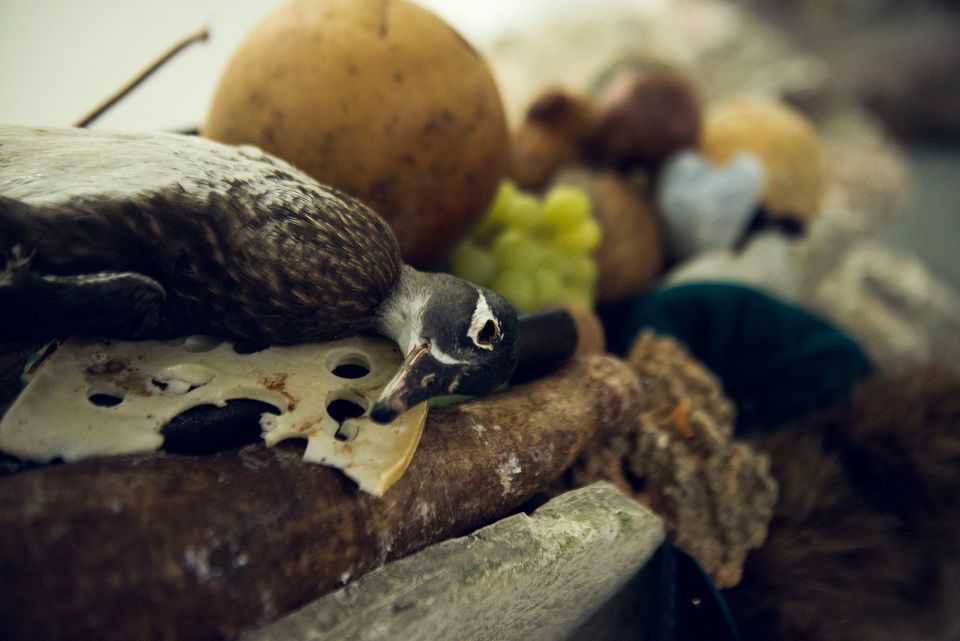 Your sculptures seem to represent a post-apocalyptic world inhabited by hybrid creatures. Has the recent debate about the Anthropocene influenced you in any way?

No doubt there are strong links between those theories and my work, but they were never an influence. I think we are all children of an age that is really sensitive to catastrophes. We are able to perceive and foresee them as human beings never were before. Beyond this, my main influence is my parents. My mother is Argentinian and Jewish, my father Peruvian and Catholic. This mixture of cultures is my main influence.

You mostly make sculptures. Why do you draw on this particular medium? How important is monumental scale?

Contemporary art can no longer be thought of or viewed from those categories. There is no place for concepts of disciplines, monumentality, site-specific or installation. Taxonomic classification in art is dead, and perhaps even art as a productive notion.

A key dimension of my practice is the host-parasite relation I develop with the institutions supporting my projects, and thus with their physical space—the architecture, city, region or even the country where those institutions are. The oversized scale of the projects comes to be, more than a pre-established goal of mine, a byproduct of their own parasitism. These projects draw energy and matter from their social, geographical, cultural and institutional contexts.

If I make sculpture is because I am a three-dimensional creature that moves in four dimensions (including time). Therefore, my connection to the material world turns me into a sculptor, like every human being that inhabits this planet. We are all sculptors. We are all sculptures. 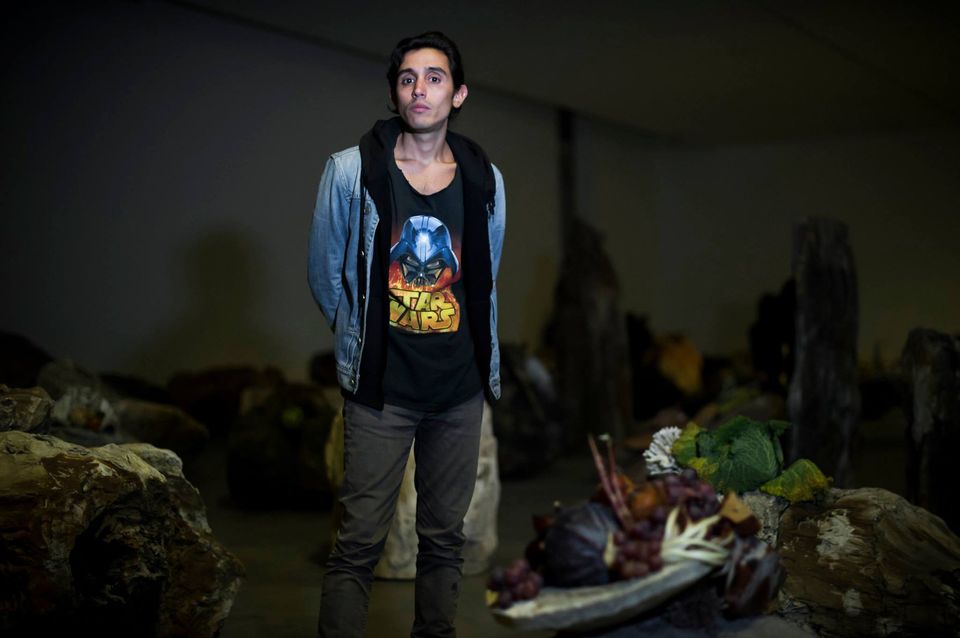