The human side of AI

How do algorithms see and shape the world? An exhibition at Basel’s HeK explores the often uncomfortable coexistence of humanity and AI Just as artificial intelligence (AI) has gained a firm hold in our daily lives—whether visibly or invisibly—it has inevitably begun to preoccupy artists. And as the breadth of artists using AI grows, so museums and galleries are gathering their works in survey shows. Three have opened in recent weeks at London’s Barbican Centre, at MAK in Vienna, and at Basel’s Haus der Elektronischen Künste (HeK). These follow Forging the Gods at the Transfer Gallery in Brooklyn during April and May.

Why now? “It felt urgent for us to discuss AI within an exhibition context,” says Sabine Himmelsbach, the director of HeK, “because it’s a technology that’s already there and is already creating artefacts and influencing how the world is functioning. That’s also why we chose the title Entangled Realities—it shows that AI is not something that will happen in the future, but that our present realities are interwoven with its effects.”

Different fields of AI-related art have emerged, says Julia Kaganskiy, who curated Forging the Gods. “There are artists who are exploring the aesthetic capabilities of AI, or AI as a creative tool, and more likely than not, this typically means GANs.” GANs, or generative adversarial networks, are a form of machine learning, where algorithms independently predict outcomes without explicit programming. The most famous work made using GANs—reflective of the conservative nature of some GAN projects—is the portrait print by the collective Obvious, which sold at Christie’s last year for $432,500, hyped as the first work created by an algorithm to sell at auction.

But while GANs “can often produce really interesting results”, Kaganskiy says, she is more excited by “artists who are trying to understand AI’s implications on our world today”. These artists “make visible the inherent power dynamics, the value systems that are being encoded, to try to help people understand how these systems came to be, and what sorts of decision-making and assumptions are allowing for their creation.”

James Bridle, whose work features in the Basel and Vienna exhibitions, is a key exponent of the post-structural approach Kaganskiy describes. He says the hype around AI makes it a compelling subject. “We don’t have anything even approaching science fiction ideas of AI, and that makes it more interesting, because what we’re developing is, perhaps, some other kind of intelligence, something that looks very different to us. It’s a tool with which art can do what art always likes to do, which is to ask what it means to be human, in a really quite broad but direct sense.”

Sabine Himmelsbach at HeK suggests that artists like Bridle are arguing for a “democratisation” of the complex languages of AI. “People are afraid. They read in the news that AI is taking over our jobs, and it’s so exaggerated what these machines can do.”

People are afraid. They read in the news that AI is taking over our jobs, and it’s so exaggerated what these machines can do Sabine Himmelsbach, director of HeK

Bridle says that machine learning is a potentially powerful tool of control. “And whoever wields it best will assume a whole new level of power.” He argues that the biggest developments in this area are within the apparently competing ideologies of big US corporations and the Chinese state. But he notes that as this stark division is developing, it is also “possible to open up that issue and ask questions around it, and try and develop alternative ways of thinking about it”.

Bridle’s projects have included Cloud Index (2016), a complex online work for the Serpentine Galleries, which used machine learning to explore the links between weather and political polling data, and a number of pieces in which he has focused on—and subverted—the neural networks behind self-driving cars.

He argues that the future effect of technology and AI is not inevitable. “All technologies can be radically rethought and radically reshaped, basically, if you have more eyes on them, if you have more people participating in discussions around them and actually actively designing and building them,” he says.

The artist Lauren McCarthy aims to demystify some of the ideas around AI by using familiar programmes. In London and Basel, she is showing manifestations of her ongoing project, Lauren, in which she becomes a human version of Amazon’s virtual assistant Alexa. McCarthy installs networked cameras, microphones and other devices she has designed around participants’ homes and, over several days, watches over them and controls their environment. 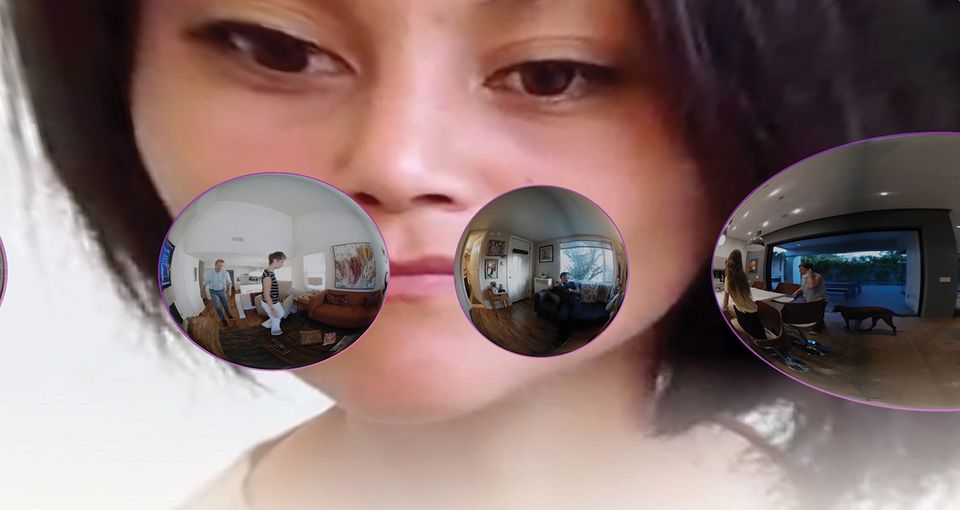 People perceive it to be more invasive to be watched by one person than by the disembodied Alexa, she says. “We know what it means to have someone watch us; we don’t have a visual sense of what it means for a database to watch us and archive us,” she says. “Similarly, we have this preconception sometimes, or a feeling, that these tools are neutral… For anyone who works in engineering or has gone deeper into this, it becomes clear that so many human decisions go into the design of the algorithms or the implementation of them.” Many AI works unpick these biases.

McCarthy’s and Bridle’s projects—and others across the various exhibitions—illustrate Kaganskiy’s contention that artists can be both questioning and imaginative as they analyse AI. They need not resort to “creating a doom-and-gloom scenario and passing some sort of judgement” but instead can “try to facilitate a discussion, some sort of public debate” about these increasingly pervasive yet still little-understood tools. It is, she says, an “urgent conversation that needs to happen now”. And, she adds, “For me, it’s a more interesting conversation than: ‘Can AI be creative?’ or ‘Will AI replace the artist?’”

In this four-channel video installation, Blas and Wyman reflect on the short life of Microsoft’s Twitter bot, Tay, which was “just put out there into the world without any care-taking; it all went wrong”, says Sabine Himmelsbach, the director of HeK Basel. “Within 24 hours, Tay turned into a homophobic, racist entity.” Blas and Wyman reanimate Tay amid a psychedelic Google Deep Dream environment: she is now a 3D avatar that ponders the nature of bots, data, neural networks and the prejudices that even machines can learn. 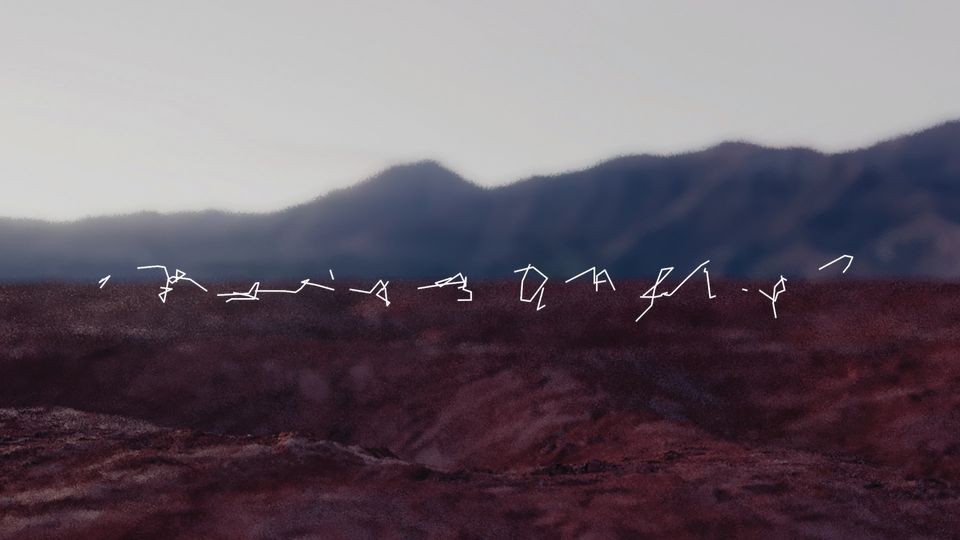 As the director of HeK Basel, Sabine Himmelsbach, puts it, Jenna Sutela “programmed an AI to speak in tongues”. She created a martian language using machine learning, inspired in part by the story of a 19th-century French medium who supposedly channelled an ancient alien language. The work is also informed by Sutela’s “longstanding fascination with bacteria and relationships with non-human species”, says curator Julia Kaganskiy. Sutela looked at the movements of an extremophilic bacteria that scientists have demonstrated can survive on Mars.