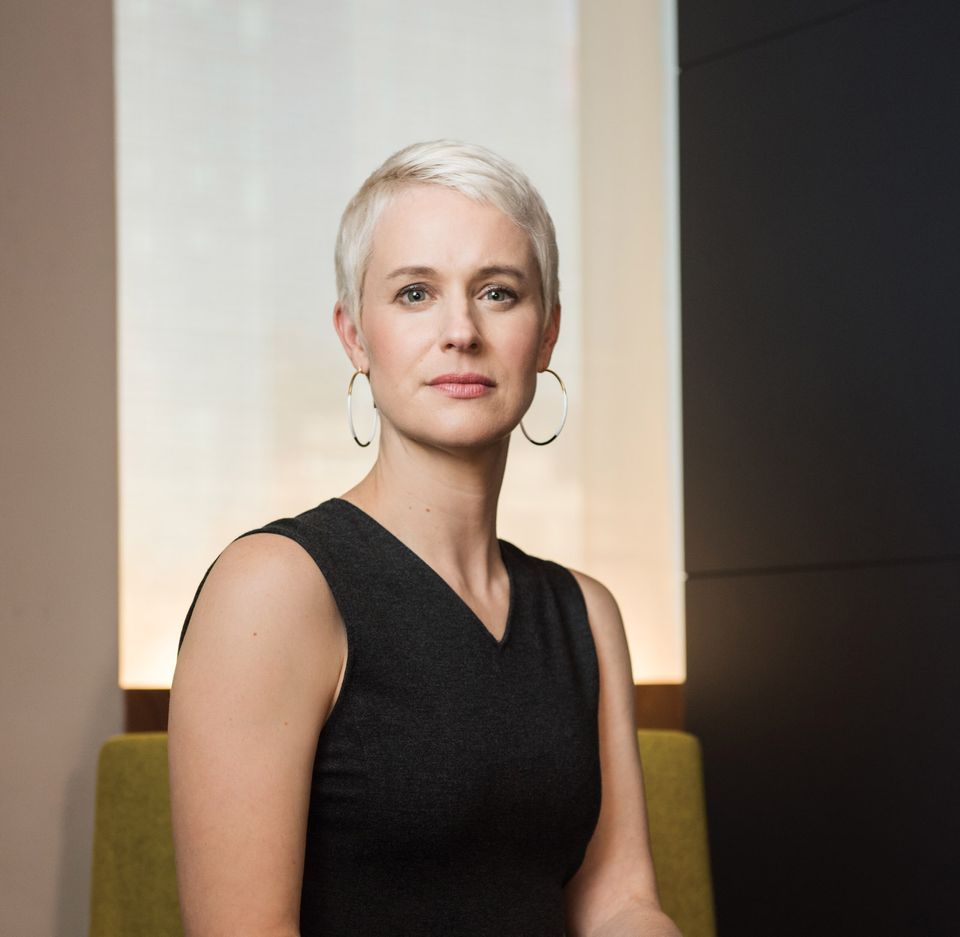 Photo by Teddy Wolff, Courtesy of The Armory Show

“It’s always a risk for galleries, doing a fair,” says Nicole Berry. “And it comes down to the money—it’s expensive.” The director of New York’s Armory Show used to work the fair booths herself when on the staff of various Manhattan galleries, so she is well aware that it is not just the stand fees that can stretch a gallery’s budget, but also the expense of shipping and staff, not to mention the untold cost of exhaustion. “Burnout is real,” she adds.

Burnout is exactly what brought Berry to the art world. She started her career as an elementary school teacher, following in the footsteps of her mother. “I didn’t have any formal art history training, but I was always trying to incorporate it into my teaching plans,” she explains over gluten-free toast and green tea at Manhattan’s NoMad restaurant. But after six years of working in a state school, she says she needed to change. “It’s a very difficult job. There’s not a lot of support for teachers, financially or otherwise. It can be incredibly rewarding, but you’re ‘on’ all the time.”

It wasn’t just her career where she made a decisive break—around the same time she also divorced. “I thought, you know what, there’s nothing holding me back from trying something else,” she says.

I was holding this Gerhard Richter painting in my hands and I was like, this is it, this is my calling

Berry had decided to return to San Francisco, where she spent most of her teenage years. “My parents moved around a lot when I was growing up. They were both from the same small Missouri town, and I think they just wanted to experience the world. My dad worked at a software company that allowed him to go all over the place.” Art in Action, the non-profit organisation she moved to after calling time on her teaching career, was designed to bring art education into California elementary schools after the state cut its funding for arts programmes. 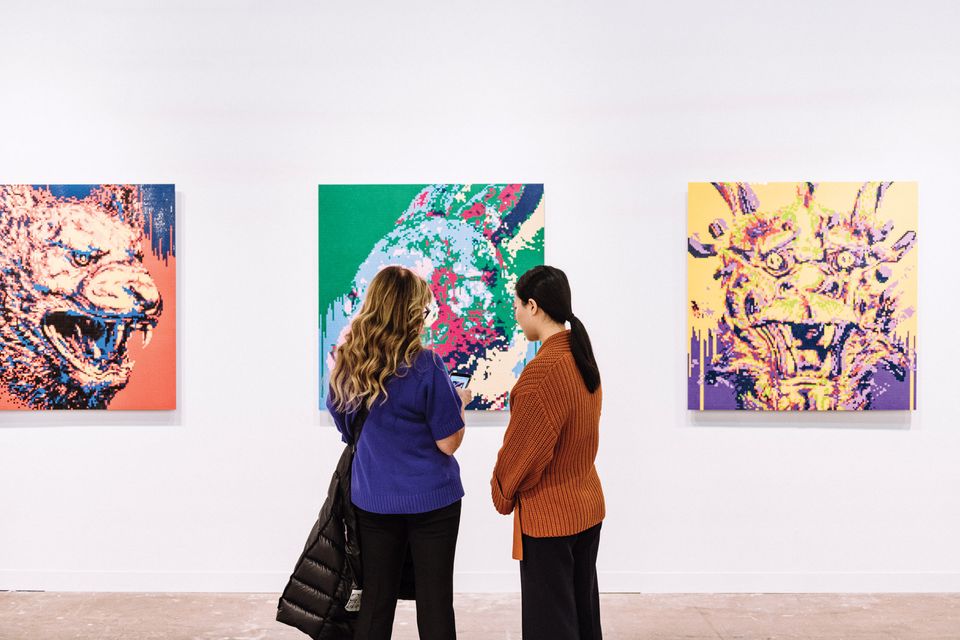 The teacher becomes the student

Berry realised quickly, though, that she needed to re-educate herself as well. “Here I was promoting the importance of art in schools and I’d never studied art myself,” she laughs. In 2003, she enrolled in a master’s programme for art history at the University of California, Davis, and went on to intern at Sotheby’s in the auction house’s contemporary art department in London.

It was her first taste of the commercial art world and she was surprised by the immediacy and intensity of it. “It was at the height of the art bubble, the early 2000s,” she says. “I remember calling my parents my first day to tell them that they sent me down to pick up a Gerhard Richter painting and bring it to the viewing room. I was holding it in my hands and I was like, this is it, this is my calling. It was just such a visceral experience for me to be so close to a work.”

Berry returned to the US and began working mainly at secondary market galleries in New York, first at Vivian Horan, then James Goodman, followed by Nathan Bernstein. “I was working with great artists like Lynda Benglis then, but I realised there wasn’t the kind of growth I was looking for there,” she explains. Right on cue, Chicago came calling—in 2011, the city’s famed Art Chicago fair of the 1980s and 90s was being reincarnated as Expo Chicago. “It was a chance to build a fair from scratch in a great city—there was nowhere to go but up.”

In Chicago, Berry says she was astounded by “the strong, powerful women there” taking risks with their gallery programmes and ideas, citing dealers such as Rhona Hoffman and Monique Meloche. Berry refers to her years with Expo as formative and Chicago as a second home. “My partner still lives there with our dog, Jake,” she says. Nevertheless, Berry had been longing to return to New York for some time. When the Armory Show approached her to become deputy director in 2016, she saw her opportunity.

Her first year as director in 2017, however, was not easy to navigate. The New York art fair was facing a PR crisis as its director, Ben Genocchio, was dismissed over claims of sexual harassment by five women, which he denied. Berry moved into the executive director role in November 2017, but the circumstances cast a long shadow over her first year at the helm, and she had just four months to get up to speed before the 2018 edition opened.

Her position did not get any easier in 2019—the fair’s 25th anniversary edition. Just a week before it was due to open, Berry was forced to address the cancellation its sister fair, Volta, a decision made by the fairs' parent company because of structural issues with one of Armory’s two venues. A third of Armory’s 194 exhibitors had to be moved out of Manhattan’s Pier 92 and into Pier 90, which had been earmarked for Volta, when city officials declared Pier 92 unsound. Understandably, Volta and Armory exhibitors were upset, and many questioned whether the misfortune could have been avoided by moving the fair earlier—the integrity of the piers had been in question for years.

After last year, we can handle anything. And in the future, I’m planning to make some radical shifts.

“I knew you were going to ask me about this,” Berry laughs, playfully jabbing a toast point in my direction as I ask how she fielded the emergency. “Look, we did everything in our power to get ahead of that. You spend all year making this one event, you have to make sure that, no matter what, it happens. But some things are just entirely outside of your control.” She cites the recent cancellation of Art Basel in Hong Kong, the 2020 edition of which has been scotched by the spread of coronavirus across mainland China and beyond.

“The world is changing rapidly. You have to be able to adapt, and we’re in the process of doing that,” she says. The 26th edition of the Armory fair, which opens on 5 March, will again be held at Piers 90 and 94. Volta, meanwhile, has been sold to a new owner, Ramsay Fairs, and is opening (concurrently with Armory) in a location close by—Metropolitan West. There has been some exhibitor attrition since last year—heavyweights such as Pace, Lisson and Thaddaeus Ropac have all opted out of participating in the 2020 Armory show, although Gagosian and Kasmin are due to return after an absence.

Berry remains unfazed by the changes; in fact, she embraces them. “I tell my team that after last year, we can handle anything. And in the future, I’m planning to make some radical shifts.” 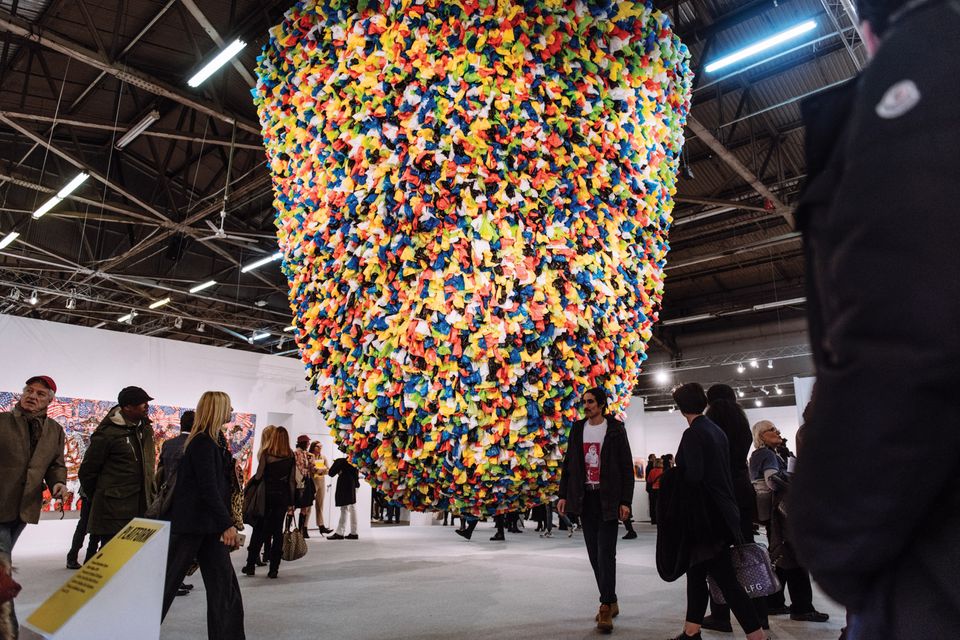 Listing the recent success of hotel room events, such as the Felix art fair in Los Angeles and the Nada art fair in Chicago, I ask whether she is planning a return to the fair’s roots. After all, when the Armory Show launched as the Gramercy International art fair in 1994, it was held at New York’s Gramercy Park Hotel. She smiles coyly.

“What I can say is that it’s flattering that the history of the Armory Show has proved such an inspiration for a new generation of fairs. Ultimately, I think people are really ready for change when it comes to the art fair experience, and we’re going to deliver that. It’s going to be transformational and really positive.”

For now, though, Berry is focusing on pulling this year’s edition off without a hitch. “I do a lot of yoga to keep me centred… I hear Mercury is in retrograde when the fair opens,” she says, referring to the near-quarterly astrological event routinely blamed for disasters of all sorts—technology crashes, workplace upsets, missed flights. “I’m still hoping the stars will be on our side.”

• Born in Indiana, lives in New York and Chicago

• Holds a bachelor’s degree in psychology from Colgate University as well as a master’s in elementary education and a master's in art history from University of California, Davis

• Interned at Sotheby’s, London in 2005; moved to New York to work at Vivian Horan, James Goodman and Nathan Bernstein galleries 2006-11

• Launched and produced Expo Chicago 2011-16, before being appointed deputy director of the Armory Show in 2016, and made executive director in 2017