With her delayed show now open at Blenheim Palace, the British-born painter explains that she is as likely to be inspired by childhood comics as historic battle scenes 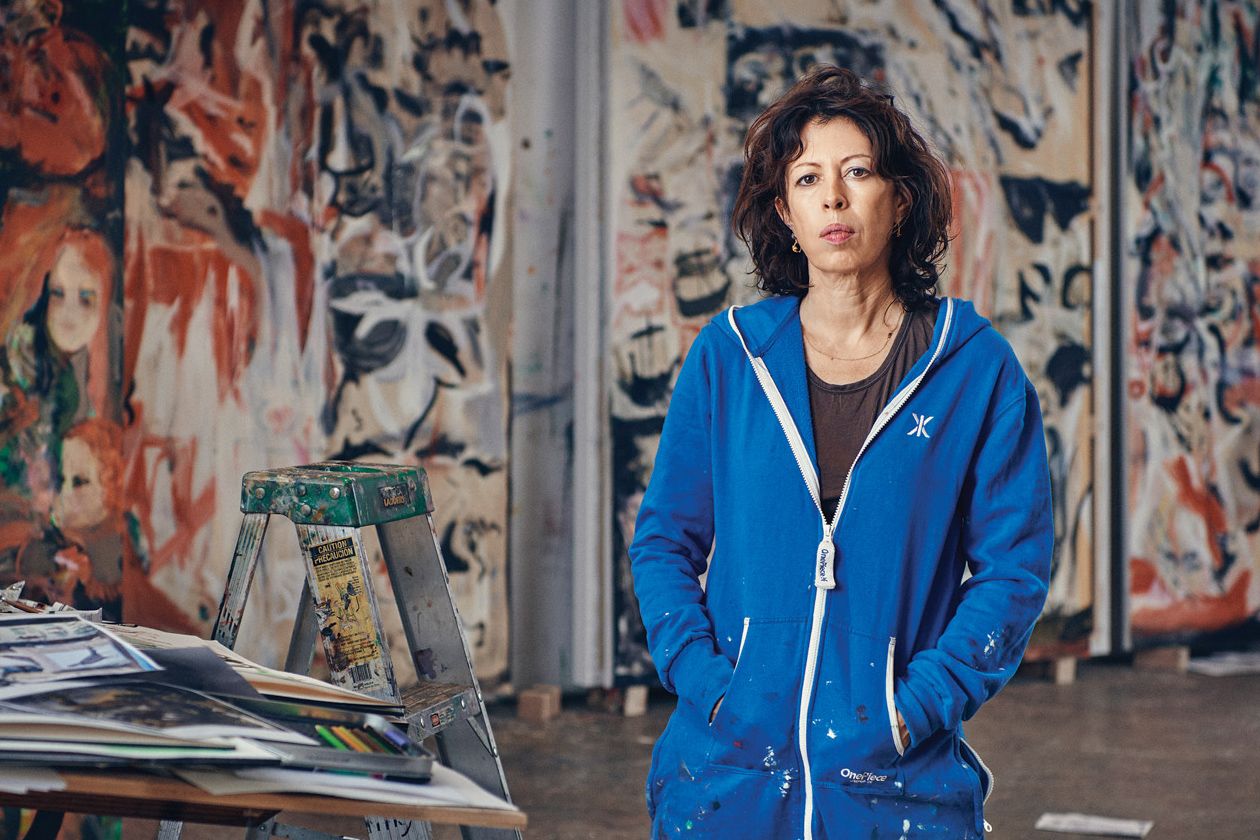 Cecily Brown is known for her visceral and exuberant depictions of the body, nature and historical subjects, teetering between figuration and abstraction in lushly fragmented mash-ups that tap deep into art history and popular culture. Grand in scale and richly referential, these kaleidoscopic works have established Brown as one of the most esteemed painters of her generation.

Born in London, Brown found an early mentor in the artist Maggi Hambling, who encouraged her to paint and to take a degree at the Slade School of Art. But soon after graduating in 1994, Brown moved to New York, feeling little affinity with the burgeoning Young British Artists scene, which she described as a “closed club”. Four years later, Brown was taken up by Larry Gagosian and swiftly propelled to art stardom, soon becoming one of the few female artists whose works sell for more than $1m. She left Gagosian in 2014 but her reputation has continued to flourish. Now Brown has made a new body of work especially for Blenheim Palace in Oxfordshire, the seat of the Dukes of Marlborough and the birthplace of Winston Churchill.

The Art Newspaper: How do you feel about being the first contemporary painter to have a show at Blenheim—surrounded by Stubbs, Reynolds and Van Dyck in all their gilt-framed grandeur?

Cecily Brown: I just think of myself as an artist and so it didn’t strike me until a while after I’d said yes that I was the first painter. I’m more interested in being the first Brit, to be honest. Even though I draw on art history so much I’ve always hated the idea of showing my work alongside the great old painters of the past; it’s become such a fashion and it all just seems so forced. I look at tons of contemporary art—I’m immersed in contemporary culture and I want to be part of this world. I’ve always looked at everything. People concentrate so much on the Old Masters and the Abstract Expressionists in my work, but they hardly ever mention Modernism. I guess it was unfashionable for my generation to talk about Picasso.

You are also the first artist to make a completely new body of work especially for Blenheim. Why did you feel this was necessary?

I didn’t want to throw up a bunch of paintings that have nothing to do with the situation. That said, I’ve always prided myself on never working for an exhibition, never doing a commission and never working to order. Because I’ve always had market success, that was one of my devices to keep myself relatively pure. I paint as if I’m an art student: I just get on and make work, and then figure it out later. I think in paint and I edit a lot. Because I’m quite prolific I work in a way where I can put things aside; there’s not this pressure ever to finish anything. I hate deadlines. But then two years ago I made these paintings specifically for the Metropolitan Opera House in New York. At first I baulked, but I actually found it super-exciting to work with that place in mind. Because of this experience I felt confident about Blenheim. I thought I should just follow my gut and that the paintings would follow, and they did. Like with the Opera House, I immediately knew what I wanted to do. 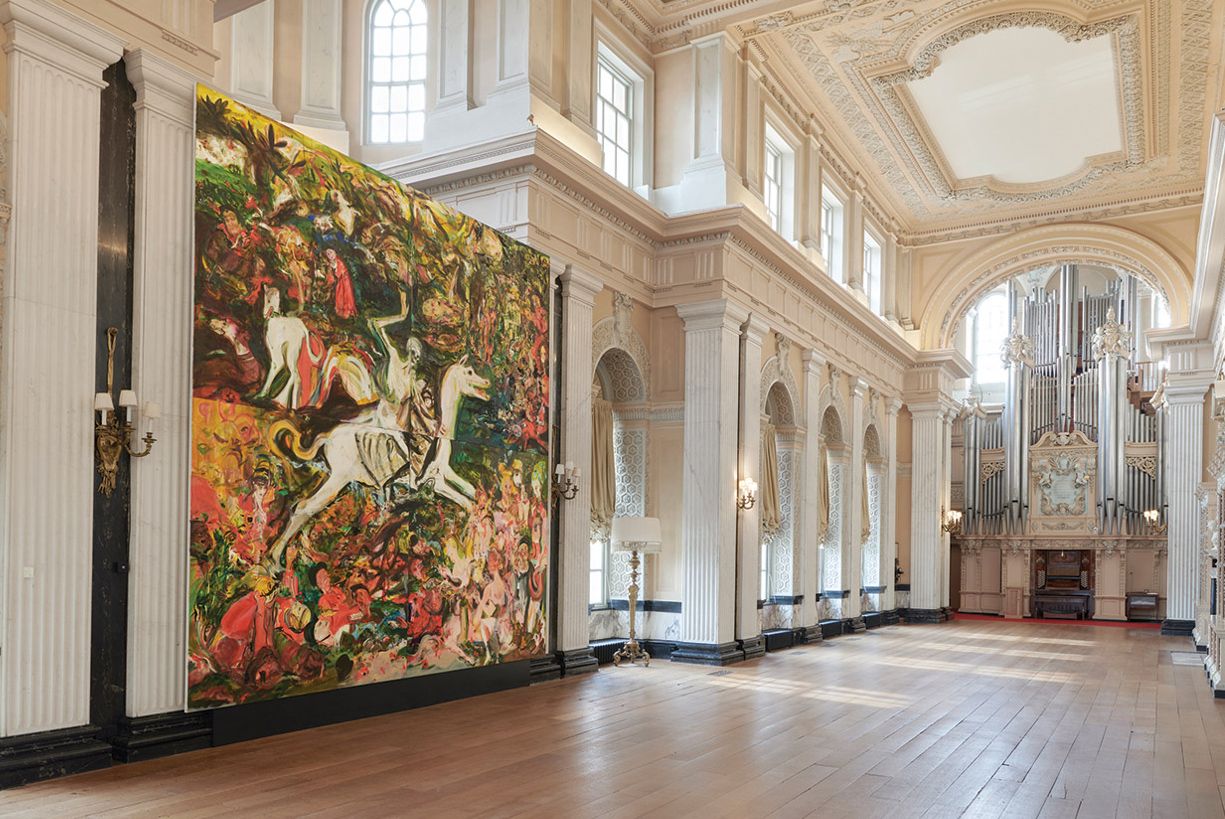 The Triumph of Death (2019) in situ in Blenheim Palace Photo: Tom Lindboe; courtesy of Cecily Brown

You’ve described these paintings as a way of trying to understand what England means to you.

I’m really interested in ideas of Englishness. I moved to America at 25 and when I turned 50 last year I had this moment of realising that I’ve lived in America longer than England. So now I’m this sort of exile and I’m trying to understand what England means to me. Am I still an English artist? A British artist? Or am I now American? I actually became an American citizen after Trump got in because it’s such a scary time; I thought I should have the same passport as my daughter because she was born here and I haven’t yet got her an English one.

The Blenheim paintings use traditional themes associated with stately homes: hunting scenes, battles, portraiture, pastoral landscapes. You’ve even made a series based on the Duke of Marlborough’s heraldic armorial banner.

When I went to Blenheim, the banner in the Great Hall was the first thing I saw. It was my favourite thing and it remained in my memory more than any of the paintings there. With the banner paintings there’s a cartoonishness, almost. I was thinking of all the comics from when I was a kid, like the Beano and the Dandy, their bright colours, and what would happen if the Bash Street Kids from the Beano got hold of one of those banners. The longer I paint, the more I’ll go back into an early subject from a different angle. I’ve always gone back to landscape for the past 20 years and I’m more aware in recent years that it’s really a memory of an English landscape that I’m painting. It’s all about this kind of longing for a forgotten or distant time.

The hunt was another big thing for me with Blenheim. I’d made these detailed drawings of animals ten years ago and I’ve always wanted to do more paintings that combine humans and animals; now I realise this is what those earlier animal studies were leading towards. I sometimes feel like I’m gradually working my way through every subject. Painting battles also seemed to lend itself to my way of working. A battle is something that I’ve always been drawn to in other artists’ work, especially Uccello, and I now see that a lot of my earlier Bunny Gangbang paintings were a nod to battle paintings.

In your distinctive painterly language all these subjects seem to be melting and disintegrating. Do you see this as a political comment?

The fragmentation is something that is always there in my work, but while I was making all the Blenheim paintings it was Brexit all the time and I was thinking that with their brokenness, they were also Brexit paintings. It’s a horrifying idea of Britain, turning itself into this tiny, parochial island and turning its back on Europe. I find the whole thing so sad. One of the paintings is called There’ll Always Be an England after the patriotic wartime song sung by Vera Lynn, but it’s also meant somewhat ironically, as soon that will be all that’s left.

Now we are also amid a pandemic, which makes your final work, the huge Triumph of Death, inspired by the fresco in the Palazzo Abatellis in Palermo, especially prescient.

The interesting thing about all these juicy subjects is their utter relevance to today—death and destruction are timeless and nothing’s really changed. Using art—and often art of the past—can be like a bridge to talk about difficult things in the present. I’ve always used grand themes but that felt a little out of step until recently. It’s funny to be feeling topical for the first time in my life. 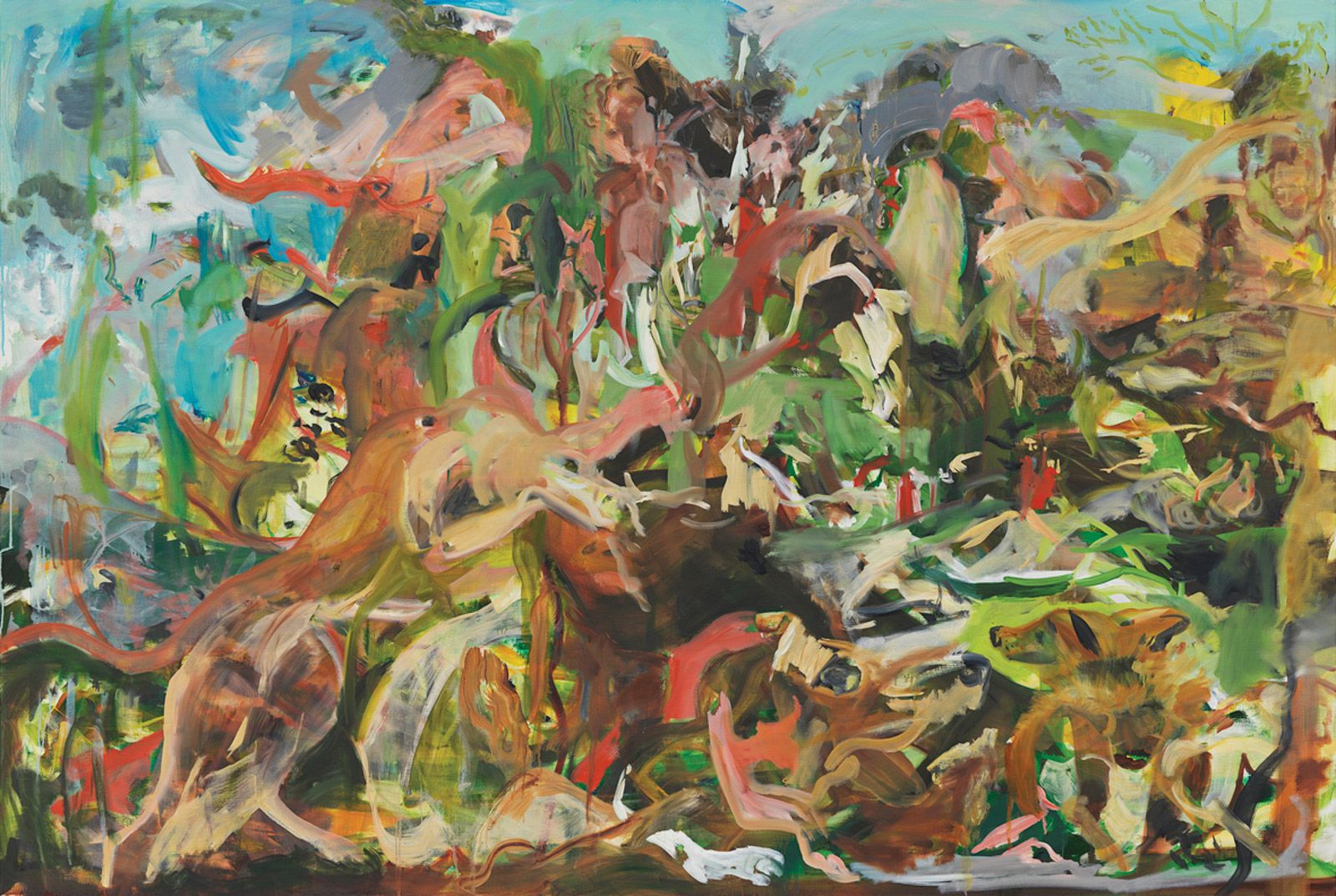 The Calls of the Hunting Horn (2019), one of many works in which Brown explores the tradition of painting the hunt Courtesy of Cecily Brown