The Swiss collector discusses his love of Lichtenstein, his regret at not buying a Subodh Gupta when he had the chance and hanging art on his refrigerator 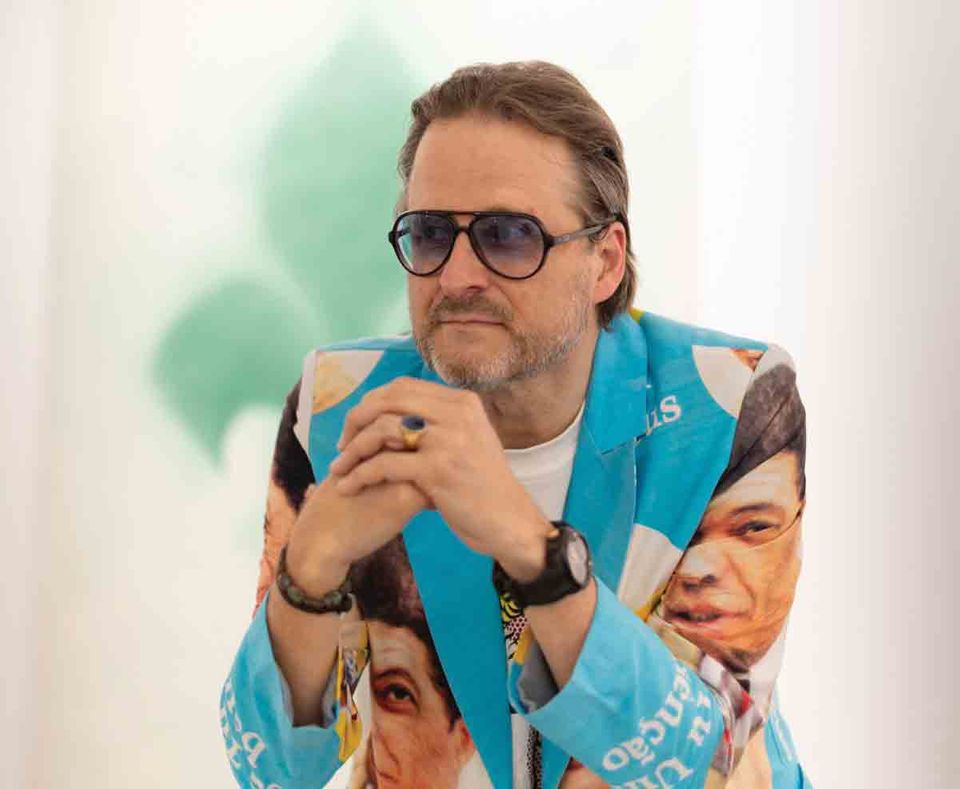 David Brolliet has been collecting contemporary art for the past 40 years, ever since the Swiss dealer Pierre Huber gave him his first work, when he was just 18 years old. Although Brolliet was encouraged to join his family’s real-estate firm, he instead launched his own communications and production company for the music and film industries.

The Geneva-born collector buys work only by artists he has met, and his collection includes pieces by John Armleder, Sylvie Fleury, Roman Signer, Pipilotti Rist, Kader Attia, Marlène Mocquet and Chen Zhen. He is closely involved with the Marcel Duchamp Prize for young artists and with Geneva’s Musée d’Art Moderne et Contemporain. Since the early 2000s, the French production company Creativtv has been filming a documentary on Brolliet’s life as a collector, following him from art fairs to the Venice Biennale to artists’ studios. The one-hour film is being shown, alongside a selection of works from Brolliet’s collection, at the Fondation Fernet Branca in Saint-Louis, France (until 30 September).

How did you first get into collecting, and what was your first purchase?

My mother was keen on contemporary art, but my dad was traditional and cynical about any Modern art; he collected drawings but would only go as late as Dalí. When I was 18, I took him to a show at Pierre Huber’s gallery in Geneva, of a young artist called Igor Mitoraj, because my father loved Ancient Roman sculptures and Mitoraj’s work is very close to that. He bought a work and Huber was so amazed that he told me to go into the back room and choose a work to take home. I chose a small sculpture of a paint brush by the artist Daniel Aubanel, which is in the show in Saint-Louis.

At Artgenève in January, I bought a little sculpture by Jake and Dinos Chapman, a bronze called Even the dung beetle stares up at the stars [2016], from Blain Southern gallery. I love it; it’s very macabre.

I do everything. I buy from artists’ studios if they are not represented by a gallery, or through galleries, or at fairs, or at auction. I have certain galleries I follow, but I don’t use an adviser; I trust my own judgement.

I collect with my heart, not with my wallet. But I looked on the Artprice database and the most valuable works of art now—worth around €200,000 each, I think—are a painting by David Salle, Curtain Down [1993], a photograph from Cindy Sherman’s Witches series [Untitled, 1994] and a large wooden armoire by Wim Delvoye from around 1988.

I think the Chapman sculpture; a work by Yoko Ono, because I used to know her in Geneva; and the Aubanel.

If money was no object, what would be your dream buy?

I am in love with Roy Lichtenstein and when my father died, I could have bought one but didn’t. I would buy one of the aeroplane works with a “BOOM!”, and a Magritte—something with a hat, a face and an apple.

I bought a work by the British artist James Hopkins that is very big, fragile and complex. It is four sculptures of characters from the US cartoon South Park.

Many years ago, I had an amazing encounter with Robert Indiana, who just died, so I would invite him—and Tunga, Chen Zhen, John Armleder, Kader Attia, Sylvie Fleury, Nan Goldin and Vanessa Beecroft.

I didn’t pay enough attention to some artists early in their career. Subodh Gupta is a wonderful artist and friend. I promoted him, but never bought his work. Now he is rightly represented by big galleries and is very expensive.

What is the most surprising place in which you have displayed a work?

When I was young and living in a small studio apartment in New York, I had art hanging everywhere, including on the refrigerator door, pinned up with magnets.

The best thing is to listen to what your heart tells you to do.