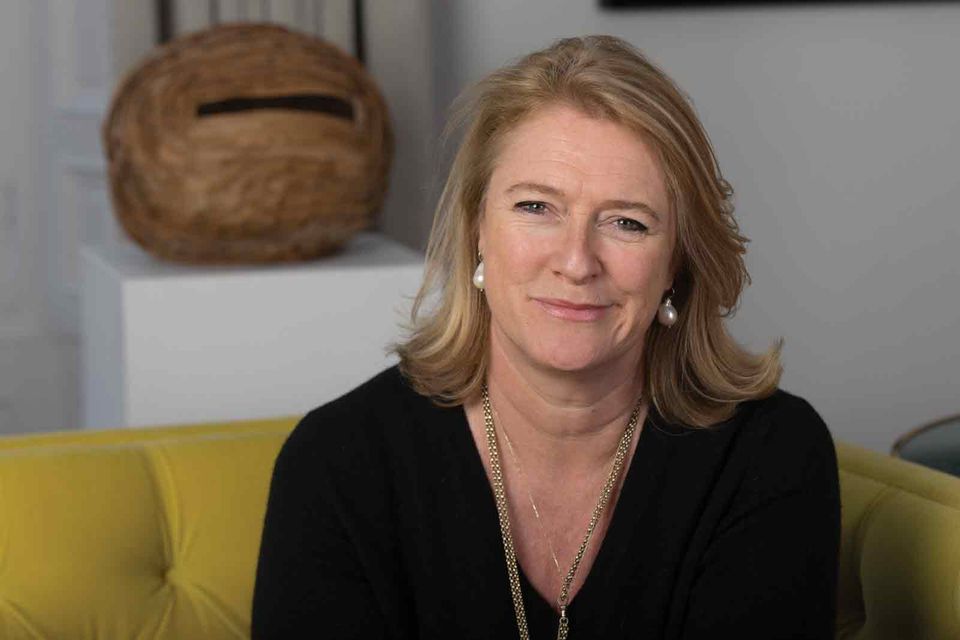 Nicky Wilson describes herself as a “sculptor manqué”. After graduating with a masters in sculpture from the Chelsea School of Art, she won the British School of Rome Sculpture Scholarship but, after having five children, this has little time for her own artistic pursuits. Her love of sculpture now plays out through the collection that she and her husband, Robert, have formed at their home—a Jacobean manor house near Edinburgh called Bonnington House. Ten years ago, they founded Jupiter Artland, a not-for-profit sculpture park set in the 100-acres surrounding Bonnington. Their aim is that every schoolchild in Scotland gets the chance to visit the park for free. Pieces by the late Scottish artist Ian Hamilton Finlay, including Little Sparta, are joined by large-scale sculptures and land works by Andy Goldsworthy, Cornelia Parker, Antony Gormley, Phyllida Barlow and Anish Kapoor—all commissioned by the Wilsons. Nicky Wilson, who founded and directed the skincare company Beautiful Bump, currently sits on the board of trustees for the National Galleries of Scotland and is the chair of The Hopetoun Foundation.

How did you first get into collecting?

I began collecting work by my contemporaries while at art college—Camberwell College of Fine Art, Chelsea School of Art and then the British School of Rome. I think that my collecting process has not drifted far from that, I love to understand the practice, the process of making, the thinking of the artist before committing to commissioning for Jupiter Artland’s collection.

Ian Hamilton Finlay's large stone tablet with the quote from Pliny: “We worship the groves and their very silences”. It proved prophetic.

What is the most recent work you have bought?

Phyllida Barlow’s quarry, which is probably the most exciting project we have worked on. She is a mentor, teacher and inspiration. It's an extraordinary piece and one I am incredibly proud of.

What is the most expensive work in your collection?

It may sound odd, but often the works at Jupiter Artland are so labour intensive, the actual cost becomes irrelevant compared with the human commitment involved.

Hard question. I would probably run out with armfuls of my children’s masterpieces but if I absolutely had to pick something it would be a drawing that Antony Gormley gave to my husband. It has such a lovely message on the back that we both felt we were on the right track with Jupiter Artland and its ethos.

If money was no object, what would be your dream purchase?

Charles Jencks’s Life Mounds was expensive in terms of [finances], human resources and time. It was a herculean task to create and it remains a huge task to maintain it. But it’s worth every penny.

Is anywhere surprising? Works of art dictate where they need to be shown.

Which purchase do you most regret?

I don't regret any purchase, but sometimes I regret not buying a work, then it will come back to me in a quiet moment. There’s nothing worse than an opportunity missed.