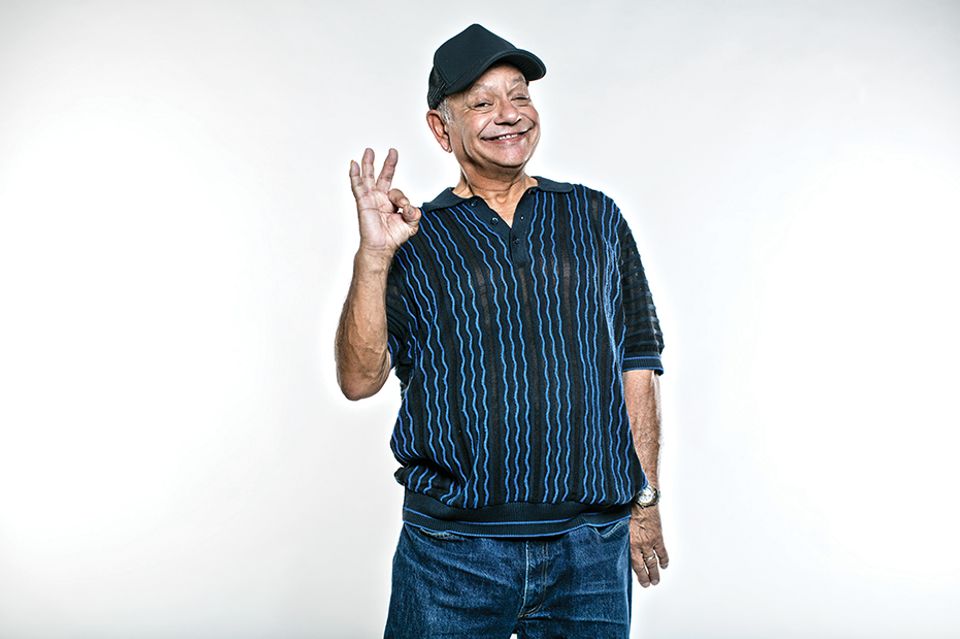 By 2021, California will have a new institution dedicated to Chicano art, thanks to the efforts of the Riverside Art Museum and the actor and comedian Cheech Marin, whose 700-work collection will soon be housed in the new venue. “The Cheech”, as the art centre is already affectionately called, will be one of the largest public displays of Chicano art in the country. “It’s not a crowded field, you know?” the actor joked in an interview with The Art Newspaper. “There are other big collectors. Maybe some of them have more pieces, but over the years, I’ve realised that a collection is defined by its quality. That takes a long time to put together.”

Marin began acquiring work in the 1980s, but his interest stretches back to his most formative years, when he would look at art books in the local library. An academic education in Western art followed and Marin has created work himself as an apprentice to the Canadian ceramicist Ed Drahanchuk—“my Mexican artistic genes came busting out,” he says of his last semester in college, when he took his first pottery class. His collection then is the result of a life-long dedication to art. “When I discovered the Chicano painters, I thought: ‘These guys are really good. I know every painter in the world, how come they’re not getting any shelf space?’ So, that became my collecting process, to make sure they got shelf space.”

The Art Newspaper: What is the first work you purchased?

Cheech Marin: I believe there were three I bought at the same time. There was a piece by George Yepes, a piece by Carlos Almaraz, and one by Frank Romero. I bought them through Robert Burman, who was the dealer of note in the Chicano world.

I just bought a beautiful Chaz Bojorquez piece. It’s graffiti elements of three different panels on Zolatone—a spray paint that comes out speckled—and then he puts figures on top of that.

All of the above. I always encourage painters to work with galleries because that’s how they get a public face. A good gallery owner would put them in the right collection and the right museums and distribute it. Because when art becomes a commodity, it’s like the stock market.

Speaking of commodity, what's the most valuable piece in your collection—or the work that means the most to you?

Is there work you regret not buying when you had the chance?

So many. But I’m not really the kind of art collector that can say: “Hey, send over two tons of that art shit.”

What is the most surprising place you’ve displayed work?

In the guest bathroom of my house. That’s where the Almaraz pieces are. I put them there because it is the one room that everybody goes into. I was talking to a novice collector and she said: “God, you put that art in the bathroom? I would never do that.” I said: “What do you do? Shit on the walls? Come on, babe, get with it.”

Which artist, dead or alive, would you invite to your dream dinner party?

My friend, [the painter] John Valadez, he’s a wonderful guy to talk to. So intelligent and knowledgeable in many different areas—and soulful. And [the muralist] Margaret Garcia, just so that she could start a bunch of arguments.

What’s the best collecting advice you’ve been given?

If you have the money and you see a piece that you are thrilled about, get it right then. Don’t sit around the whole show, wait a couple weeks, because it will be gone. That will be one of your biggest regrets. But it also depends on developing your eye; that is the most important thing in collecting.