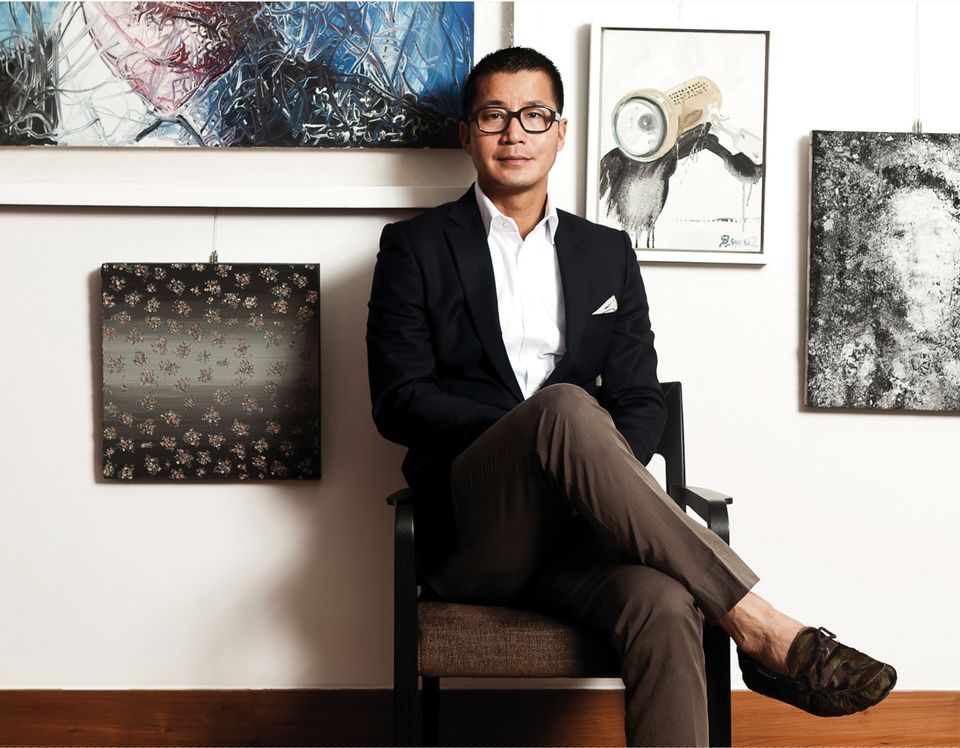 William Zhao, the independent critic and collector, describes himself as a “leading contributor to Hong Kong’s art scene”. He completed a Master of Business Administration in Paris and then worked in the finance sector in France for 11 years, relocating to Hong Kong permanently in 2003. During his time in France, he advised the French government cultural body in charge of the Joint France-China Years 2001-02 initiative. He has also organised several shows—including Framed: Ai Weiwei and Hong Kong Artists at Duddell’s, Hong Kong, in 2013-14—and has written for the South China Morning Post and Hong Kong Tatler.

William Zhao: A small Picasso drawing from 1933, which I bought in Paris.

Liu Ye, a painting from the Bamboo series. It is interesting how he combines traditional Chinese imagery and subject matter with Western painting techniques.

From galleries or at auctions.

All of them are valuable to me.

Picasso paintings, in his later period, or Matisse paintings (not works on paper).

If your house were on fire, which work would you save?

I would save all of them—if only I could...

Of all the works in your collection, which requires the most maintenance?

Paper works are usually more sensitive to the environment, like Lee Kit’s cardboard works. And some paintings with heavy impasto too; for example, the paintings by Michael Williams or older masters like Kazuo Shiraga.

I reframed a Danh Vō work and turned it into a coffee table. People are usually very surprised when they realise it is an artwork, as there are too many books on the table.

What is the best collecting advice you have been given?