From Beijing to Mayfair: French dealer to open new gallery in London 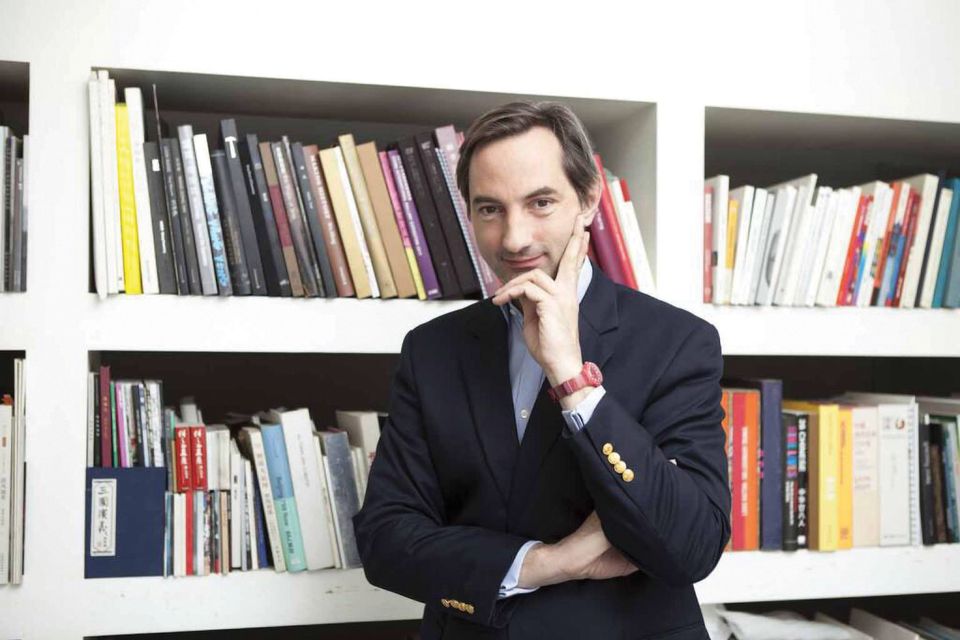 The dealer Hadrien de Montferrand is opening a London gallery, his third, this spring

“I suppose it is confusing,” smiles Hadrien de Montferrand, sipping a coffee on an uncharacteristically sunny day in London. “I am a French art dealer from Beijing, who is opening a space in London!”

An exhibitor at Art Basel in Hong Kong for the past five years, De Montferrand established his gallery in Beijing in 2009, focusing exclusively on works on paper by Chinese artists. In 2013, he opened a second space in Hangzhou, again specialising in contemporary Chinese art. In the meantime, HdM Gallery has evolved, and now shows works by non-Chinese artists such as Ivan Messac and Barthélémy Toguo alongside He An and Qian Jiahua.

“The reasons for the move are twofold,” he says. “First, professionally, I wanted to expand. I looked at Paris and Brussels but finally decided that England’s capital was best for Chinese artists.” The other reason is more personal: he recently remarried and his wife is London-based.

“The challenge was to define our identity,” he says. “The best description would be ‘an international gallery with strong Chinese DNA’.”

His first London show will feature Caracas-born, Paris-based Elias Crespin and Zhao Zhao, a conceptual artist who was formerly an assistant to Ai Weiwei. After that, the programming will alternate between Chinese and Western names.

De Montferrand’s path to setting up a business in China started when he went to Shanghai to study the language. “I had a childhood on the road, due to my family’s diplomatic postings, and this instilled great curiosity in me,” he says.

After a long stint with Artcurial in Paris, he left France to establish a Chinese branch of the auction house. That faded away because of differences with the Chinese partner, and De Montferrand then worked in Beijing for the Ullens Center for Contemporary Art before deciding to open his own space, with the support of Laurent Dassault of the French aeronautics-to-arms company Dassault Aviation, who is a majority shareholder in Artcurial.

“China has changed a lot,” De Montferrand says, looking back on his nine years as a dealer. “The art ecosystem is far more professional than it was when I started. But in many ways, there is greater freedom to do what you want than in the West, as long as you play by the rules. The only thing is that the rules aren’t necessarily hard and fast.”

However, “in some ways, it was an advantage to be a foreigner—you aren’t part of a clique or circle”, he says. One particular skill is essential, though. “Fluency in Mandarin; I’d never have succeeded without being on the ground.”

For the fair, De Montferrand is hosting a solo show of Li Jingxiong, whose installations use materials ranging from steel and copper to computer screens, to comment on social media and violence in modern-day society.

Chinese tastes have evolved, the dealer says. “The new generation of artists is travelling a lot, and collectors are [also] going around the world, visiting studios and art fairs. There is definitely a shift among collectors to Western artists, and they tend to buy the same things. Interestingly, the biggest influencers are the artists themselves.”

One example is Zeng Fanzhi, whose purchase of works by Giorgio Morandi has sparked interest among other Chinese collectors.

As he shuttles between Asia and Europe, De Montferrand is clear about one thing. “I love a challenge,” he says.