The daughter of sculptor Joel Shapiro, who grew up surrounded by art and artists, says she is "finally connecting the dots of her history" 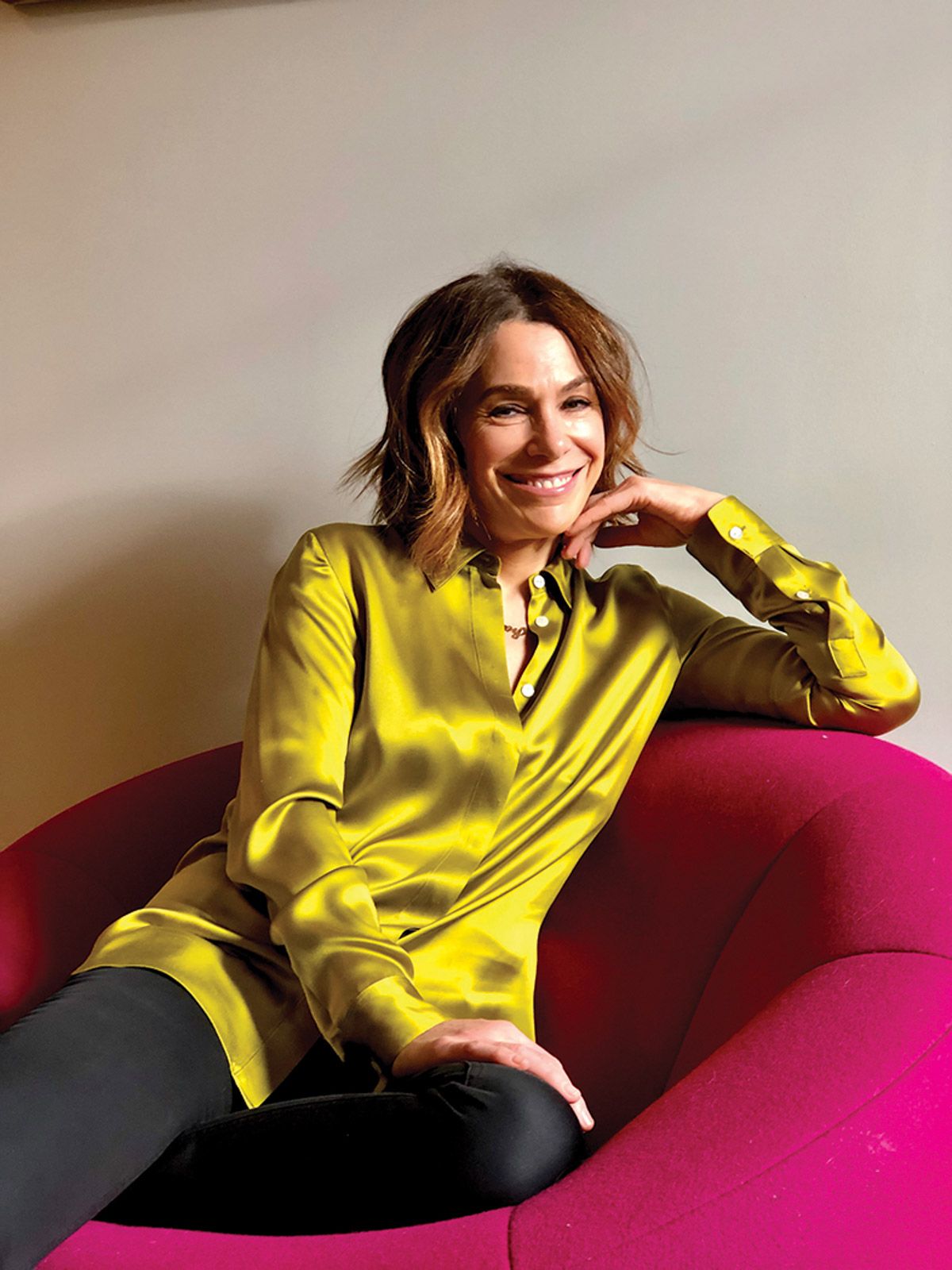 Crewdson says she is "really involved in psychoanalysis and always loved figuring out what suited a person” Photo: Craig Markus

A life in the art world may have been inevitable for Ivy Crewdson. As the only child of the sculptor Joel Shapiro, she grew up surrounded by art and artists. But finding her own way has been anything but a straight path.

Crewdson started out studying sculpture at Oberlin College in Ohio before transferring to do art history at New York University, and going on to get her masters at the Institute of Fine Arts. She worked for a decade at Barbara Gladstone’s gallery, and as an art adviser for 13 years with Allan Schwartzman, most recently at Art Agency, Partners (AAP) which was bought by Sotheby’s in 2016. But last year, Crewdson branched out alone, leaving to launch her own boutique advisory business.

“It’s been a complex journey to go out on my own,” Crewdson says, sitting at her kitchen table—her base of operations in the Brooklyn Heights apartment she shares with her two teenage children from her ten-year marriage to the photographer Gregory Crewdson. She says she learned a lot working under the aegis of Schwartzman, whose own collection she advised and who gave her great flexibility and independence, even after AAP was bought by Sotheby’s. But in March, before Schwartzman left AAP, Crewdson felt it was time to make a professional leap, with a push from Gladstone.

“Barbara said: ‘Why are you going to work for someone else? It’s so important for women to have their own business right now. You have clients, do this’,” Crewdson says. “No one’s been more influential on me than her.”

In Crewdson’s new role, she feels she is finally connecting the dots of her history. She grew up in the 1970s, shuttling between the Manhattan apartments of her divorced parents: Amy Snider, who ran the art education programme at the Pratt Institute and was involved in the pioneering feminist publication Heresies, and her father, who at the time was a rising star at Paula Cooper’s gallery along with his close friends, the artists Jennifer Bartlett (Crewdson’s godmother) and Elizabeth Murray.

“I’ve known Paula Cooper since I was born, so it’s meaningful to me to source things from Paula and know that I’m getting the right Sol LeWitt,” Crewdson says. She worked at the gallery’s front desk while she was at secondary school. Pieces by all these artists grace the walls of Crewdson’s apartment, alongside paintings by Cecily Brown, Crewdson’s best friend; Carroll Dunham, another artist she is close with from her days at Gladstone, where he is represented; and Lois Dodd, whose work she has been buying for clients lately.

I’m not that interested in the trends. There are so many things that aren’t market-oriented that I love Ivy Crewdson

Murray introduced Shapiro to his now wife, the painter Ellen Phelan, at Fanelli’s, one of the many downtown bars Crewdson was dragged to throughout her youth. “What were they talking about that I didn’t know about?” she wonders, now actively revisiting the 1970s in discussions with her father as part of her research for an upcoming curatorial project. “Everything that I took for granted has become super-engaging for me to hear the story of.”

In her work building collections for clients, Crewdson is an attuned matchmaker. “I’m really involved in psychoanalysis and always loved figuring out what suited a person,” she says. She does not turn her nose up at the idea of decorating people’s homes. “There’s everything you have to consider—the piece, where it’s from and value of course. But I’m not that interested in the trends. There are so many things that aren’t market-oriented that I love.”

During the pandemic, she has observed an embrace of figuration. “Somehow the collective fear in our culture might make an audience that gravitates towards the tangibility of painting, particularly a certain kind of figurative painting such as [that of] Salman Toor and Kerry James Marshall,” she says. The loss of in-person art fairs is significant and she is seeing dealers have to work a lot harder. But Crewdson was struck by the liveliness of the New York gallery scene last autumn, particularly in Tribeca. “Just the rigour of people putting on their mask and going [to galleries], who really look—that to me seemed resilient and interesting,” she says. And art has proven to be a good commodity. “When I look at a client’s portfolio, even if some things didn’t go way up, other things went crazy high. In general, as an asset, it’s like real estate. You live with it; it does well.”

Crewdson and Shapiro have a foundation and eventually she will be in charge of her father’s estate, as well as that of Phelan, who has no children of her own. At 79, Shapiro maintains an active studio practice. Father and daughter are good friends and speak daily about art.

“Joel would have been happy if I was a veterinarian but I think there’s comfort that I’m in his business,” Crewdson says. “I know who to speak to at an auction house or who to speak to at a gallery. I can give him advice—he doesn’t always listen. He can give me advice—I generally listen.”

• Born in 1969, the daughter of sculptor Joel Shapiro and Amy Snider, the founder of the art and design education department at the Pratt Institute. Lives in Brooklyn, New York

• Studied sculpture at Oberlin College, Ohio, before transferring to New York University to focus on art history. Gained her masters at the Institute of Fine Arts

• Started her own art advisory in March 2020