Katharina Grosse: What would our mothers say? 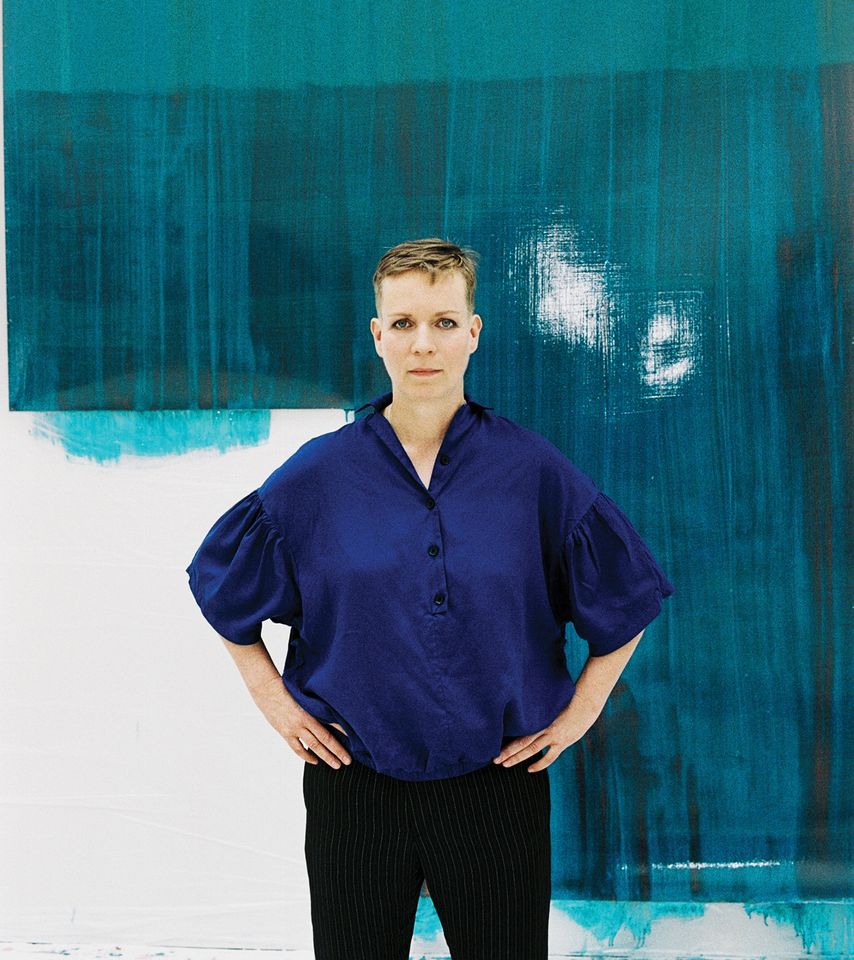 The German artist Katharina Grosse is known for her monumental, rainbow-coloured, genre-defying paintings, sprayed on to an abandoned house in New Orleans, along a railway line in Philadelphia and on a pile of soil at the Venice Biennale, among many other sites. For her first institutional show in the UK capital, Grosse has created a site-specific work in the main exhibition space at the South London Gallery (SLG, until 3 December) and is showing two documentaries by female film-makers.

The Art Newspaper: This Drove My Mother up the Wall is an intriguing title for your installation, which is literally on the gallery’s walls. What does it mean?

Katharina Grosse: It’s about the reactions that you might have to other people’s actions. What might be interesting to you might transgress somebody else’s limits of acceptance and enjoyment. It’s this steady confrontation between individuals. Within family life you often have to negotiate how you live and how you accept one another. It’s a saying in English, isn’t it? To drive your mother up the wall. It’s also what children do with felt pens, to make little drawings or notes on the wall. For me, painting can appear anywhere in our world. It doesn’t have to be on a canvas or the space above the sofa.

Given that you often paint directly on to the wall, architecture must play a big part in your practice. What were your thoughts when you first saw the space at the SLG?

It’s not only the surface that’s important, but also how the light circulates and how the space is used. I understand [the SLG] is quite a hybrid institution that is used by lots of different groups. In the middle of the installation is a glaring white void, created using a Styrofoam stencil, that can only be reached by walking across the painted edges of the room. 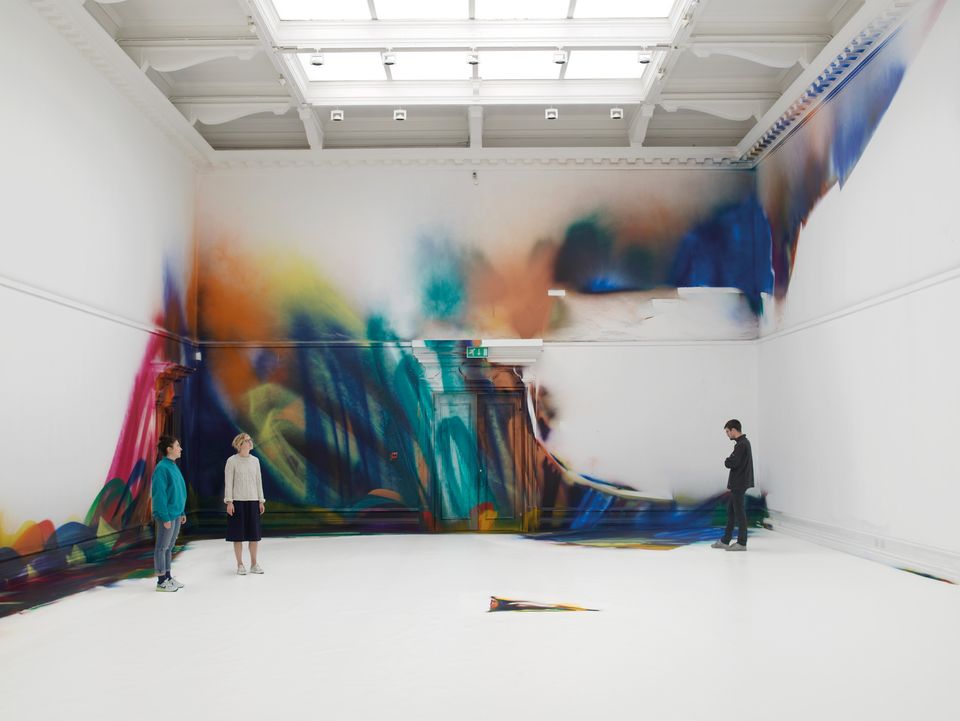 Grosse’s latest work, This Drove my Mother up the Wall (2017), is on show at the South London Gallery Andy Keate

You are also showing two documentary films by other people. One of them, The Gleaners and I (2000), is about scavengers. How did this inspire your work?

The director, Agnès Varda, reflects on the leftovers or residues that we produce in our society and how people transform these things into a meaningful way to live. She expands the idea of gleaning, by going into poetry, art and visual experiences that go beyond just having something to eat or having shelter. She even sees herself as a gleaner. In my work, there is always something that is there and another element that is not there, and these two are very important to one another. Covering an area of the floor is a kind of filtering or gleaning. When these filters, or foam pieces, are taken away, you are left with a strong sense of absence.

In the other documentary film, Women Artists (2016) by Claudia Müller, you organise your ideal group exhibition, which features eight female artists. Can you describe this fantasy show, and the significance of it being an all-female line up?

Claudia invited a number of artists, including Jenny Holzer, Kiki Smith, Annette Messager and me, to imagine how we would show works by other female artists. At the beginning, I was a little sceptical because I don’t like the idea of ghettoising, or putting women into a drawer. But the idea of curating was really fascinating. I decided to invite a real mix of artists, such as Georgiana Houghton, Valie Export, Emily Kame Kngwarreye and Maria Lassnig. I decided not just to have their works hanging on a wall, but I filled the whole space with soil and sprayed it white. Then I installed the works in this artificial landscape, so Export’s videos are shown on a huge screen embedded in the soil. There are a lot of different approaches to image-making and understanding visual culture. The outcome was surprisingly interesting. Whether these are women or not, this is a very entertaining and fresh proposal for a show.

Many female artists across the world are only just getting their dues. How do you feel about this shift in attitude?

Across society, there have been radical changes. The shift from my mother’s generation to mine is significant already, and there are so many more amazing female artists out there than before. Nevertheless, in general, women are still really suppressed. If you look at the whole situation in the world and not just at my privileged situation, there’s a lot that needs to completely and fundamentally change.

You went to art school in Düsseldorf, where Gerhard Richter taught photography while you studied painting. How did discussions there about photography and video influence your practice?

It was a time when photography was being acutely discussed. Richter was teaching, and Bernd and Hilla Becher were teaching [Thomas] Struth, [Thomas] Ruff and [Andreas] Gursky and all those photographers. But I wasn’t taught by Richter. The video artist Nam June Paik was also teaching there. So, all these different ideas were cruising around the school. I tried to make little films and video clips, but after going back and forth I decided that I wanted to be a painter. In painting, I can compress movement in a different way to video, where movement happens sequentially. I do use montage, in that I stick one layer on top of the other, certainly in my studio-based painting. The way that colour can stream through a moving image I find very fascinating. And the way colour can emanate from a lit screen also influenced me. But the concept of time in painting is very different to that in film.

• Katharina Grosse: This Drove My Mother Up the Wall, South London Gallery, until 3 December

Portrait of a pandemic: five works at Art Basel that confront Covid-19

Portrait of a pandemic: five works at Art Basel that confront Covid-19

'The Europeans are back and buying': sales flow steadily at first Art Basel since the pandemic

'The Europeans are back and buying': sales flow steadily at first Art Basel since the pandemic

'I was always fascinated by the paintings of Goya': Philippe Parreno on his new video work at the Beyeler

'I was always fascinated by the paintings of Goya': Philippe Parreno on his new video work at the Beyeler