Larry Bell: Through the looking glass

With an exhibition at ICA Miami, we speak to the artist about his innovative work, from transparent cubes to sensuous colour installations 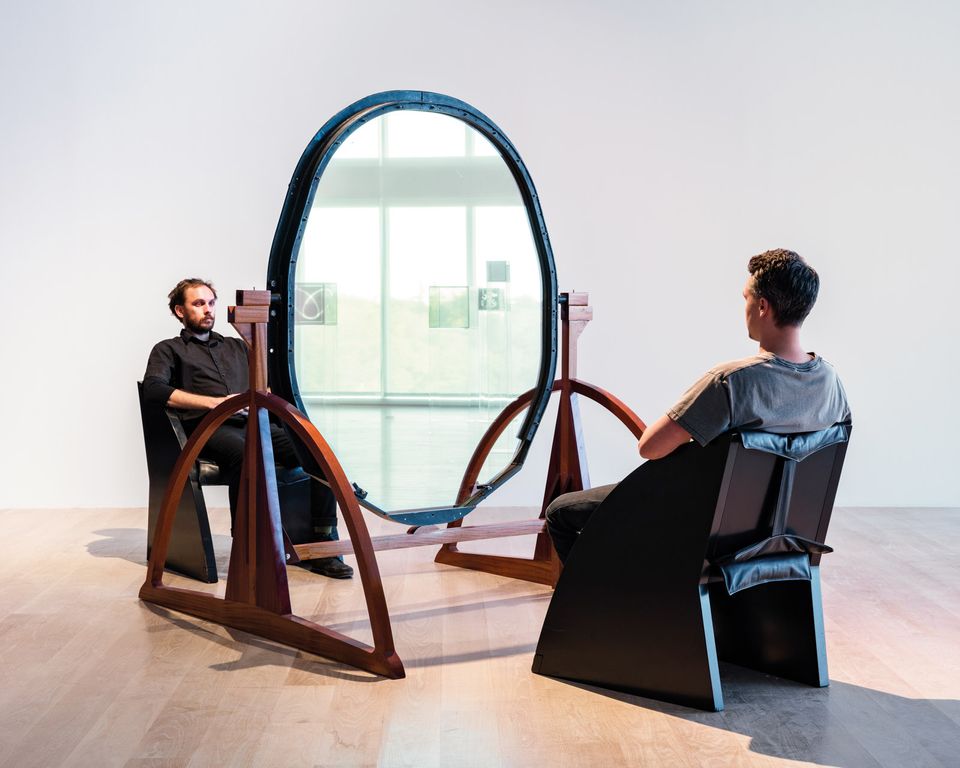 The US artist Larry Bell has spent the better part of 50 years investigating the properties of light and how it interacts with surfaces, pushing the boundaries of sculpture and perception. “I’ve always considered everything I’ve done to be experimental,” explains the 78-year-old artist. Bell, who splits his time between Los Angeles and Taos, New Mexico, uses industrial materials and techniques as part of his never- ending exploration of light, shadows and reflection. One of the leading artists to emerge from California’s 1960s art scene, he is known particularly for his transparent glass cubes. These works, as well as rarely exhibited, immersive, room-sized installations are now on display at the Institute of Contemporary Art, Miami. The show is the artist’s first major survey in four decades. Meanwhile, at Art Basel in Miami Beach, fair-goers can find his glass and Plexiglas sculptures and an early painting at the Hauser and Wirth stand. 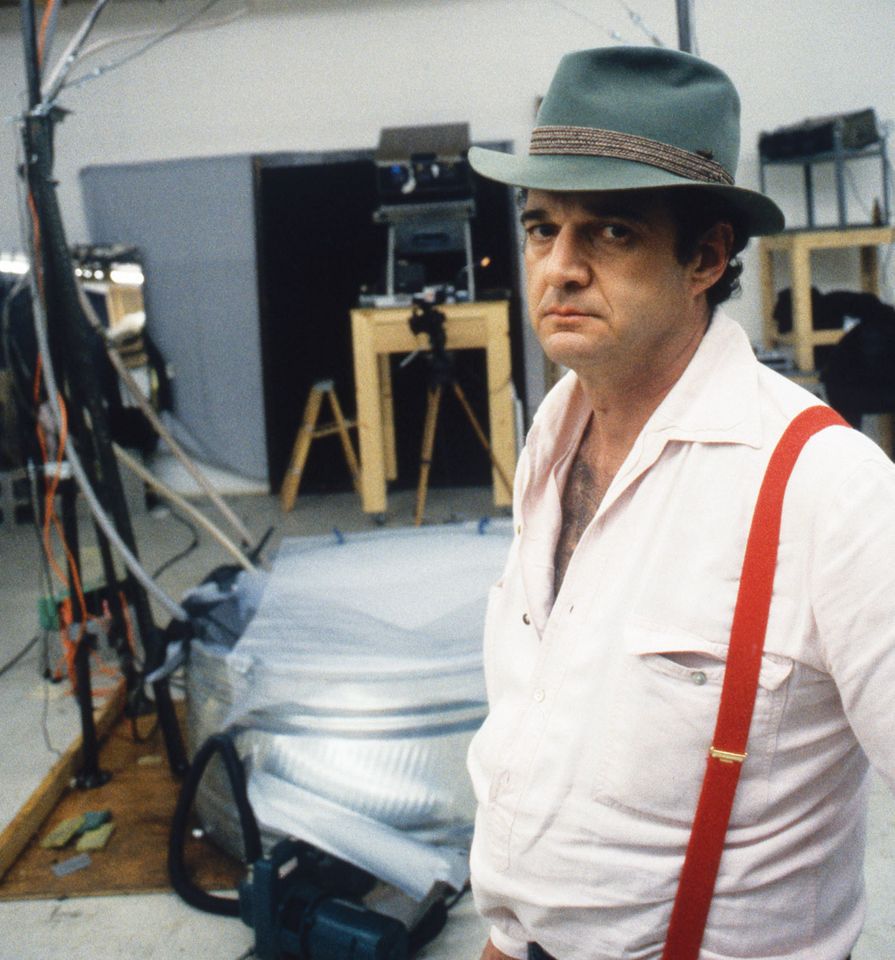 The Art Newspaper: Innovation is a reoccurring theme in your work, in terms of your use of materials and techniques, exploration of light and surfaces and approach to sculpture. Where does your interest in innovation come from?

Larry Bell: My challenge has always been to make things that I have not seen before out of materials not used [in the same way] before. I also want the pieces to be different each time. I have always tried to use materials I am comfortable with, ones that are versatile and have a decent shelf life so they can be stockpiled. I want to be able to be spontaneous and intuitive, so that the work is not forced. Glass allows me to do this because it has a shelf life of millions of years. I also like glass because it transmits, reflects and absorbs light all at the same time.

Had you always wanted to be an artist?

When I graduated from high school my parents told me I could do whatever I wanted—find a job or go into the military—anything but sit around the house and watch television. I had no particular talent or interests aside from music; I briefly flirted with the idea of becoming a troubadour. One thing I did know was that I did not want to work for anybody [in the traditional sense]. So I decided to go to the Chouinard Art Institute [now CalArts] to become an animator for Disney.

There are also works resurrected from my past that I have not seen in years… some still haunt me.

How did you go from wanting to be an animator to becoming a sculptor?

I found art school tedious aside from painting. I really liked the fine arts teachers and wanted to hang out with them, so I switched from animation to painting. I ended up moving into sculpture by following the work that I was making. It was the work that suggested what I should do next. I did not know that I was capable of this kind of dedication. I just followed my work. It is the teacher and it has always been that way. It is how I live my life.

You went to the Chouinard Art Institute at an incredible time in terms of the artists who taught and studied there. How did your experience influence your career?

Art school was a tremendously influential time for me. I met people like Ed Ruscha and Joe Goode. Robert Irwin was the most influential of my teachers and the most charismatic guy I had ever met. He used to hang out at the bar with artists Ed Moses and Ken Price and I would often go along. The relationship we had was familial. It was like a tribe of characters who were all supportive of each other because of the respect we had for what each was doing. 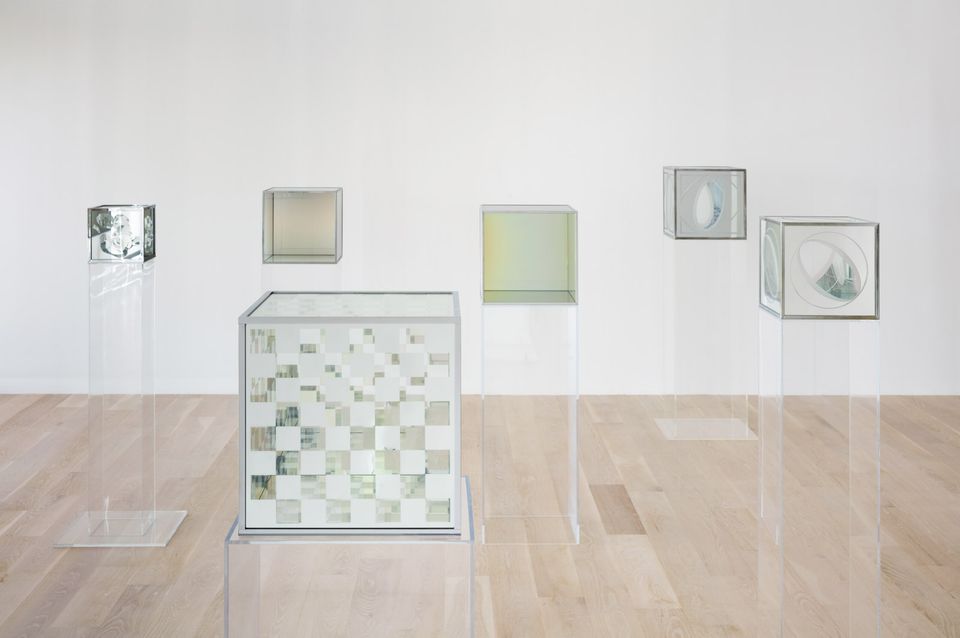 This is your first major museum survey in four decades. What can visitors expect?

It contains older pieces such as The Cat [1981], which is a big glass piece, Time Machine and a wall piece from 1969-70 with black and white stripes that slices the light like an egg slicer slices an egg. There are also works resurrected from my past that I have not seen in years… some still haunt me.

It also features major immersive installations, including Black Room (1970)—a pitch-black room with only a hint of light on the horizon—that have not been shown in decades.

Black Room is one of the most dynamic pieces in the show, but you can hardly see anything in it and that is the point. When I made it, I was trying to dilate my pupils at will. I had met [the scientist] Ed Wortz who worked on the Apollo moon landing, focusing on the environment the astronauts had to live in. He told me about a tribe in South America who learned to stem the flow of blood from a wound. So, I thought that if these people could be so sensitive to how their muscles feel why can’t I train my eye muscles to dilate. I tried doing it three or four times a day for six months and all that happened was that my pupils dilated faster. I never learned how to dilate them at will. When Black Room was shown at the Museum of Modern Art in New York years ago it was completely trashed; people played grab ass in the dark and kicked holes in the wall. It was taken off view and has not been shown since.

What do you hope visitors take away from the exhibition?

I hope they have a good sense of humour about the whole thing, and see the show [as a reflection] of a particular period in time. These pieces were experiments. I did not necessarily think of them as art pieces, but rather projects I was doing to learn how to do something else. They are evidence of what I was interested in, and thinking about, at the time.

How involved are you in the conservation of your work?

Although I will help anyone who [is tasked with] fixing my work, I am an artist and my job is to create, not to conserve. People often want to interfere with the life of a piece, and I personally feel that everything on the planet has the right to its patina. There is this wonderful blush that happens to my early cubes when trapped humidity condenses. I think this should be left alone because how a work matures is part of its life. If you polish a gold coin and remove its patina, you cut its value in half; I feel the same way about my work.