The media industry 'has changed beyond all recognition': Magnum's new CEO on adapting to the digital landscape 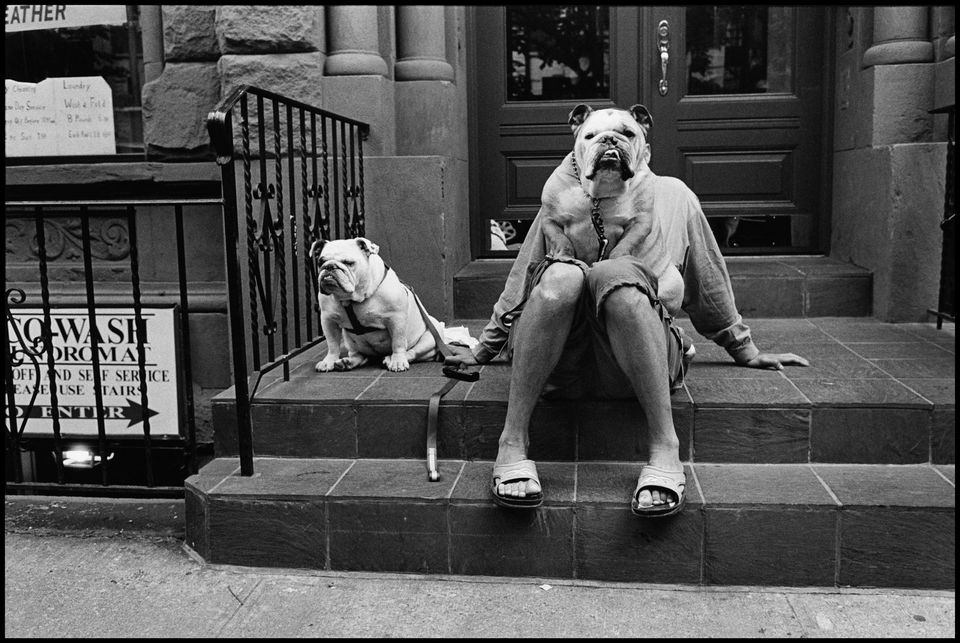 Magnum Photos new chief executive officer Caitlin Hughes has promised to create a more “nimble” photography agency that partners with organisations “in more purposeful and meaningful ways,” whilst also promising to “bring the voices of Magnum’s membership together”.

The Magnum photo agency was founded by Henri Cartier-Bresson as a collective, in which all members have an equal say and dividends are split evenly. But, in recent years, the agency has become subject to something of a generational split; on one side long-serving members who joined in the agency’s heyday and remain firmly wedded to the agency’s founding principles, and on the other a younger generation of photographers more versed in how documentary photography can exist in the context of a media industry driven by the vernacular and ‘user-generated’ imagery of social media.

“There's the question of how Magnum works with that, and how we remain nimble inside our organisation,” Hughes says. “I think there’s an opportunity for Magnum to partner with organisations in more purposeful and meaningful ways. But they have to be the right partnerships with the right people." 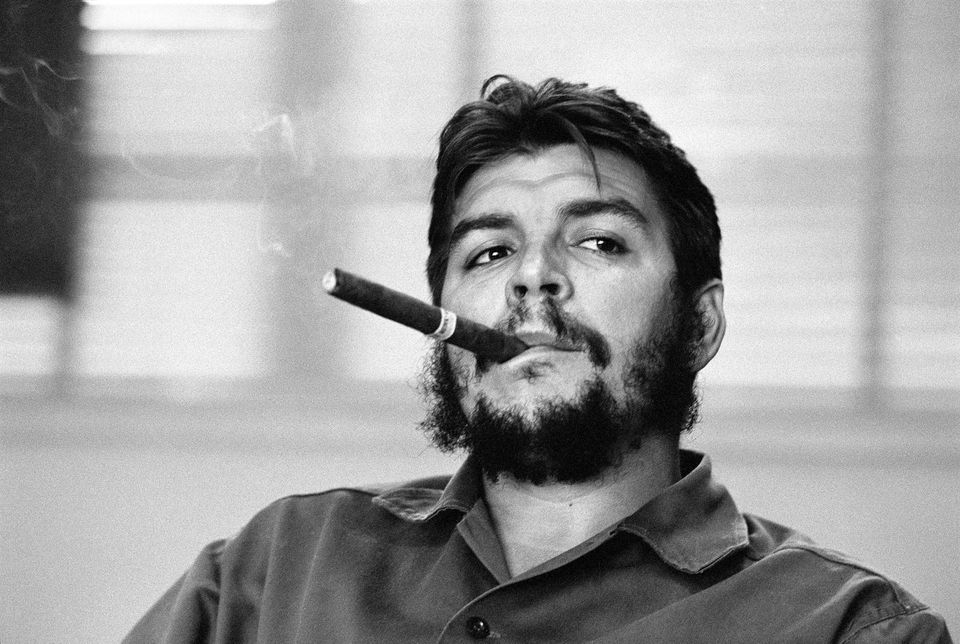 People associate Magnum with photojournalism: Rene Burri's image of Ernesto Guevara (Che) at the Minister of Industry for Cuba (1961-1965) during an exclusive interview in his office © Rene Burri/Magnum Photos

Hughes’s appointment comes after a sustained period of concern for the agency’s financial health amidst the photographic community. Hughes succeeds David Kogan, the former chief executive officer, who described the agency as running in “perennial financial chaos” when he took the reins in 2015. Sources from inside the collective have consistently shared concerns the agency has failed to adapt to digital consumption habits and were thus losing out to less well-established rival agencies.

Speaking to The Art Newspaper, Hughes pays homage to Magnum’s history as a collective. The agency’s members “are the owners of the organisation, it’s their organisation and they will be the ones who really determine their future,” she says. “But I’m here to bring their voices together.”

Hughes points out that the established media industry “has changed beyond all recognition.” Editorial assignments for newspapers “were what Magnum became famous for. They were our bread and butter, and are in our DNA. But we can’t bring that market back.”

After taking the reins on 30 September, Hughes has already began to formulate new ideas of how Magnum can become more “digitally inclusive” and begin to explore ways to work with a new type of client-base. 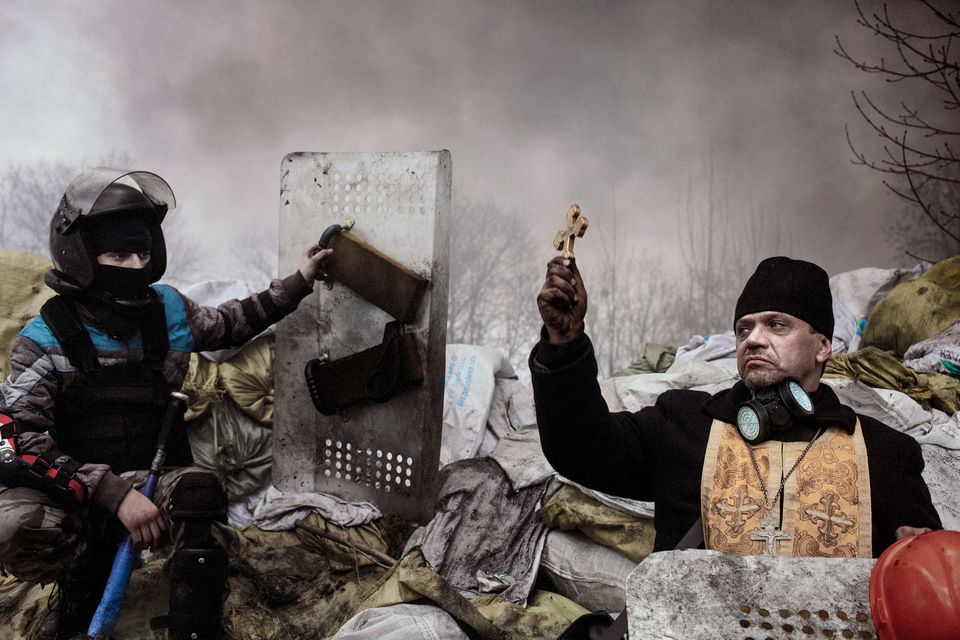 “I think people associate Magnum with photojournalism, but my observation coming in is of the breadth of our portfolio, and the number of photographers we represent who can work in a huge range of styles of interest. We have this great variety which I think can sometimes be forgotten about.”

Hughes’s task will be to adapt the organisation so it can be more responsive to the needs of partners beyond the traditional media. “I have already had glimpses of untapped opportunity,” she says.

Hughes admits she is “in some ways a strange fit,” for Magnum, as she does not have a photography or arts background. She will lead the agency, now in its 72nd year, after joining from the tech advisory firm Halios Ltd, which she founded, as well as working as a non-executive director of Juventus Football Club and a trustee of the David Nott Foundation, which provides surgical training for doctors and nurses working in conflict zones.

The bulk of Hughes’s recent experience comes from business development and strategy roles at the BBC’s commercial arm BBC Studios, where she also helped to roll out a range of online initiatives including iPlayer, iPlayer Radio and BBC Playlister. 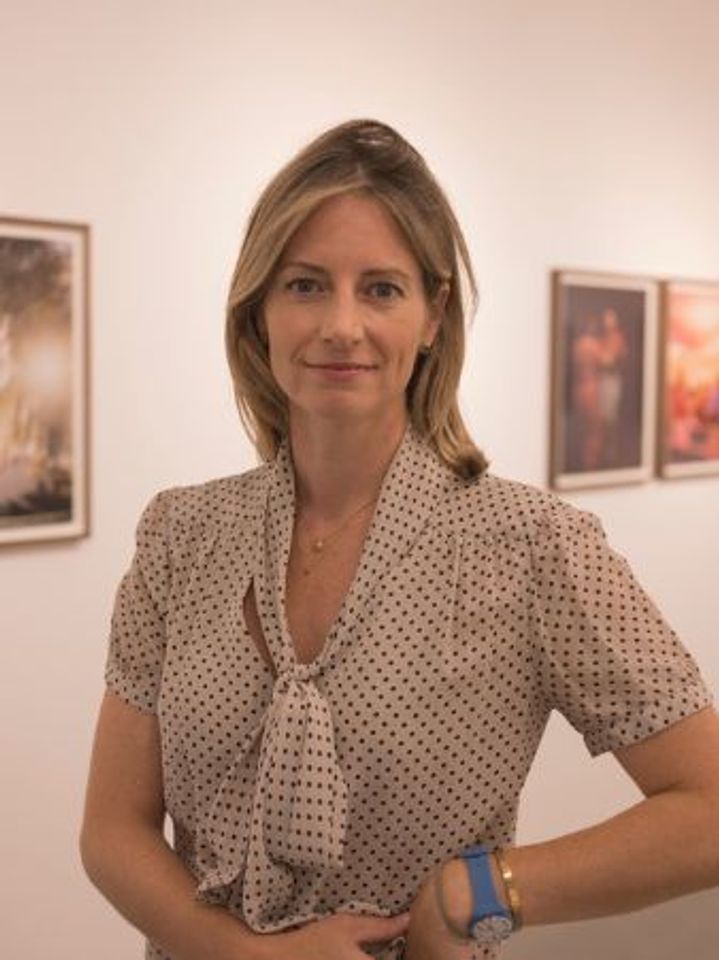 Hughes assumes daily responsibility for the running of the historic photography agency’s global business, which spans three offices in Paris, New York, and London. Hughes will now work closely with the 46 full members of Magnum, as well as the agency’s numerous contributors, associate members, nominees and estates. Her team will continue to represent the photographers on international assignments, intellectual property licensing, e-commerce and events.

“I’m not coming with a fixed manifesto of how things should be,” she says. “I’m going to be careful to listen to the photographers and the staff and our clients and partners to get a broad perspective on what our opportunities are.”

Caitlin replaces David Kogan who left Magnum in March “to pursue new ventures,” the agency said in a statement. Kogan had spent his career working in newspapers and broadcast, most notably as Global Managing Director of Reuters Television throughout the 1990s.

Under Kogan’s leadership, the agency recently launched a dedicated B2C division, as well as an online education course, and has recently worked on commercial projects with companies like Airbus, HSBC and The Boston Consulting Group. Hughes will now look to scale up that part of the organisation.

“I think it’s my job to help people understand that Magnum is much broader than its roots,” Hughes says. "But we haven’t departed from the values that make the agency what it is: the purpose and authenticity behind the work with an obsessional quest that means Magnum photographers always create the very best images.”