The women taking charge in the Gulf's rising art scene

With many of the region’s museums, fairs and festivals under female leadership, we talk to three key decision-makers It is no secret that the art ecosystem in the Gulf is dominated by women. Much more than figureheads, there are female royal patrons, experienced expatriates and homegrown professionals leading cornerstone institutions including Abu Dhabi Music & Arts Foundation, 21,39 Jeddah Arts, Qatar Museums and Sharjah Art Foundation.

Western observers often delight in pondering why so many women are at the forefront of this scene, a relative newcomer to the global art world. “How is it possible that women’s voices can be heard so loudly in the Middle East?”, they ask, through thinly veiled Orientalism.

To the women themselves, gender is almost a non-issue. The Art Newspaper spoke to three female directors who are shaping the future of museums in the Gulf about their efforts to build creative communities, embrace inclusivity in the workplace and reveal the relevance—beyond the beauty—of Islamic art. 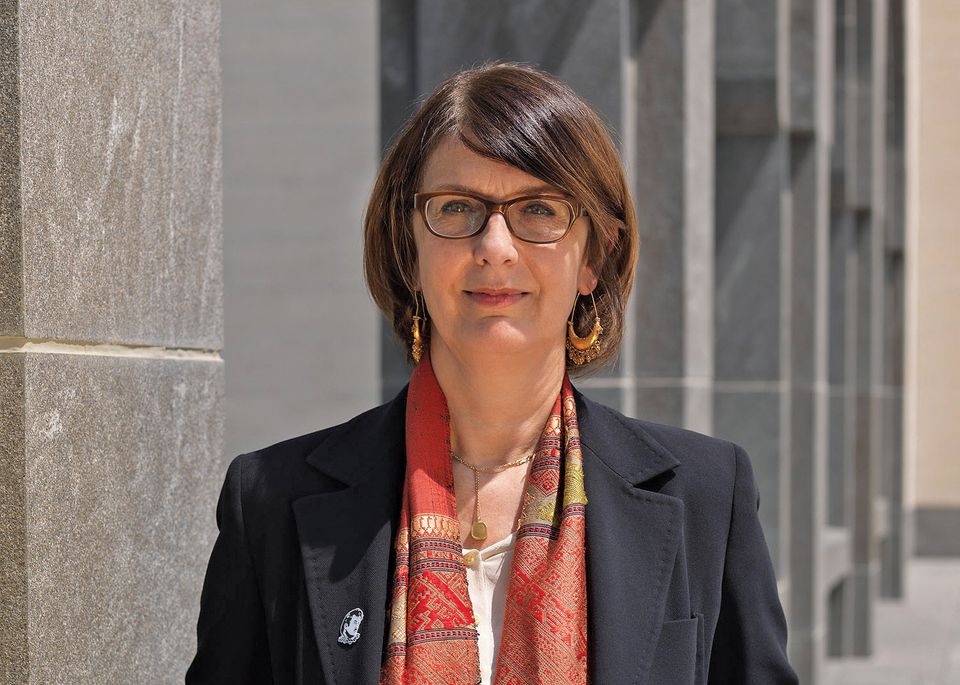 As a young archaeology student, Julia Gonnella participated in the German Archaeological Institute’s excavations of Raqqa in Syria in the late 1980s. In 2017, she became the director of the Museum of Islamic Art (MIA) in Doha, which is currently celebrating its tenth anniversary. The former curator of Berlin’s Museum of Islamic Art is already making her mark by co-organising Syria Matters, a timely exhibition of pre-Islamic and Islamic artefacts that seeks to highlight the country’s critical cultural contributions to world history at a time when all the world sees are images of bombed-out buildings and suffering civilians.

Gonnella is adamant that museum directors should have a strong curatorial background and occasionally flex their muscles to set an example. Syria Matters (until 30 April 2019) embodies her mission at the MIA to “address topics which are relevant” to contemporary viewers and to the region, “not just showing nice pieces of Islamic glass from the third century or some beautiful manuscript”.

Since the museum opened in 2008, Qatar has developed a thriving cultural tourism sector. The MIA received just over 450,000 visitors in 2017, and numbers are rising as Doha becomes an increasingly popular stopover point for cruise ships and international air travellers. But Gonnella hopes visits are about more than just a picturesque selfie with the I.M. Pei-designed building. “There’s more to the art in the museum than seeing its beauty and feeling breathless,” she says. “You want to learn where Islam comes from, what it means, the history behind it.” She is planning to develop new storylines in the permanent collection displays over the next two years, while various apps are in the works to boost digital engagement.

Does being a woman and a German expatriate present any particular challenges to museum leadership in Qatar? Gonnella is sanguine. Her core curatorial team is female and includes Qatari as well as international talent. “Ladies in the cultural arena here can get much further than they can in Europe,” she says. “When I think of my previous posts in museums, there were all male directors, while here you have mostly female.” 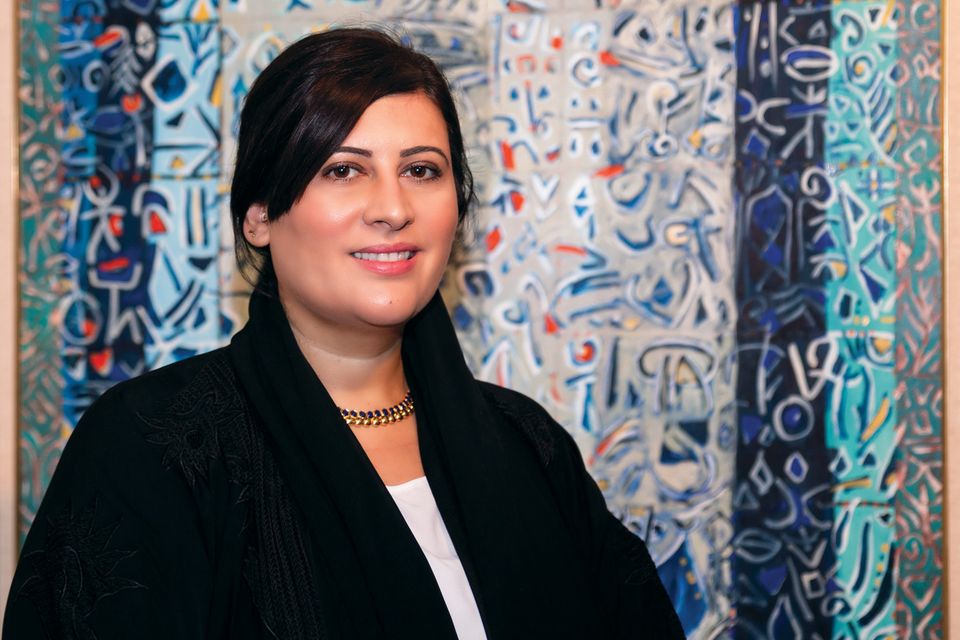 Manal Ataya chose to pursue a master’s in Museum Studies at Harvard University when no Emiratis had the degree and most had never heard of museology. But the lack of job prospects at home did not discourage her. After graduation, in 2006, she was hired by the Sharjah Museums Authority, initially in a deputy role but closely mentored from the start by the emirate’s ruler, Sheikh Sultan bin Muhammad Al Qasimi.

She still remembers the pressure of needing to prove herself: “Before he promoted me, His Highness told me, ‘You are going to be director of this authority in the future, but first you need to learn.’ I was going into a field in which I had no peers and it was a lot of responsibility for someone who didn’t have years of experience.”

Appointed director-general in 2008, Ataya oversaw a significant expansion and rebranding of the government department. Thirteen years on, she directs 16 museums and heritage institutions including Sharjah Art Museum, Sharjah Museum of Islamic Civilization and Sharjah Archaeology Museum. The art and artefacts that form the basis of the museums’ collections are acquired by Sheikh Sultan personally and he regularly writes the accompanying wall texts himself.

In 2015, Ataya launched a mentoring initiative to propel women into management roles, while the Sharjah Baby-Friendly Emirate public health campaign introduced lactation rooms in the museums to complement a longstanding policy giving female staff an hour a day off for breastfeeding or expressing. Ataya now has so many qualified female colleagues that she recently opened the leadership initiative to men. When asked why, she is blunt: “At the end of the day, if you are a feminist you have to focus on equality.”

Ataya’s chief goal is to make a local audience proud of their shared Arab, and often Muslim, heritage. “We are also committed to broadening our audience’s exposure to other cultures and how they connect with ours,” she says. Sometimes those links are unexpectedly moving, as in the case of Lasting Impressions, an exhibition series at Sharjah Art Museum celebrating major Middle Eastern artists. The present edition (until 15 December) focuses on two Modernist painters, the late Ismail Shammout and his widow Tamam El-Akhal, who have kept Palestinian struggles and dreams of nationhood in the public eye for more than five decades. Ataya says she has observed visitors crying while taking in the show. Antonia Carver, the British-born director of Art Jameel, says: “There is a perception from outside that the Gulf is a very patriarchal society, so probably in the arts there must be a struggle for women. The reality is very different.” In fact, she has recently attended meetings to discuss “how to get more men into the arts and ensure they have an equal opportunity to women”. She suggests that while the arts may once have been viewed as “fluffy” compared to engineering or medicine, that notion has fallen by the wayside as the Gulf states have begun to heavily invest in culture.

Carver’s own career took off after she relocated from London to Dubai in 2001, working in publishing before serving as the director of the Art Dubai fair from 2010 to 2016. She joined the private non-profit Art Jameel to launch two contemporary art spaces. Jameel Arts Centre opened last month on Dubai’s Jaddaf Waterfront, while construction on Hayy: Creative Hub, a 17,000 sq. m district in Jeddah, is scheduled for completion in 2020. Art Jameel is fully funded by the Jameel family of Saudi automotive magnates, who have invested much of their wealth in poverty alleviation.

The new projects are not cookie-cutter franchises. Jameel Arts Centre houses exhibition galleries, an events space and the country’s first library dedicated to Gulf exhibition history. Hayy will give the nascent Jeddah arts community a Jameel-led exhibition venue, artists’ studios and 12 spaces for partner organisations, including commercial galleries and entrepreneurship incubators. Entry to both is free.

In a bold move for a country where mixed-gender concerts have only just been legalised and live performances are still a novelty, Hayy will also include a partner-run theatre and comedy clubs. But will artists be prepared to take experimental risks or will they continue to self-censor for fear of a government clampdown?

Carver says that the Saudi authorities have no involvement in curatorial decision-making. “I think there is recognition that this kind of expertise is our area to contribute.” While Art Jameel is “not necessarily here to shock or try to create radical change”, she believes the value of art is to “ask difficult questions, open-ended questions, and reveal the most complex side of things”.