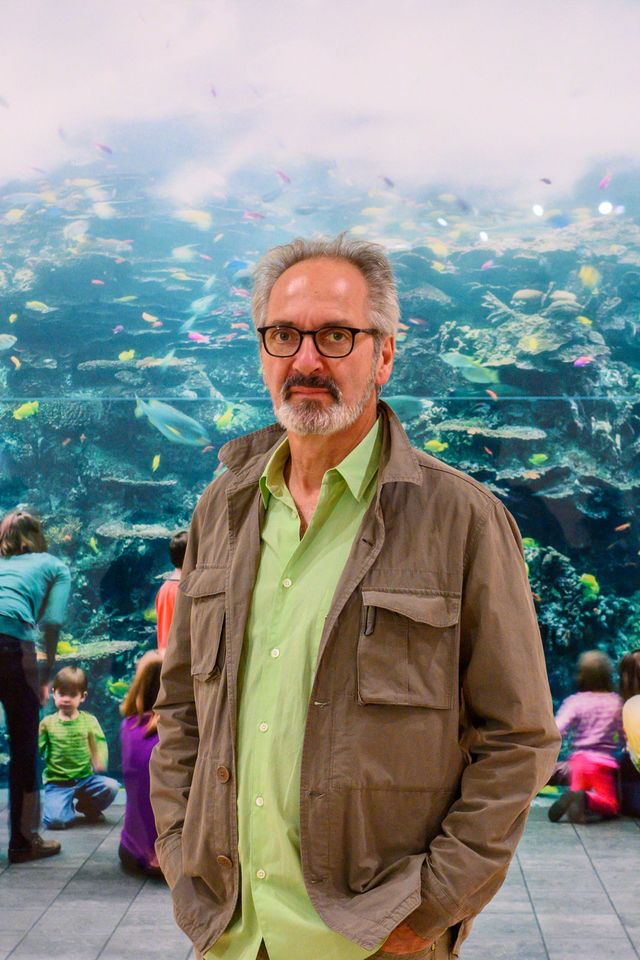 Two years ago, Thomas Struth caught a coach from the Spanish seaside city of San Sebastian and through the Basque countryside, before arriving at the Frank Gehry-designed Guggenheim Museum in Bilbao. He had never visited the famous gallery before, but they had recently announced they would host a career retrospective of the celebrated German conceptual photographer’s work.

“It was my first visit, and I remember looking at it and reflecting on what I would put where - which body of work would go in which rooms, how to make it an experience in time and space,” Struth says. “I have to confess at that moment I thought: ‘I’m going to cancel. It’s just so bizarre’.”

With more than 130 works on show, the Guggenheim retrospective, which opens today, traces Struth’s sizeable contribution to contemporary photography over the course of four decades: from his initial, tentative search for his own artistic form of expression in post-war Germany, which culminated in dispassionate studies of architecture and urban planning, through to the complex groups of works of recent years, which involve family portraits, crowds in the world’s biggest museums, landscapes and studies of deceased animals. 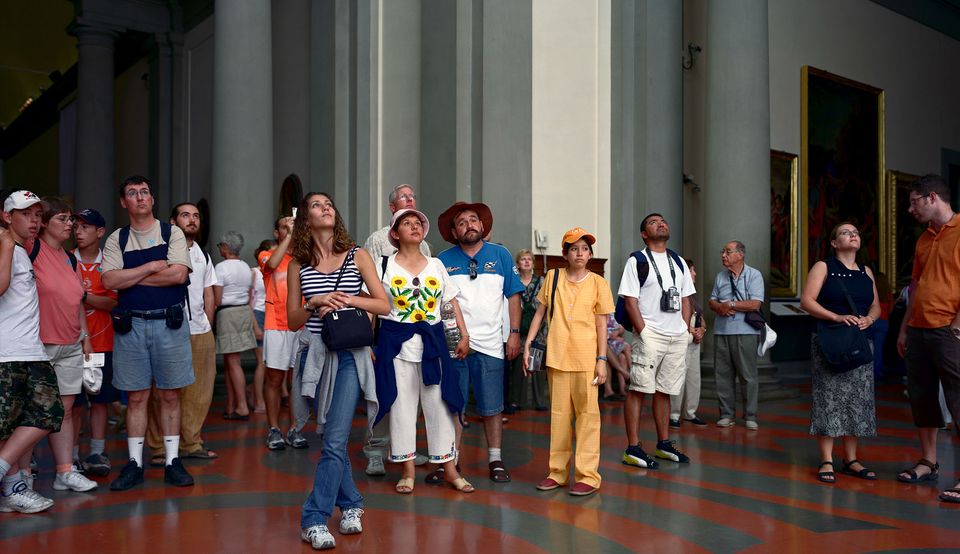 Struth was born in the West German city of Geldern in 1954. His childhood, he says, was characterised by noticing, across German society, “a lot of suppressed emotions, and something underlying and unclear—a charged dynamic that was difficult to decipher and difficult to deal with”.

After growing up in Cologne, Struth found a place at the Kunstakademie Düsseldorf, and came under the tutelage of a German conceptual artist who, at that stage, had not received much in the way of international recognition. His name was Gerhard Richter.

“Herr Richter was the first professional artist I had ever met,” Struth says. “He worked very passionately, but with a critical distance to what he was doing—in a strategic, analytical, systematic manner.” 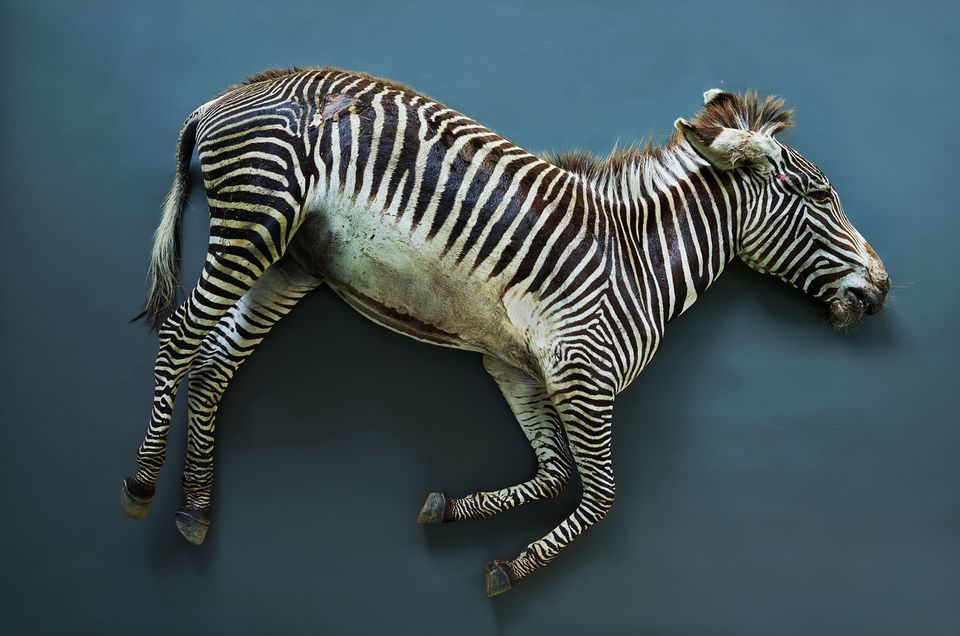 Struth speaks of sensing his society’s desire to leave behind the experiences, crimes and consequences of the Second World War; of a conscious effort to create and sustain a sense of normality. The most visible manifestation of this process of healing was the reconstruction of ruined cities in the era now known as the Wirtschaftswunder (economic miracle).

While still studying painting under Richter, Struth used the Academy’s open-day exhibition in 1976 to exhibit sequences of photographs he had taken of Düsseldorf’s deserted streets. Using a 35mm camera, he had found a way to isolate and bring to focus the city’s geometric designs. He had begun to educate himself in the pioneering American conceptual artists of the age, such as Ed Ruscha and Stephen Shore. Via photographs that, at first glance, can appear happenstance and unremarkable, he learnt how these artists were able to prioritise the communication of an idea over the technical execution of the work.

“For the first two weeks, I could hardly speak, I was so shocked by [New York]” Thomas Struth

When Bernd Becher began teaching at the Kunstakademie in the same year, Struth switched into his class, becoming one of the now world-famous first students of what became known at the Dusseldorf School of Photography, and learning alongside Candida Höfer, Axel Hütte and Tata Ronkholz.

Under Becher’s eye, Struth continued his photographic study of Düsseldorf, before extending his investigation to other cities. He gained a grant to study at the New York Academy of Art in 1977, and patiently and relentlessly photographed the streets of Manhattan—empty of people and traffic—during his nine-month stay.

It was, he says today, “a life changing experience”. New York, he says, “was very intimidating and scary. For the first two weeks, I could hardly speak, I was so shocked by it.” 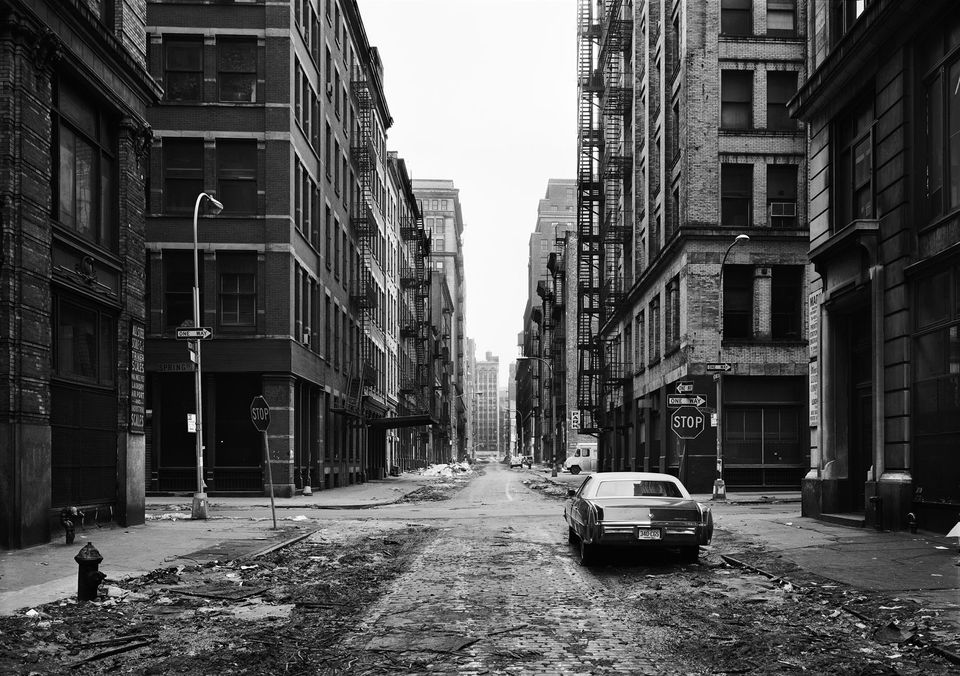 Struth recounts how his parents provided him with enough money to buy a tripod, lenses and other equipment. Struth would set out every morning with all his equipment, as a well as a 5x7 large format camera, strapped to his back. “On the first day, I was immediately attacked by homeless, drunk guys,” he says. “I had no money for taxis, so I carried everything by foot and on the subway.”

“But I went to New York with a plan, a very clear mission,” he says, “to photograph the streets, and hope they might reveal their nature.” The images from Düsseldorf and Manhattan, rarely seen and now almost 50 years old, form the introductory chapter of the Guggenheim retrospective. For anyone searching for a way into Thomas Struth’s work, they are a quite beautiful entry point.