Douriean Fletcher, who made the jewellery for Black Panther, speaks at the National Museum of Women in the Arts 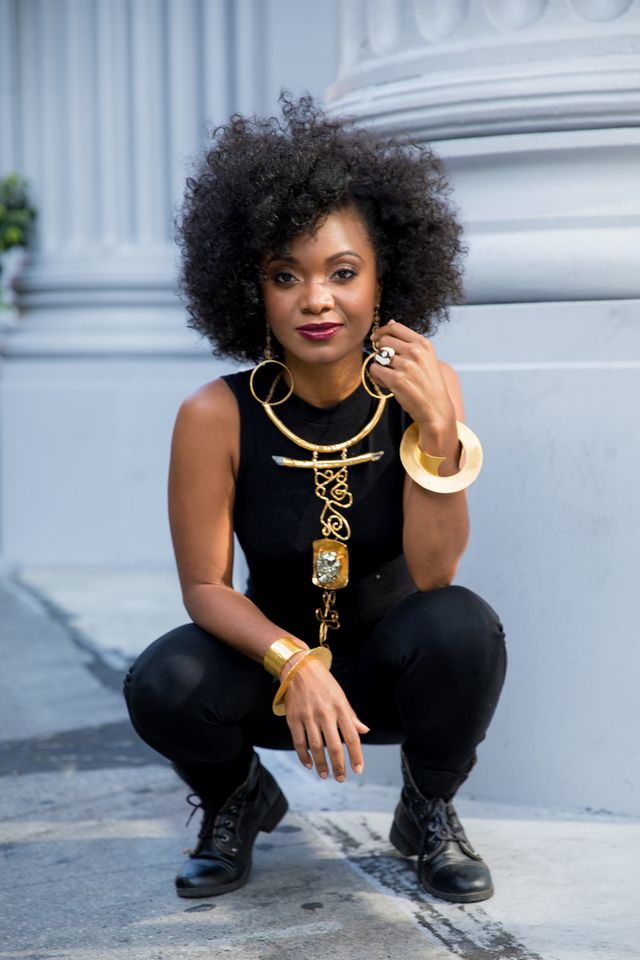 The jewellery artist and metalsmith Douriean Fletcher, the woman behind the aesthetic of Wakanda’s warrior women in the 2018 blockbuster Black Panther, is bringing her vision to the National Museum of Women in the Arts in Washington, DC on Sunday, 30 June. She is participating in the museum’s latest instalment of its Fresh Talk series, “Accessories to Action—Adorning Wakanda”, and will look at how objects including armour and jewellery helped expressed the power of women in the society of the technologically advanced fictional African country.

Fletcher plans to discuss her experiences working on Black Panther—“I know people want to know, that’s why I’m there!” she says—the imagery she referenced and the process. “There’s a difference between designing and metalsmithing,” she explains. Black Panther was Fletcher’s first time working on a movie, and she became the first Jeweller in the Motion Picture Costumer Union, Local 705—its own kind of pressure, she says. Making jewellery and other adornments for a film comes with different challenges and requirements than for everyday wear. For instance, “If someone is wearing a big piece [of jewellery] in real life, they might have to adjust it during the day,” she says, while in a film, everything needs to be easy and safe to move in, including the large pieces of armour she designed for the Dora Milaje, the group of elite special forces women who defend Wakanda and the Black Panther hero. She also had to use materials like glue that are not normally part of her practice, and techniques to make the metal more matte, so it would not be too reflective on camera and would read well.

Fletcher worked closely with the costume designer for the film, Ruth Carter, who won the Academy Award this year for Best Costume Design for her work in Black Panther. “One thing we still shared is making sure that the jewellery was very feminine and very strong at the same time,” Fletcher says. She and Carter drew inspiration from works by African tribes and ethnic groups including the Maasai, Zulu and Tuareg people, as well as jewellery by designers such as the artist Alexander Calder. For the Dora Milaje, Marvel “had their idea and their concept of what they wanted that to look like, and I supported that”, Fletcher says.

Her favourite piece was the dark-coloured dress worn by Ramonda, played by Angela Bassett, in the promos for the film. “The strength and the pride came from using bold crystals, bold jewels, bold colours—and strong design,” Fletcher says. With the costumes and jewellery for the film, “we were just communicating this unapologetic pride of being Wakandan, knowing they are the most technologically advanced country in Africa,” she says. 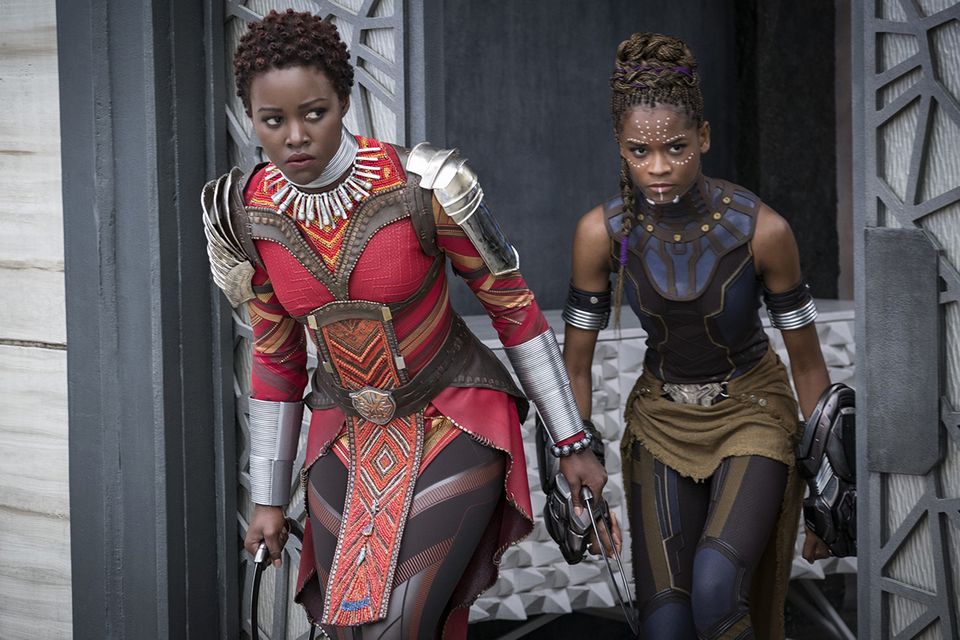 During the most challenging moments of making the film—like the 12- to 14-hour work days—Fletcher says someone told her: “You have to remember you’re helping build a legacy with this movie.”

Of the whole experience, she says: “The most rewarding part was knowing that little African American girls could see someone that looks like them and that looked powerful.” She cried when she first saw Black Panther. “I loved comic books when I was younger, and my favourite was [Marvel’s] Storm,” she says. “In movies, Storm is light-skinned and with long hair. I never saw beauty look like me so I was excited for young girls to be able to see this.”

She also recalls a trip to Detroit where a dance troupe of young girls performed in Dora Milaje costumes. “They gave me a hug afterwards thanking me for my participation, and I just bawled,” Fletcher says. “I was pregnant at the time and I was super emotional, just thinking about how this was going to affect my child, and seeing how much of an impact it had on young children to see themselves as superheroes.”

Fletcher will be speaking with Maia Nuku, the associate curator for Oceanic Art at the Metropolitan Museum of Art in New York, who has organised the museum’s current exhibition, Atea: Nature and Divinity in Polynesia (until 27 October), and Ayana Omilade Flewellen, a postdoctoral fellow at the University of California Berkeley, who is co-directing a multi-year archaeology project that looks at the history of the African slave trade and emancipation on the Caribbean island St Croix.